The Sun’s attack on Muslim MP's links to ‘extremist’ backfires, as paper's own ties exposed - Canary 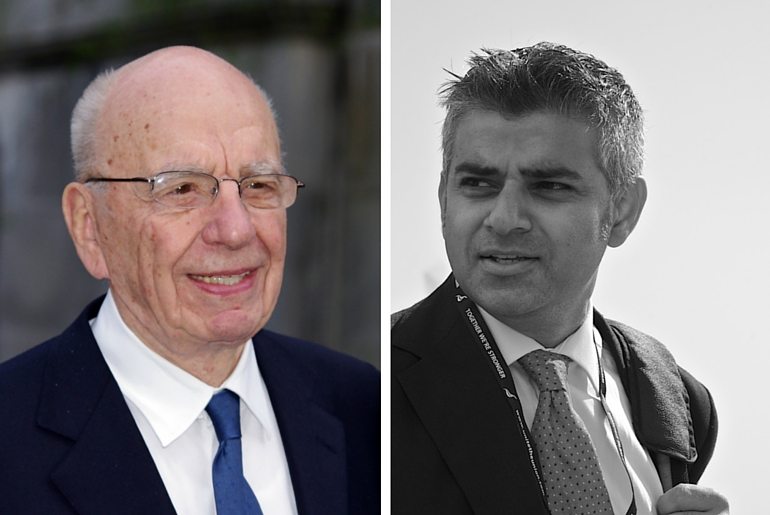 The Sun has tried to label Sadiq Khan, Labour MP and candidate for London mayor, as a Muslim extremist in their latest round of attacks. They claim Khan has links to a hate preacher but, in an embarrassing turn of events, it appears it is the Sun that has links to this man. The man in question is part of a law firm that represents The Sun as one of their main clients.

The paper is notorious for its scaremongering tactics. Last year, it ran a front page making the accusation that one in five Muslims in the UK has sympathy for jihadis. However, the news item was later debunked, because it emerged that The Sun had completely twisted the original poll, and utterly misrepresented the results.

This time round, on 12 February, the paper claimed that Sadiq Khan had questions to answer about his links to Makbool Javaid. Khan’s sister was married to Javaid, but they divorced in 2011. The Sun has claimed that Javaid was part of an extremist organisation in the 90s that called for Muslims to launch jihad, and that even praised al-Qaida.

However, Javaid denies ever being a spokesman for the group or knowing they were a hate group. The Political Scrapbook has revealed that The Times published a story on Javaid in 1998 and an Editor’s note at the end of the article read:

We accept Makbool Javaid’s assurances that he does not support and has never had any contact with Osama Bin Laden, and that he has never supported or been involved in any terrorist activity of any kind.

Javaid asserts that he only attended rallies as a legal observer and had only spoken out against Islamophobic discrimination at certain rallies.

Khan has said that he hasn’t had contact with Javaid in a decade, and that he has “always condemned the hideous organisations that promote extremism”. Despite this, the Sun has attempted to paint him as some kind of terrorist sympathiser.

Javaid is now a partner in a law firm called Simons, Muirhead and Burton. What the Sun omits from its article on Sadiq Khan is that the paper itself is a client of Javaid’s law firm. As Private Eye mockingly pointed out, the Sun should be ashamed of its guilt by association with an Islamist “hate preacher”:

Private Eye on The Sun's own "extremist links" pic.twitter.com/ChtQLlgncL

Simons, Muirhead and Burton is proud to declare on its website that it has defended the Sun’s Political Editor, Tom Newton Dunn, whilst praising him for being awarded a top prize in the Politics Journalism category at the British Journalism Awards 2015. They said:

The prize was awarded for his work on the Andrew Mitchell ‘plebgate’ affair, which he originally exposed in a front page article in The Sun on 21 September 2012. SM&B acted for News Group Newspapers Limited throughout the claim brought by Mr Mitchell against The Sun, successfully defending the case at trial.

The paper’s scaremongering headline could have perhaps read “the Sun’s links to Islamic extremist”, it would have been closer to the truth.

Of course, neither the Sun nor Sadiq Khan has questions to answer about Javaid – who it appears has done nothing wrong. But the Sun’s scaremongering hatchet job has come back to bite them. Once again we can rest assured that the paper’s aim is to spread lies and cause division.

Contact the Sun and let them know your views.

Watch this documentary on corruption and political economy in the media The Fourth Estate.