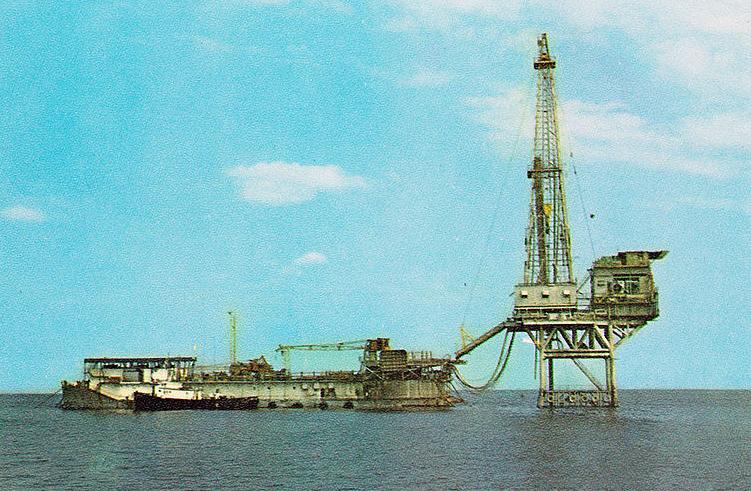 As reported in The Canary in the last couple of weeks, the Islamic Republic of Iran has announced its withdrawal from the petrodollar system, a sure move to infuriate financial authorities in the USA. Now, as though to follow this up, Iran has also announced that, at a time of tumbling oil prices, it is going to increase its production of crude oil. This is in spite of overtures from Saudi Arabia and Russia to join them in a plan to freeze production at January levels.

The USA, Saudi Arabia and Russia are all countries with whom Iran has usually had frosty relations. The USA essentially toppled Iran’s democratic government in 1953, and bitterly opposed the theocratic republic that emerged in the 1970’s, at every turn. Russia, and the Soviet Union before it, had a firm alliance with Ba’athist Iraq, Iran’s hated enemy in the war of the 1980’s. At present, Iran, as a Persian Shi’a republic, is in a proxy war in Yemen against Saudi Arabia, the wealthiest Sunni kingdom. It is just one more chapter in a long struggle between the two countries for regional supremacy.

So the nations to whom the Tehran government seems to be giving the most annoyance are precisely the ones it would most like to annoy. That makes it difficult to believe it is not deliberate. Relations with the USA, in particular, have been very uneasy since around 2002, supposedly because the Iranians might have been developing nuclear weapons. No real evidence that enriched uranium in Iran had a military purpose was ever found. Even so, Iran was subject to ten years of crippling sanctions, at American insistence.

The sanctions were only lifted a month ago. An assessment by the Congressional Research Service found they did considerable damage to the Iranian economy, especially after 2010. Two of their effects were that they caused,

Iran’s economy to shrink by about 10% in the two years that ended in March 2014.

It is perhaps understandable therefore if the Iranian government feels little sympathy for US interests at present. The announcement that Iran was abandoning the petrodollar could well be seen as an insulting gesture to the USA, but also as more. It is a move that could start a chain of events that would destroy the value of the US dollar, should other countries follow suit. There are genuine practical reasons for the Iranian switch to the euro. Not least that it is a more useful currency for purchasing goods other than crude oil. But it could also be a surprisingly effective retaliation.

Now with its latest move, to up crude production at a time of falling oil prices, the Tehran government is using the oil industry to defy its other rivals. The Saudi-Russian agreement to freeze production levels, it is hoped, will anchor prices against sliding any further, by increasing the likelihood of demand exceeding supply. The two countries are the biggest oil producers in the world, and their profits have suffered badly during several years of tumbling prices. If prices were to keep sliding, income from trading oil could become as low as the cost-of-extraction. This would mean negligible profits, crippling both economies. Just the liberation of Iran from the sanctions has meant a large alternative supply of oil has rejoined the markets, applying downward pressure on prices. If the Iranians go ahead and increase output, crude oil prices will continue in the direction the Russians and the Saudis are dreading. Sure enough, Iran’s envoy at the Organisation of Petroleum Exporting Countries (OPEC), Mehdi Asali, has stated that Tehran will increase output to ‘pre-sanctions levels’.

Can you hear the worried sound of racing heart-rates in Riyadh and Moscow?

Again, Iran claims to have a practical, spite-free, reason for this policy. Said Asali,

Asking Iran to freeze its oil production level is illogical… when Iran was under sanctions, some countries raised their output and they caused the drop in oil prices. How can they expect Iran to co-operate now and pay the price?

Of course, this explanation does not quite stand up to the same level of scrutiny as the explanation for dropping the petrodollar. If Iran does increase its output, the price of crude will go down without a doubt, and that will affect Iran’s profits in much the same way as it will Russia’s and Saudi Arabia’s. There is a price to be paid for freezing output, yes, but there is also a price to be paid for increasing it. But Iran is poised to press ahead with the plan anyway. Is there something else at work here?

Iran; so battered for so long it has nothing to lose

One point that needs to be made is that the USA is contributing to the current oversupply more than anybody. Since 2008, US oil production has increased by over 51%, whereas Saudi and Russian production have largely hovered around the same levels.

But the Iranian position is the interesting one. It is a country surrounded by opponents, including US military bases just over its borders in almost every direction. It has been through ten years of deepening, damaging sanctions, and it is desperate for breathing space. Is Iran, therefore, manipulating its own economy in a deliberate attempt to injure its enemies? Has the Tehran government decided to risk its own health to hurt the health of other countries? After the harm caused by the sanctions, Iranians may feel they have the least to lose, while a leveled-out ‘playing field’ would be a prize worth the gamble.

The sort of crash Iran’s post-sanctions policies could trigger is potentially huge. For Saudi Arabia and Russia, their oil industries have no fallback option. If they cannot make profits from selling oil, their economies will collapse. For the USA, the petrodollar system is the only safeguard in place that keeps the currency from hyper-inflating. The dollar’s necessity in oil purchases keeps US currency in demand, but disguises the sad reality that it is pretty much useless for buying anything else on international markets. But Iran has left the system, establishing that oil can be purchased without dollars.

What sort of global effect can Iran’s policies cause?

The knock-on chaos for the rest of the world, if these three countries suffer economic disaster, would be enormous. China, a country that over-produces so enormously that it is ‘export-locked’ i.e. has to keep exporting goods indefinitely to prevent prices plummeting at home, would probably lose a lot of US business. It would be difficult for China to find a replacement market of that size, and if it failed to, its economy would also cave in. Either the goods-glut in China would build up and up until everything produced becomes worthless, or it would have to reduce production. This could only be done by releasing very large numbers of factory workers from their jobs, causing high unemployment and another recession.

If China collapses, other countries, including the UK, will lose their biggest supplier of cheap consumer goods. Goods would thus become a lot scarcer, causing general prices to shoot up. Life would get a lot more expensive for an awful lot of people. A collapsed Russia would probably break up into its component republics, opening the way to wars on ethnic and territorial grounds. A sort of larger scale version of what happened to Yugoslavia in the 1990’s. Neighbouring countries are bound to be drawn in. A collapsed Saudi Arabia, meanwhile, would put the world’s leading oil producer out of action. This will leave a huge gap in the market, and oil shortages will be commonplace.

Iran, a country that feels – not without cause – that the whole world is out for its blood, would probably view such worldwide chaos with grim satisfaction. As stated above, it would level the playing field substantially, and much reduce the pressure on the country. This would especially be true if the USA had to abandon Middle Eastern bases it could no longer afford to maintain.

Teaching your enemy how to beat you

This is all ‘worst-case-scenario’ of course, and there is no inevitability that this is what Iran’s deeds will lead to. But it is a genuine danger, and if it does happen, it will demonstrate the folly of injuring a nation so much that it feels both bitter and that it has nothing to lose.

One theory has it that the USA and Saudi Arabia deliberately upped oil production in 2014 to pressurise the Russian economy with lower oil prices, as punishment for the Crimean conflict. The evidence is not really there to say this with any confidence, but it would be ironic if it were true. Three countries always bullying Iran, but also squabbling among themselves, and manipulating their economies to hurt one another.

Have the Iranians learned the same trick from watching them?

To avert economic crises of these kinds requires an economy that is not dependent on oil. Here are some ways you can help push the process forward.

-Donate to Friends of the Earth

-Help the Union of Concerned Scientists in their campaign to change the culture of oil dependence.