If this disaster doesn’t halt Cameron’s fracking plans, nothing will (VIDEO) - The Canary 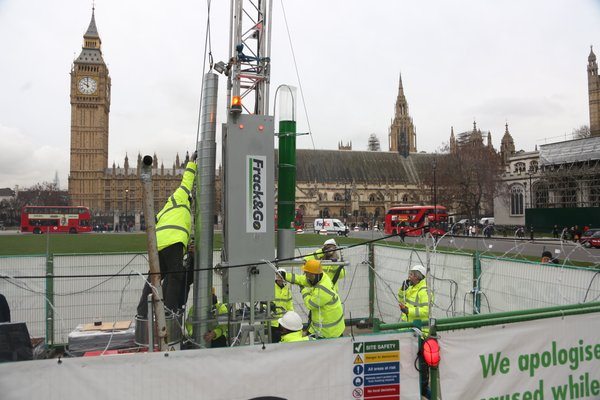 Last October’s huge methane leak at Aliso Canyon, California, was the biggest natural gas leak in US history – and a worse environmental disaster than the BP oil spill – as confirmed by a new scientific investigation.

Researchers analysed samples taken from the atmosphere around the leak between November 2015 and February 2016. Their results show the rate of the leak was equivalent to “the annual energy sector [methane] emissions from medium-sized EU nations.” They also say the impact of the leak on climate change is “equal to that from the annual GHG emissions from 572,000 passenger cars in the US.”

Not very good for climate change, or for emissions targets, you might be thinking – and you’d be right. According to the researchers who analysed the Aliso Canyon leak, the disaster will tip California over its emissions targets for the year.

The UK’s natural gas production has been declining for years, with imports from Norway increasing – and we’re doing just fine. But current fracking projects are set to bring production back to Britain. Why are the new findings not having an impact on the government’s much-criticised decision to extract more gas in the UK?

The government is selling fracking as a “safe and environmentally sound exploration” to see whether it will provide the UK with more energy security and jobs. During a visit to Hampshire in 2015, Cameron even suggested it’s good for the climate:

I want to see unconventional [shale] gas properly exploited in our country. I think there are good reasons for doing this. We want to have greater energy security, we want to keep prices down, we also want to tackle climate change.

He used the US as an example of how well it’s going, saying:

I think it’s only then that we will see that people in this country see that it works in America and it can work here.

Any activity that releases gas from the ground carries a risk of methane leaks. Fracking is a more intense alternative to standard drilling for gas, as underground rock has to be fractured to release shale gas. This brings with it an even higher risk of methane leaking out.

Surely, given the enormity of the disaster that unfolded in California, and its significant impact on climate change, it’s time for Cameron to rethink his risky approach – or at least admit it’s not working as well as he thought in America after all.