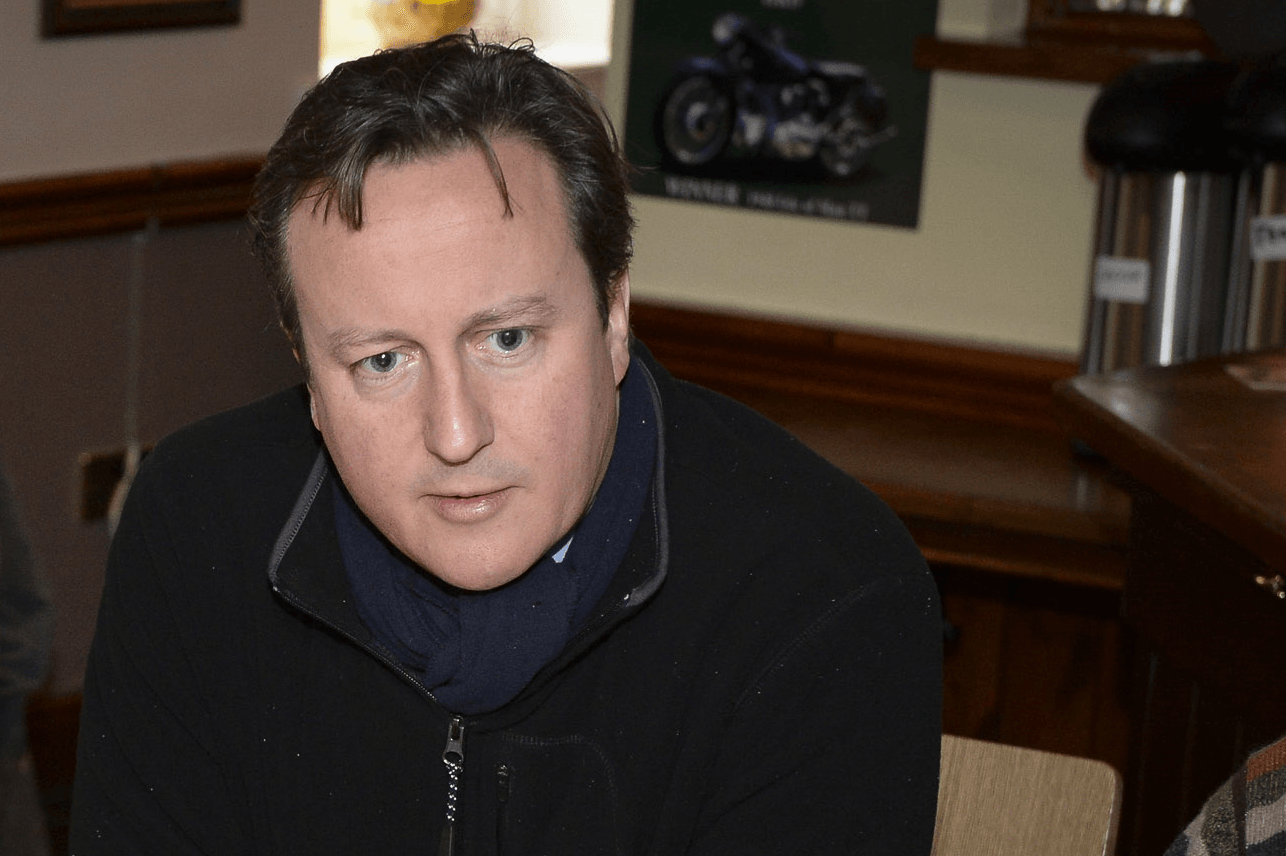 This Tory propaganda poster from the past is ironically a dark omen of the intrusive policies of this Conservative government. The poster is from 1929 and sought to use fear tactics to smear Ramsay MacDonald’s Labour party, proclaiming “socialism would mean inspectors all round”. 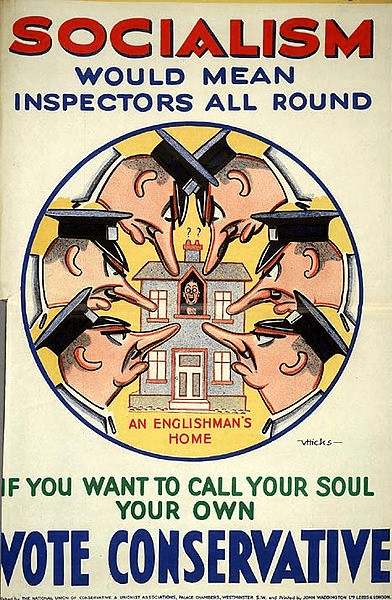 By no means does this poster necessarily apply to a government that could be described as ‘socialist’. The logical fallacy the Conservatives use here is called the “slippery slope”. This means one has said we can’t do A, because if we do A, it will eventually lead to B. This tactic attempts to shift focus away from the real issue and towards extreme hypotheticals, which no evidence is given for.

The argument follows: ‘We can’t have socialism, because if we do, it would lead to inspectors everywhere’. This is wrong, because ‘inspectors’ are not an issue of socialism V. capitalism, but of libertarianism V. authoritarianism. An authoritarian government would have inspectors to make sure people are keeping in line. Whereas, a libertarian government would let people be free to make their own choices. In fact, liberty, and democratic control over the workplace, are at the heart of true socialism.

Moving on, this propaganda poster is a dark omen of the Tory government the British people are currently living under. There are a few reasons for this:

The documents also show that GCHQ has the ability to turn on our microphones and cameras on our computers, listen to our phone calls and track our locations, while collecting all sorts of data about what we do online.

Now, Theresa May’s Investigatory Powers Bill or ‘snoopers charter’ seeks to just make mass surveillance official government policy. Ostensibly, this is to prevent terrorism, but there is no evidence it works. In fact, treating the entire country as suspects is likely detrimental for terrorism prevention. It’s the equivalent of building a breathtakingly unnecessary and humongous haystack to find a handful of needles in.

Outrage is the appropriate response to these revelations. Digital rights are human rights. The difference between the cyber world and the real world is ultimately superficial, the cyber world is as real as one’s furniture or floorboards. It is a world of real people’s ideas and creative content. There is no significant difference between an intruder listening in to a conservation between a family at the dinner table, and an intruder reading one’s Facebook private messages. It is a fundamental right to speak in confidence with one’s close friends and family.

On the poster, the sniffing inspectors much more accurately represent the officers at the GCHQ, than any true, non-Statist socialism. This Tory government have desecrated the age old British value of ‘innocent until proven guilty’. Regrettably, we are now left with ‘guilty until proven innocent’. This type of gut-wrenching perversion smacks of an Orwellian dystopia.

In 2014, the government outlawed spanking, female ejaculation, and being tied up, from pornography. Apparently the Tories think they have the right to stick their noses into people’s very private personal time. Betraying their own immense privilege, the Tories arbitrarily found something ‘distasteful’ and decided to outlaw it across the country.

Again, the Tory propaganda poster represents a dark omen for this government’s policies. They are literally trying to regulate the British people’s sexual desires.

But, credit where it’s due. As the poster states, perhaps one can still “call their soul their own” under this Tory government. Yet, it does seem people can’t call their body, mind or relationships their own with these types of arbitrary, authoritarian rules they are imposing upon us.

–Stand up for digital rights!

–Write to your MP, perhaps asking if they support such blanket surveillance.