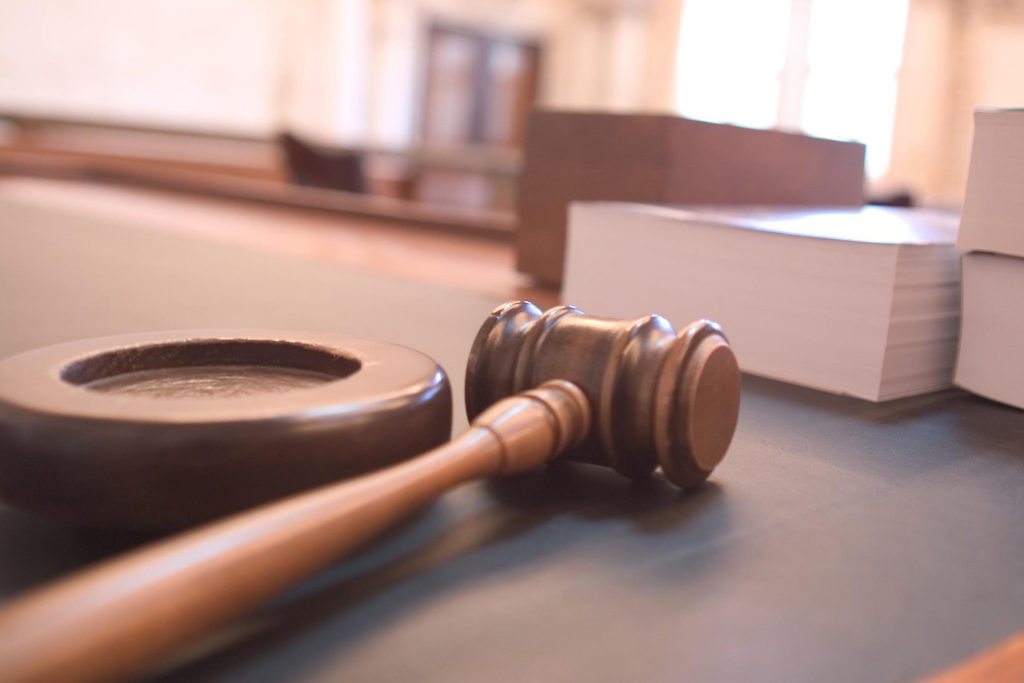 Fracking activist Ben Deevoy has been sentenced to 16 weeks in jail for posting a video online in which he railed against the lax sentencing of a convicted pedophile. The case raises some serious questions about the justice system.

There is no way around it, Deevoy’s video was certainly menacing. He named the convicted paedophile, and stated that he was going to “put [his] nut on his head and [his] steel toe-capped boots in his balls” and that people should “rally up”. But Deevoy’s supporters say that the video was simply an angry rant seen by only 14 people in the three days before he took it down. They do not think it should have been viewed as a serious threat of violence.

Whether or not one thinks Deevoy’s actions were serious enough to warrant a custodial sentence, the fact that he was actually locked up for half the equivalent time of someone who possessed ‘category A’ images of abuse, seems nonsensical.

Before being put in jail, Deevoy was a long-term resident of the Chester anti-fracking camp – until its eviction last month. As a part of his defence his lawyer, Adam Foster, said that Deevoy had experienced a number of difficulties including an unstable childhood, homelessness in his teens, substance abuse, and depression. Deevoy is quoted as having said that the man in question “can’t be walking our streets so let’s rally ourselves up and find out where [he] is and let’s find him”. Ben Deevoy denies that he intended to carry out any acts of violence, or encourage others to do so. The court also heard that Deevoy realised posting the video had been ‘foolish’ and removed it himself.

Deevoy denies that he ‘encouraged the commission of an offence, believing it will be committed’ – the offence with which he was charged under the Serious Crime Act 2007. He was reacting to Judge Roger Dutton’s sentencing of the defendant in a pedophilia case. The Chester resident in the case was charged with, and admitted to, possession of more than 3,000 indecent images of children – 214 of which were of the most serious ‘category A’ – depicting rape, bestiality or sadism. The defendant received an eight-month prison sentence, suspended for two years, and was ordered to attend a sex offenders’ course. Judge Dutton said the public interest would be ‘better served’ by the defendant tackling his problem.

We take a very dim view of this sort of behaviour. It’s utterly unacceptable to do what you did and it is extremely bad to incite people to commit serious crimes.

Online threats are serious and, rightly, gaining more attention of late. Deevoy did indeed threaten violence, whether or not he meant it, or intended to act upon it – which the petition to free him does not mention. The court may have been right to make an effort towards leniency and rehabilitation of a sex offender in the public interest. By not locking the offender up and requiring him to take a course, they both avoid a waste of public resources and attempt to prevent him reoffending. However, if the court is willing to provide such leniency and consideration to the convicted paedophile, surely, the same spirit should be extended to Mr Deevoy.

Why the court thought Deevoy’s crime heinous enough to put him in jail for four months, when the man he raged against avoided any jail time at all, remains unclear.

The Canary invited Chester Magistrates Court to comment on the sentencing. However, the invitation was declined.

Can Deevoy’s actions be deemed more ‘utterly unacceptable’ or ‘extremely bad’ than those who repeat the violation of abused children by accessing images and video to watch it happen? Can we assume that the justice system believes them to be worse, or deems Deevoy to be more of a danger to the public? The answers are not clear, but whatever we, individually, believe about the actions of either man, this case highlights some baffling aspects of our justice system and its complex views on punishment and rehabilitation.