Disability benefit cuts have been blocked again, by these unlikely heroes (TWEETS) - Canary 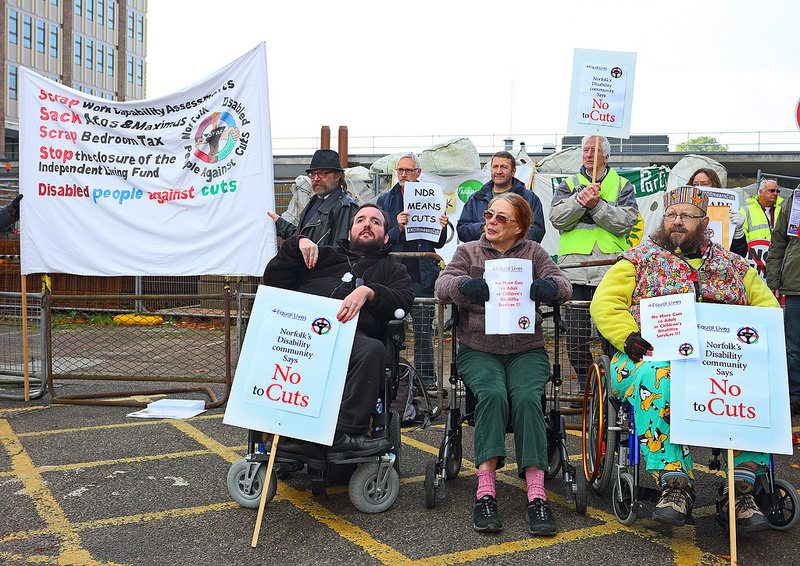 The battle over the Conservative government’s proposed disability benefit cuts is heating up. Last week, MPs voted to cut Employment and Support Allowance (ESA) by 30%, despite the fact the proposal had been defeated by the House of Lords in January. In response to the government’s crude dismissal of the Lords vote, they have voted again. This time to insert an amendment into the bill that will delay the cuts until a full impact assessment has been completed. The new plan was passed in the Lords by 289-213.

The cuts would reduce ESA from £102.15 to £73.10 a week, bringing it in line with jobseeker’s allowance. The change would be applied to any disabled person designated fit for “work-related activity”. This means someone who has officially been declared unfit to work, but is deemed able to undertake interviews and training.

The government argue the reduction in this disability benefit will provide an ‘incentive’ for these claimants to return to employment, despite the formal recognition of such people as being too ill to work. This is a ludicrous rationalisation, as Laurie Penny notes:

'If we drive a hundred thousand disabled people into the sea they'll be incentivised to grow gills and fins.' – new Tory policy. #ESACuts

This latest push back in the House of Lords, follows criticism from the Conservative party’s own MPs on the ESA cuts. Of course, some tory MPs have defended their party’s stance. But this has been, in part, justified by falsehoods – as is identified here:

In reality, scores of national charities have called for the plans to be dropped. The move by the Lords to demand a full impact assessment before implementation has also been welcomed by charities.

Rob Holland, of the learning disability charity Mencap, has said:

This amendment passed by the Lords offers a sensible option to the government of carrying out a thorough and wide-ranging assessment of the £30-a-week cut.

Elliott Dunster, from the disability charity Scope, has commented:

On the Lords amendment, he added:

We urge the Government to take this opportunity to reconsider its plans.

The Lords proposal will now return to the House of Commons for consideration. It is likely to meet with opposition from the Conservative benches, as the UK government seems hell bent on pushing through their deadly cuts to disability benefit at all costs.

But with the second chamber laying down the gauntlet on this issue, and the government’s vicious bedroom tax currently on trial in the high court, they’d do well to pause for thought. It seems many of the UK’s institutions are waking up to the callous, and unnecessary, nature of the Conservative’s cuts. If the tories keep it up, they will find themselves on a lonely road of despotism.

Write to your MP to ask them to use their influence to stop the ESA cuts.

Help Mencap, and other charities, in their efforts to fight the cuts.

Join the conversation on the issue at #TalkingBenefits