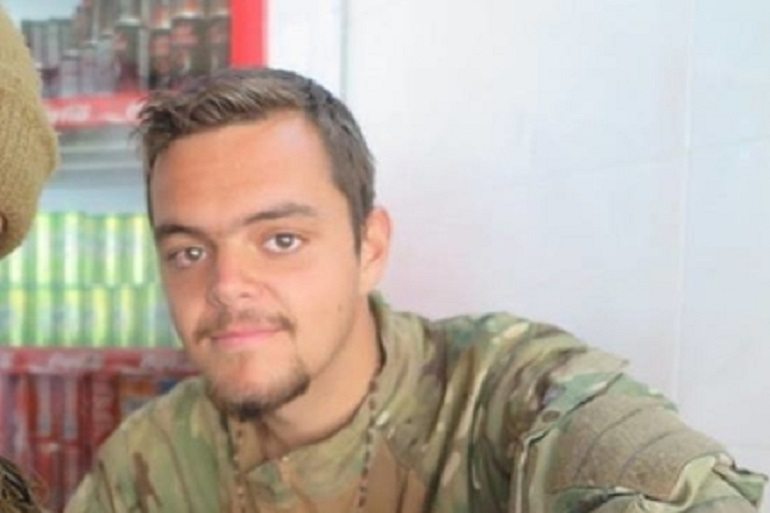 A British citizen returning from a vicious war abroad and fighting against the west’s public enemy number one may well expect a hero’s welcome. But one young anti-Daesh (ISIS/ISIL) fighter has found quite the opposite.

Aiden Aslin was shocked by the videos he had seen of Daesh atrocities and decided to travel to Rojava, in northern Syria, and Iraq to fight with the progressive, secular, and largely-Kurdish YPG militias. He was there for around 11 months.

He went with no military training, and was in fact, a care worker in his hometown of Newark, Nottinghamshire. But having seen the suffering of innocent people at the hands of Daesh, he felt compelled to go and help them.

I’m proud of what I did out there. I had the choice of continuing to watch the videos of the sickening atrocities and doing nothing or getting off my backside and doing something about it. If I have a choice, I will go back again. I was fighting on the side of right.

He spent a lot of time on the front line with the YPG fighting against Daesh before finally returning home in February 2016.

But the welcome he received in the UK was not as warm as he might have expected.

Upon his flight’s arrival at Heathrow on 3 February, Aslin was arrested in his seat under the Terrorism Act. He was interviewed by the police and held in a cell for 30 hours.

I’ve done nothing wrong … I was happy to be interviewed but there was no reason to arrest me … I’m frustrated with the way I was treated and continue to be treated.

He was released on police bail until 5 April when the police should decide whether or not they are going to charge him with an offence. In the meantime, he must sign on at Newark Police Station three times every week as part of his bail conditions.

Unable to get a job or benefits, he spoke in early March about how he was relying on other people to get by. He said:

It’s very hard to get a job having to sign on at the police station three times a week and any potential employer sees ‘terrorism’ on a bail sheet and says ‘no thank you.’ I just want my life back.

He argues that the Terrorism Act should not apply to citizens who have gone abroad to actually fight against terrorists, saying:

I shouldn’t have been arrested.

Durham University’s Prof Helen Fenwick, who specialises in counter-terrorism legislation, agrees with him. She has said that combatants like him:

are fighting in a particular, local conflict, and there’s no reason to think they will mount bomb attacks in the UK, therefore I don’t think there would be any public interest in prosecuting them … for the obvious reason that they are fighting on the same side [as] British involvement [i.e. against Daesh]

One issue she does highlight is the fact that the YPG – which is not considered a terrorist group – is an ally of the Kurdistan Workers’ Party (PKK), which is labelled a terrorist organisation even though it has never attacked Britain. This designation is largely the result of NATO ally Turkey’s refusal to acknowledge the PKK as a legitimate representative of the country’s large Kurdish population.

The PKK has advocated peace negotiations for much of the twenty-first century, and have been one of the most effective forces fighting on the ground against Daesh. But even when the Turkish government was negotiating with the PKK in recent years, it prevented its western allies from taking the group off their terror lists.

This situation continues today, with Ankara breaking off the peace process in July 2015, following the ruling party’s failure to win an electoral majority. The state has been attacking PKK positions and Kurdish communities in Turkey ever since and has killed around 400 civilians in the process.

One young woman has been imprisoned in the UK for planning to fight alongside the PKK against Daesh. Western YPG fighters, meanwhile, have received similar treatment to Aslin, being arrested in the Netherlands, Switzerland, and Germany.

In Britain, a petition has now been launched to support Aslin,

asking that The UK Government release Aiden from his bail conditions which are hampering his search for employment and lowering his job prospects in The UK.

It also wants the government to review both the investigation into Aslin’s actions and the treatment both he and his family have received.

We must all decide whether we consider progressive forces fighting against Daesh to be terrorists. If we don’t believe this is right, we must call for an end to the government’s disrespectful treatment of fellow citizens like Aslin.

– If you feel that people like Aslin should not be treated as they have been for fighting against Daesh, please sign this petition.

– If you believe Aslin has been treated unfairly, please write to your MP.

– Learn more about how the YPG and their anti-Daesh allies in Syria have been left out of the peace talks, and why this dooms the process to failure.

– Also, learn more about the inspiring process underway in Rojava by this introduction book or this detailed investigation.