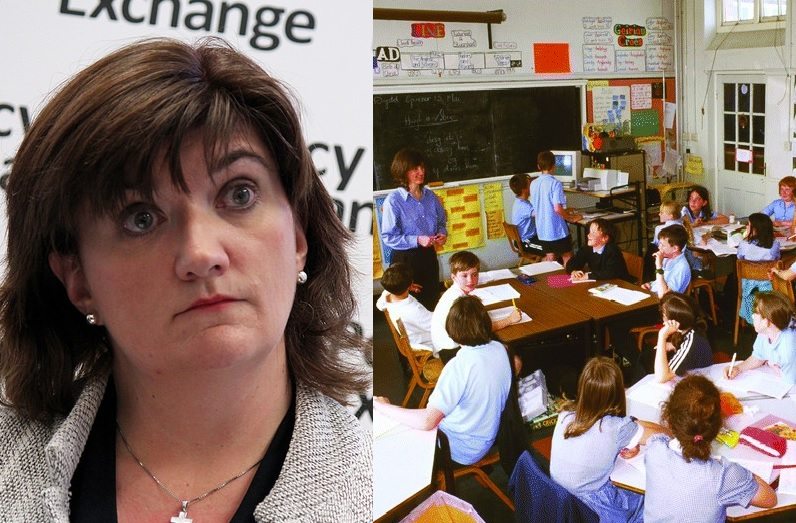 The UK government are wasting no time in their renewed assault on the education system. Following the announcement that all schools will be forced into academy status, the Secretary of State for Education, Nicky Morgan, has published the education White Paper. Although cloaked in the language of progress, the reforms point to an extremely regressive aim: the elimination of a say in our schools, for anyone other than their new corporate masters.

The argument for forcing academy status on schools across the country has largely been based on a contradiction in terms. As comprehensive headteacher Geoff Barton notes, ‘compulsory freedom’ is a bit of an oxymoron:

It seems that freedom is being inflicted upon all of us.

But within this forced freedom that schools will now have, a significant faction is being sidelined: the parents.

Morgan has announced that parent governors will be dropped from all school governing bodies in England. According to The Guardian, these positions will be filled instead by professionals with the “right skills”, such as business and finance.

Christine Blower, general secretary of the National Union of Teachers, has criticised the change, claiming:

Voices of parents, governors and the local community are being silenced by a government that does not believe in proper democratic accountability in our schools.

Jonathan Freedland, writing in The Guardian, has also noted that the maneuver marks the loss of:

what was once seen as an essential part of running a public service: the voice of the user.

These criticisms are warranted. This change marks the removal of children’s voices, through the mouths of their parents, from the education system. It then replaces them with the voices of ‘free’ school bureaucrats, and their business-orientated agenda.

And the government is not stopping there. They also do not want teaching standards at academy schools to be accountable to outside influences either. So, Morgan has announced the scrapping of qualified teacher status (QTS). Currently, most new teachers are granted QTS by the National College for Teaching and Leadership (NCTL). The NCTL is an executive body funded by the Department of Education. But Morgan now wants this crucial judgement to fall on the heads of free schools, and other senior school leaders, instead.

Some have already noted the flaws in this thinking. Mary Bousted, the general secretary of the Association of Teachers and Lecturers, has warned:

At a time when school budgets are being cut in real terms, there will be pressures on school leaders to delay accreditation as a way of saving wage costs.

This is a real risk, as keeping teachers on a training wage, rather than the qualified rate, would certainly be tempting for academy schools. With governors focused on business and finance at the helm, cutting costs in this matter may prove too hard to resist. But it will do nothing to ease the crippling teacher shortage within the education system. Or, consequently, the current unsustainable class sizes.

In fact, it seems that Morgan’s proposed changes do very little to address any of the real problems in the education system. They just stop them being the government’s problem. The Conservative’s are shifting responsibility from a national level to an institutional one, and ensuring no-one outside of management in these academies can influence decision-making.

Many academies are already being used by their corporate sponsors as a way to profiteer on the back of the taxpayer. And academy bosses are taking hundreds of thousands of pounds in public money for their remuneration. Importantly, there is also no actual evidence that academies improve the education of our children.

All the government is doing is abolishing the democratic control of the education system, and selling it off to charities, companies and sponsors. As Michael Rosen, a poet and University of London professor,  has said:

And we shouldn’t stand for it.

Attend the Hands Off Our Schools protest on 23 March

Support The Canary so we can keep bringing you important news