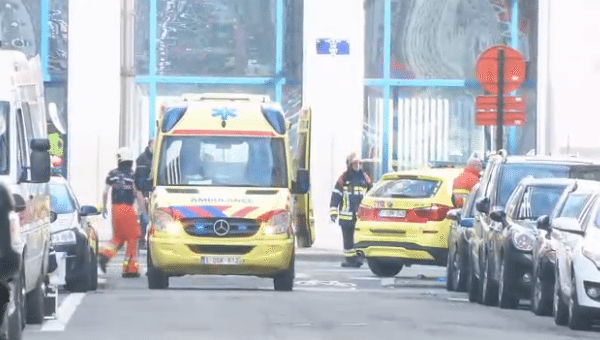 Two explosions occurred at Brussels’ Zaventem airport at around 8am Tuesday morning. Another explosion was reported an hour later at Maalbeek metro station, which is situated outside the European Commission’s Humanitarian Aid and Civil Protection building.

The blasts at Zaventem airport are said to have occurred at the American Airlines and Brussels Airlines check in desks. Witnesses are reporting that shots and shouting were heard immediately before the explosions took place.

At time of writing, 23 people are confirmed dead – 13 at Brussels airport and 10 at Maalbeek metro station – and a rising number of people injured, currently estimated at around 35.

Brussels airport has suspended all operations for the day, and released a contact number for those who are concerned about loved ones.

The European Commission has cancelled all meetings at their institutions and has evacuated all employees. Video has already surfaced on Twitter.

Russia Today is currently operating a livestream from the airport, and The Guardian is running one from the metro station.

No reporters are doubting that this is a terrorist attack. Yet, while speculation about a specific basis for the attacks remains sparse, reporters are quick to note that these attacks come four days after Salah Abdeslam – a wanted suspect for his participation in last year’s Paris attacks – was arrested in Brussels.

Certain pundits have already taken to Twitter, and jumped on the news to score ideological points. Notorious US tea-partier Ann Coulter immediately responded to the news with anti-Muslim sentiment:

Similarly, the UK’s Allison Pearson, a columnist for The Telegraph, took the opportunity to make a point about whether or not we should leave the EU, determining that Brussels is the “jihadist capital of Europe”.

Brussels, de facto capital of the EU, is also the jihadist capital of Europe. And the Remainers dare to say we're safer in the EU! #Brexit

European leaders have condemned the attack, while Prime Minister David Cameron has announced that he will be chairing a meeting of COBRA – which stands for ‘Cabinet Office briefing room A’ – this morning.

I will be chairing a COBRA meeting on the events in Brussels later this morning.

He also tweeted that he was “shocked and concerned” and that the government will do “everything [they] can to help”.

Featured image via The Guardian livestream