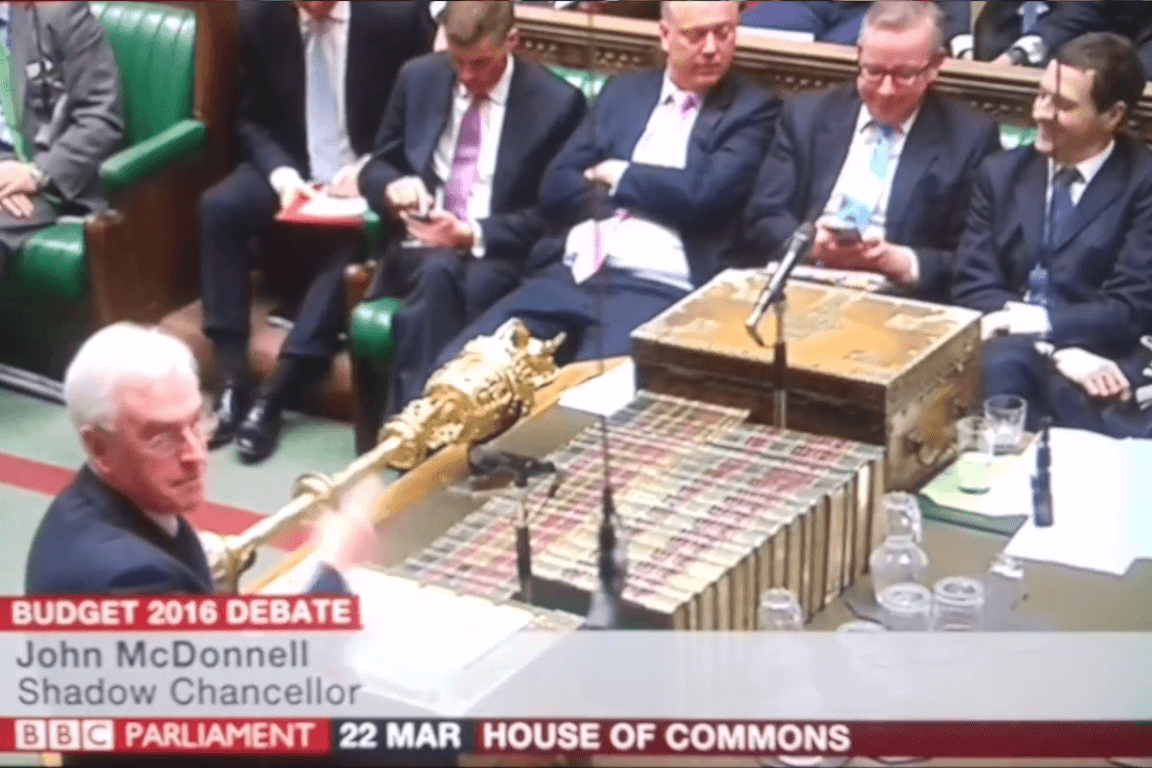 Shadow Chancellor John McDonnell asked George Osborne to apologise for his treatment of disabled citizens in a parliamentary budget debate on Tuesday. He followed numerous MPs, including Yvette Cooper, who argued that the Chancellor should apologise for his budget decision to cut the Personal Independence Payment (PIP) support for disabled people.

The government has since made a U-turn on this core budget policy.

Yet Osborne was much more interested in something he found amusing on Michael Gove’s phone than in the concerns of disabled people across Britain:

It felt like watching a couple of schoolboys disrespect a teacher by ignoring and laughing at them. But with these schoolboys, it is not just homework at stake. It is the wellbeing and independence of the most vulnerable people in our country.

Osborne continues to be complacent about acting compassionately in the public arena. Last week, when he spoke to schoolchildren, it was extremely forced and cringeworthy. The week before, he was caught grinning at the “reductions” he would have to make in his March budget.

And all this when the party is trying to sell the buzzwords “compassionate conservatism” yet again:

It’s telling that they have to add the word “compassionate”, as it suggests such a quality does not exist within their ideology in the first place.

On Monday, Osborne ducked a parliamentary grilling after his budget was left in tatters almost immediately after it was delivered. It was nice of him to actually turn up to his job on Tuesday. Especially when it’s taxpayer funded and stands at £134,565 per year.

While we must give the Chancellor credit for bothering to turn up to work, he was on truly poor form. His Orwellian language manipulation was particularly strong. For example, he tried to sell cuts to support for disabled people as removing something they are dependent upon, rather than stripping the funds that allow them to be independent. It is this money that means they can travel, buy suitable clothes and pay for carers. All necessary requirements for getting a job for disabled people, meaning the cuts are breathtakingly counterproductive.

In parliament, instead of apologising for spearheading what is economically illiterate and morally bankrupt, Osborne chose to gawp and giggle at his mate’s phone. This is despite backtracking on the official policy himself. And this type of behaviour is damaging to his party and insulting to people across Britain.

– Support Disabled People Against the Cuts, find out about their events and actions or donate and support their work.

– Find a local group and get involved in your area