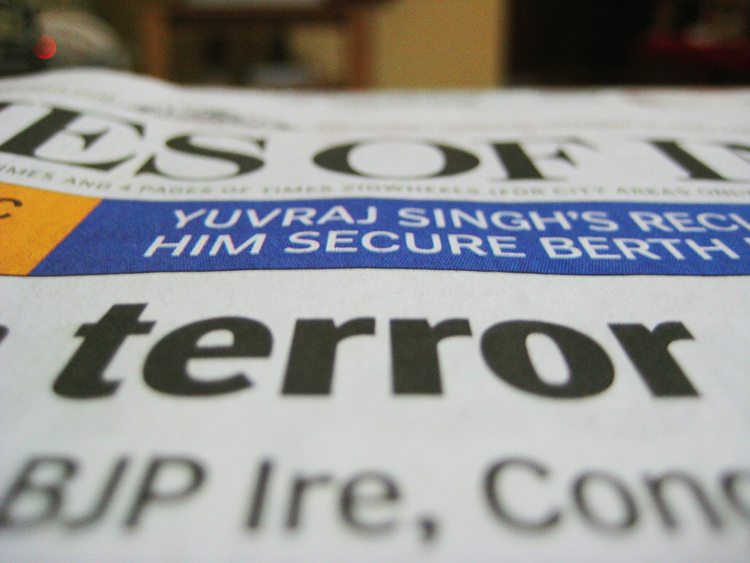 The response to the Brussels terror attacks has once again been an overwhelming, predictable and unfortunate one. The public have responded with memes, and world leaders with solidarity. But the response from many has been one of opportunism.

Plenty of this has been from far-right pundits and trashy news outlets merely trying to capitalise on the tragedy. But academics and psychologists have hinted that our global mainstream media also has its part to play in aggravating a terrorist threat. And in the response to Tuesday’s attacks in Belgium, we see a depressingly familiar sight in more ways than the obvious one.

Though debate and revelation swarmed news networks throughout Tuesday morning, the highly politicised response from UKIP soon reached an inappropriate summit. Around the time of the second attack on the Maelbeek metro, an aide to Nigel Farage tweeted:

Rampant jihadism combined with open borders is a cocktail for disaster. #Brexit

This prompted criticism immediately, most recently from David Cameron who noted how inappropriate it was to link the complex subject of immigration to the equally complex one of terror, on the day of the event.

Around an hour later, only a couple of hours after the initial explosions, UKIP MEP Mike Hookem made public a press release which stated:

This horrific act of terrorism shows that Schengen free movement and lax border controls are a threat to our security.

He went on to defend himself via Twitter after a backlash, and noted that he would be giving blood later on to help victims.

It wasn’t only UKIP who used the morning’s events to immediately and explicitly further their political positions. The Canary reported on one of the first tweets to go viral this morning, just quarter of an hour after the attacks took place. The Telegraph columnist Allison Pearson called Brussels the “jihadist capital of Europe” and used the tragedy to promote her support for a ‘Brexit’ in the upcoming EU referendum.

Brussels, de facto capital of the EU, is also the jihadist capital of Europe. And the Remainers dare to say we're safer in the EU! #Brexit

There was widespread condemnation of Pearson’s comment, including from notorious Sky News reporter Kay Burley. Certainly not one to tread carefully herself, even she asked:

Maybe a little too early to make political capital from a terrorist atrocity? https://t.co/y6jJcEG7L3

Over in the US, Republican presidential frontrunner Donald Trump joined in with right-wing pundit Ann Coulter to immediately respond to the news with their trademark anti-Muslim sentiment:

I have proven to be far more correct about terrorism than anybody- and it’s not even close. Hopefully AZ and UT will be voting for me today!

Trump went as far as advocating torture in a live interview with the TODAY programme.

The mainstream media, however, are doing a much more measured job of reporting as much clear and concise information as they can. Even so, mainstream news coverage of terrorist events has been long debated and criticised. With likely the best intentions, it can be argued that the way the mainstream media responds to terror events is ‘moderate’ compared to the right-wing ‘extremism’.

Psychologists have warned against the long-standing tropes of mass murder news coverage – sirens blaring, using photographs of the killers, 24/7 rolling coverage, leading with the body count etc. – yet this banal and steadfast method of dramatic and relentless reportage continues. Current calls for media reform will eventually need to address this.

Finding consensus on how to reimagine a global media response will be more difficult.

Can the media – either individuals or global corporations – help to temper the threat of terrorism by adapting? Does it really hinder progress? The debate concerning what has been dubbed the media’s ‘theatre of terror’ rages on. In particular, questions around the specific focus on gore, numbers of casualties and death; relentless coverage sidelining any other news; a lack of political and historical context; and the murky ethics of giving terrorists the maximum exposure they desire, are not much closer to being answered than they were in the 1980s.

What is certain is that reactionaries using Twitter and other outlets to push a violent, prejudiced or self-serving agenda appear even more grotesque as the news crawl continues. They do nothing to serve the situation.

Support the campaign for media reform

Write to your MP to ask them to support media reform

Support the NUJ in helping journalists to make the media stronger

Support The Canary in providing journalism with context