Government minister is lost for words, as she sees how the budget will hit the poor (VIDEO) - Canary 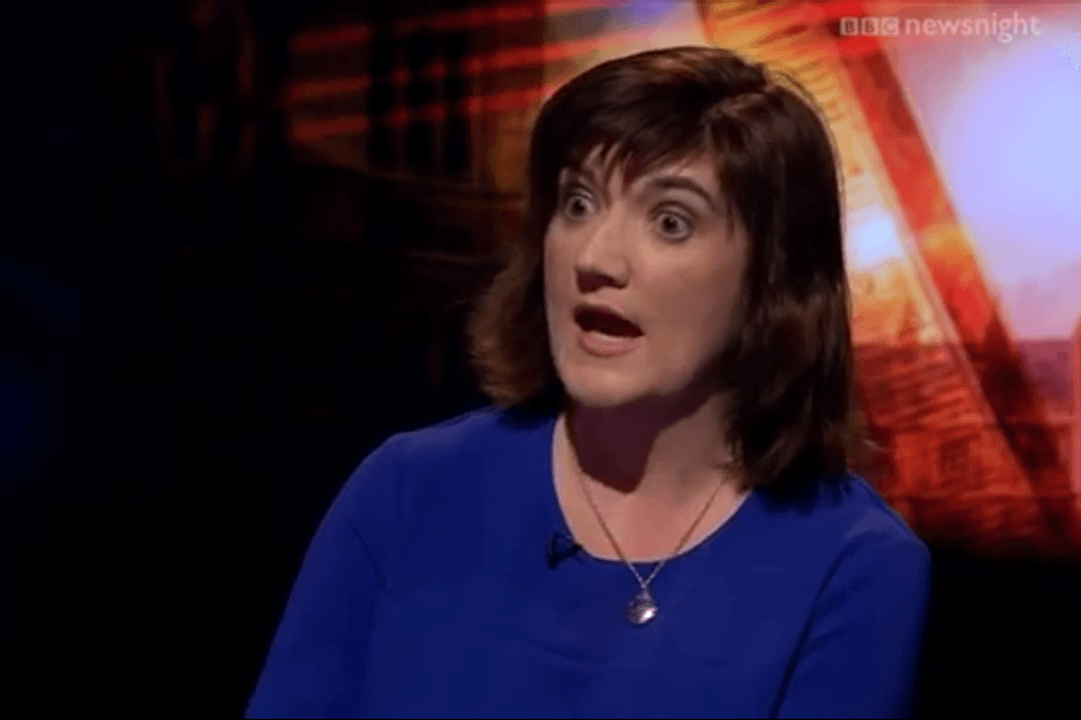 In a squirmingly uncomfortable live TV interview, Education Secretary Nicky Morgan was left at a loss to explain how George Osborne’s budget is anything other than terrible news for lower earners and a cushy deal for the rich.

Amidst scenes reminiscent of when Treasury underling Chloe Smith was shoved in front of the BBC Newsnight cameras to explain the 2012 “omnishambles budget”, Morgan found herself trying to defend the indefensible as presenter Evan Davis displayed a graph based on research by the Institute for Fiscal Studies (IFS). 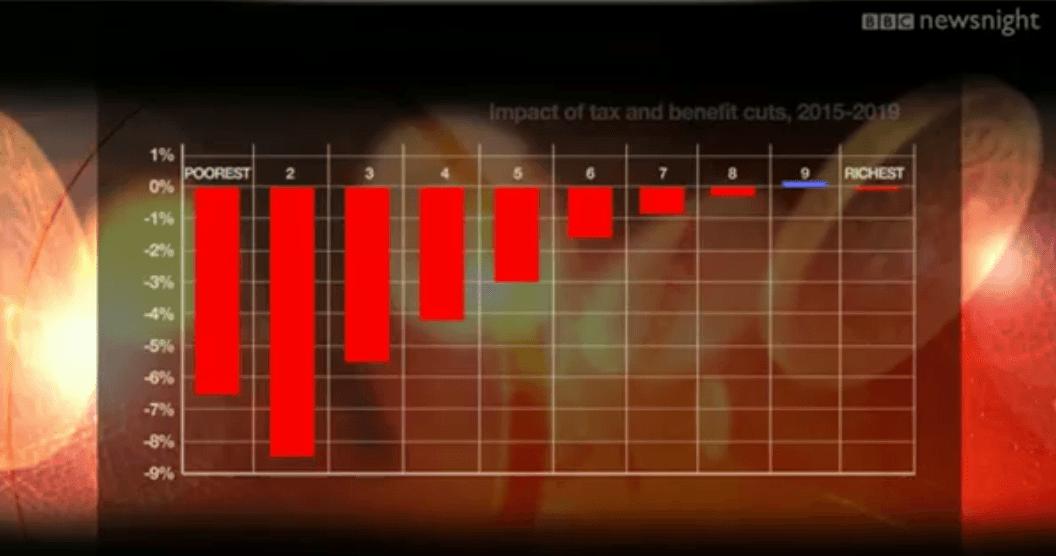 The image showed starkly that measures in the 2016 budget will have a wholly disproportionate impact, with those at the lower end of the income scale suffering significant cuts. By contrast, the richest are barely affected, or even set to make a small gain. Davis asked Morgan, “What do you make of that graph?”

Adopting the time-worn political technique of avoiding the question and instead focusing on something she’d rather talk about, Morgan explained that there was another graph in existence which she greatly preferred. An analysis produced by the Treasury (pdf) shows that the richest pay the largest amount of tax, and that this proportion will very slightly increase across the period 2010-2020. Morgan was keen to use this as evidence of fairness, and placed special emphasis on the top 1% paying 28% of tax. She didn’t mention that the top 1% also own upwards of 45% of the UK’s household wealth, or that this is rising due to Osborne’s insistence on fuelling the housing bubble.

As seems to be pretty much party policy, when under pressure Morgan resorted to blaming “the black hole left by Labour”, despite this myth being laid to rest long ago. As she trod water, Davis tried to simplify things:

Did you know, for example, that the poor were bearing the brunt of this parliament and the rich were bearing none of it? Are you happy to call this One Nation Conservatism, Compassionate Conservatism, “we’re all in this together”?

But this didn’t have much of an effect, as Morgan simply began talking about the introduction of the ‘national living wage’, something which barely affects the figures at all. The final straw she clutched at was to say that the Conservatives had been elected with a mandate to “bring control to welfare spending”, before then saying she understood there are no plans for further welfare cuts (now the ones in the budget have been dropped like hot potatoes). It must be hard to know which page of the Tory Survival Handbook she’s supposed to be reading from.

Write to your MP and let him or her know your thoughts on the budget.

Support The Canary as we seek to highlight both inequality and ineptitude.