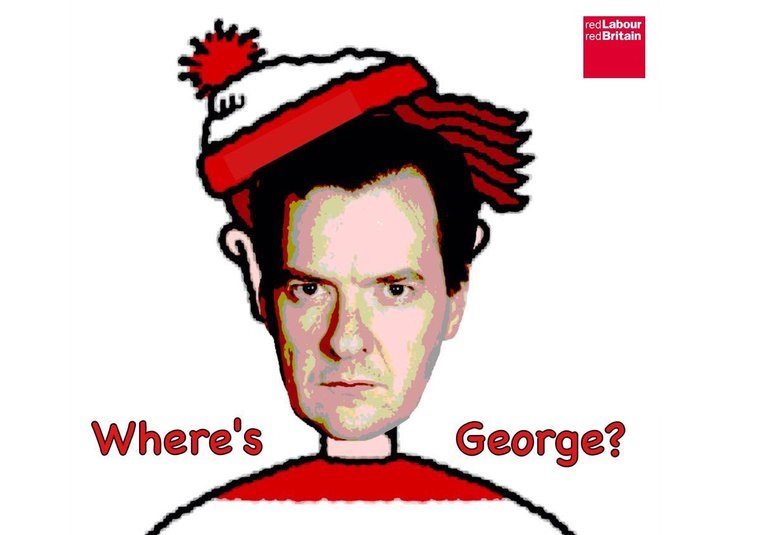 On Monday afternoon, George Osborne failed to show up in parliament for an emergency question raised by John McDonnell. The Shadow Chancellor had wanted to ask Osborne what he planned to do about the £4.4bn shortfall in his budget. As McDonnell noted, the gigantic budgetary black hole is largely due to the government having already “withdrawn a large part of its budget” by dropping plans to reduce Personal Independence Payments (PIPS).

David Gauke, the financial secretary to the Treasury, was sent to the House of Commons to defend the now cavernous holes in the government’s fiscal plans. But there was another void on people’s minds – the one the Chancellor has fallen into. Osborne has been near invisible since Ian Duncan Smith announced his shock resignation on 18 March. But this suspicious absence has been more than filled by social media users asking the simple question…#WheresGeorge?

Some, of course, thought it might be a deliberate shun:

Mr & Mrs Osborne seen out for a stroll in Hyde Park this afternoon. #WheresGeorge pic.twitter.com/aa6Qh1DSlw

Just this once, George is leaving the hi vis jacket at home#WheresGeorge

Others suspect the Tories may be ‘all in it together’ when it comes to keeping Gideon’s profile low:

Tomorrow, all Tories to wear hi vis jackets so #WheresGeorge can hide in plain sight.

Or, could he just be busy working out how to solve the ungodly mess he got himself into?

Can't wait for Osborne to re-emerge and blame the last Labour government for his own budget track record and IDS' departure. #WheresGeorge

#wheresgeorge – he's working out how to punish the most vulnerable in his next budget for society working together to protect them.

According to some, we should put the screws on other ministers for their part in the chancellor’s disappearance:

Probably been left at the pub … #WheresGeorge

Or, perhaps he’s locked himself away, cowering at the thought of being subject to his own policies:

So what happens to everybody else when they don't turn up to do the job they are paid to do?#WheresGeorge

Gideon's been canned, ain't he?

George Osborne: put on a proper suit, do up your tie and write your resignation letter. #WheresGeorge

Regardless of the reason behind Osborne’s absence, he can’t shirk his responsibilities forever. David Cameron has claimed the Chancellor will be in parliament on Tuesday to face the furore over his budget catastrophe. But his casual dismissal of McDonnell’s request to confront this emergency question in parliament will do little to quiet the voices calling for his resignation.

It’s time for the chancellor to face the music, and put Twitter out of its mirth-filled misery.