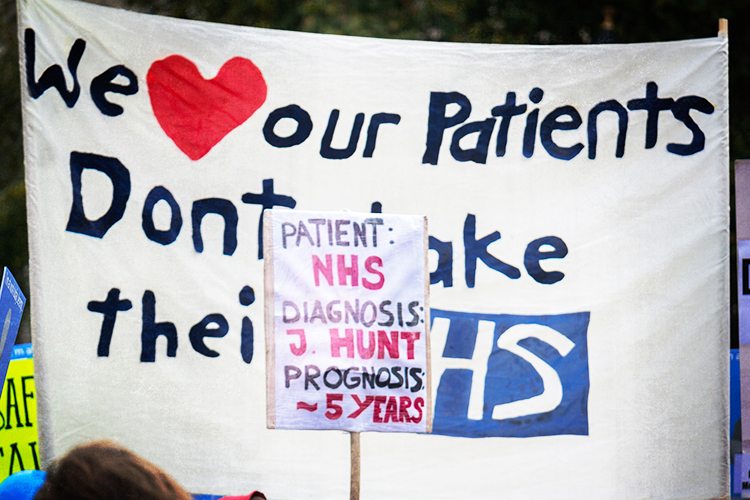 Doctors’ union the British Medical Association (BMA) says there will be a “full withdrawal of labour“, including emergency cover, on 26 and 27 April.

They are responding to a

refusal by the government to step back from its decision to impose a new contract on junior doctors […] and resolve the dispute by re-entering talks.

The all-out strike will last 18 hours in total, during which all junior doctors will withdraw their labour in a defence of their rights and a display of their necessity to the public health.

In their statement the BMA confirmed that “other doctors and healthcare staff will continue to provide care during this time”. They also confirmed:

Since the BMA has given employers the required 7 days’ notice of this action, it is the responsibility of the employer to ensure a service is provided.

A massive 98% of junior doctors who cast votes in a ballot supported a complete strike that includes emergency cover. There will be a strike on April 6th and 7th also, but an emergency cover service will remain.

The BMA quotes Dr. Johann Malawana, the chair of their junior doctor committee, who placed full responsibility on the government for the decision:

No junior doctor wants to take this action but the government has left us with no choice. In refusing to lift imposition and listen to junior doctors’ outstanding concerns, the government will bear direct responsibility for the first full walkout of doctors in this country.

Malawana added that doctors “deeply regret the disruption to patients and our message to patients is clear; this action is wholly avoidable”.

By refusing to accept the government’s cuts, communicating effectively with the public and with the media, and implementing their ability to organise in accordance with their striking rights as a valuable and honourable workforce, defiant junior doctors are doing a grand job of representing us all.

This dispute will surely be remembered as a part of this government’s austerity legacy in years to come, like the miners strikes, which are inextricably linked to the Thatcher Conservatives’ legacy. The miners strikes eventually broke a powerful but – unfairly – less-revered working class. Now, the mistreatment of doctors – which the populace better understands its reliance upon for survival – will likely go down in history.

By refusing to capitulate to the onslaught of ideological austerity, junior doctors are staunchly defending the rights of all working people like the miners did before them. What will the government’s response be this time?

Read the full statement from the BMA here.

Read the justification behind the strikes.

Support The Canary to bring you fresh and free journalism.