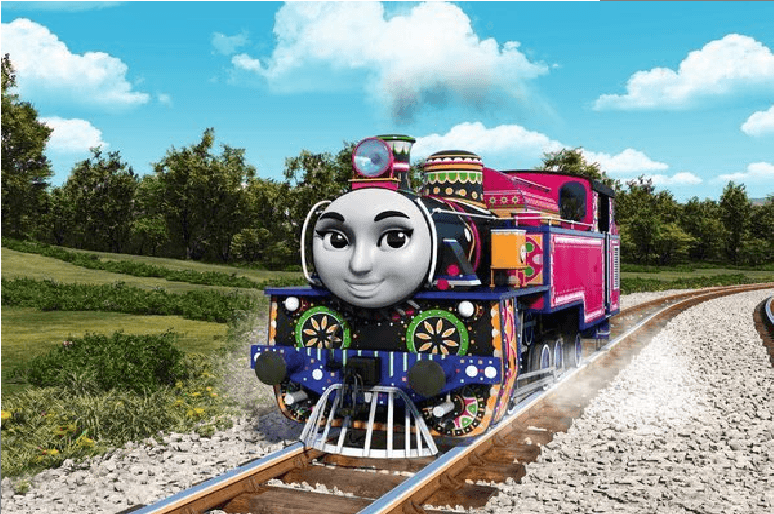 The Daily Mail certainly knows its readership well. The revelation that the fictional children’s show Thomas the Tank Engine is introducing new ‘foreign’ characters based mostly without comment elsewhere. But Thomas’ new “multicultural” friends  have turned the Mail’s comment section into Bedlam.

The new characters include Raul of Brazil, Yong Bao of China, Ashima of India and Carlos of Mexico. In total, there are 14 new friends from around the world.

They ran the headline:

Eliciting a whopping 3,300 shares and 657 comments, this story about make-believe children’s trains caused quite a stir.

While Daily Mail readers rush to blame ‘Cultural Marxists’ for the change, Thomas the Tank Engine is expanding its characters for solidly capitalist reasons. The NY Times reports that the motive is to access international markets by making the characters accessible to a global audience. Nothing whatsoever to do with  ‘political correctness’ or ‘Cultural Marxism’ going mad.

Nobody in The Daily Mail comment section seemed to let this hold them back. Here are The Canary’s top six:

Whether it’s the bouncy tarmac in the playground, the corporate manslaughter rules that stop corporations killing their staff through negligence, or some fictional trains with ‘foreign’ names – it’s all the fault of those radical, kill-joy, lefty b*stards.

5.) ‘John Gee’ questions how many of these new trains hold proper immigration papers:

4.) ‘JamesUKIP’ and ‘Nick’ are tied at number 4. They both view the new foreign fictional trains as the end of British society:

Don’t let the door hit you in the a** on the way out chaps.

Oh my god. What next, Postman Patel?

2.) Tragically funny is ‘onlineve’ at number 2, who appears to harbour such boundless xenophobia that this person views countries like India and China as on the same page as ISIS:

1.) ‘Cluster Duck’ received a standing ovation in the form of 1,243 upvotes for his ‘deeper insight’ into British society:

Cluster Duck’s comment soars despite nearly 90% of the UK being white. Never mind the argument that it is both immoral and illogical to judge people on superficialities like where they are from or the colour of their skin.

The xenophobia displayed from Daily Mail readers here is truly pitiful. Being suspicious of people merely because of where they are from must impair one’s ability to make friends, get jobs and generally broaden horizons.

Daily Mail readers do not bat an eyelid when George Osborne loses them billions, but the pitchforks are out over a make-believe children’s story.

You could not make this up.