Momentum activist accused of antisemitism, but these Facebook posts show a different story - The Canary 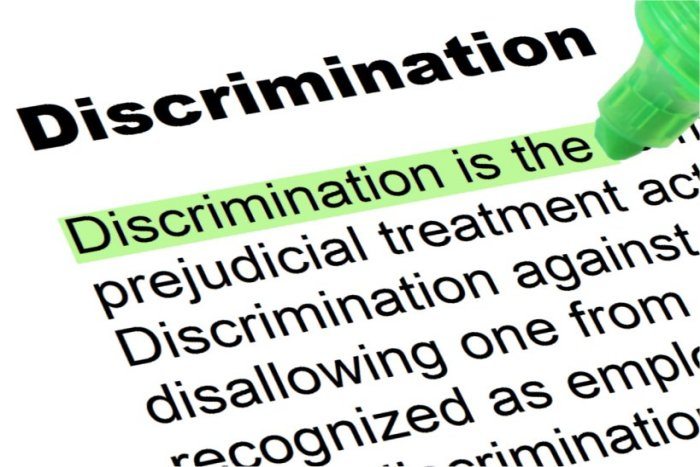 Bob Campbell, a member of the Labour party and the grassroots Labour movement Momentum, has been accused of antisemitism following a Facebook post in which he claims that the State of Israel is behind ISIS/Daesh. Claims have surfaced that he was suspended from the Labour party following the post, but so far these have not been backed up, and Campbell has denied them.

This is the latest in series of allegations of antisemitism directed at Labour members. Earlier in March, Vice-Chair of Labour’s Woking Branch Vicki Kirby was suspended  over a series of shockingly antisemitic comments on Twitter, which included references to Hitler being a ‘Zionist God’, and remarks about Jewish facial features.

It was this last incident that prompted left-leaning comedian David Schneider to remark in his own tweet:

Are you anti-semitic? A personal guide for fellow lefties and others. pic.twitter.com/7eK1vU3P87

In a follow-up article in the Jewish Chronicle, he said: 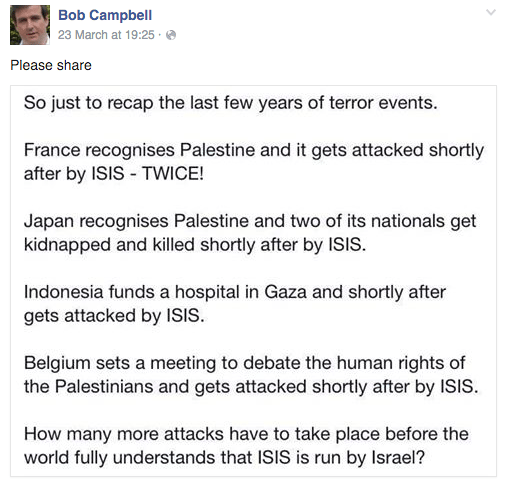 Regardless of whether there is any evidence to hold such a view, there’s no indication that this is directed at Jewish people. Shortly after this post, Bob Campbell posted a meme on the same theme: 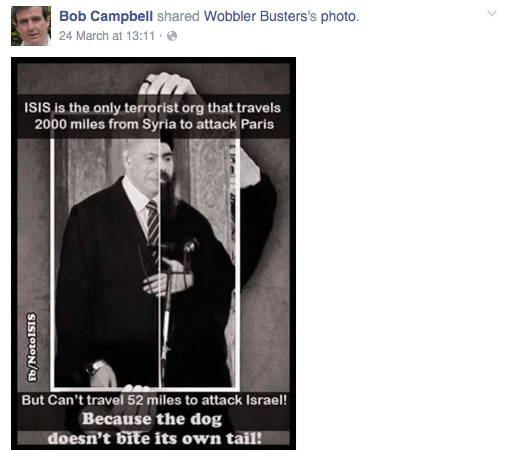 Again, while some may find the idea that the state of Israel is orchestrating ISIS attacks disturbing, there is no reference at all to Judaism. Other posts follow the same groove: references to Israel, but none to Jews.

This doesn’t rule out the possibility that Bob Campbell is an antisemite. If further evidence becomes available, no one would shout about it louder than us. Our site exists to dismantle prejudices and stereotypes which damage and dehumanise.

Based on the evidence we’ve seen here, it merely suggests that to accuse Campbell of such goes beyond the evidence. Perhaps this is why there are conflicting reports over whether he has been suspended from the Labour party. They may simply not know enough to make a fair decision.

What is clear is that Campbell is outspoken in his opposition to Israel, support for Palestinians, and an anti-Zionist in the sense of questioning the religious basis of the State of Israel, a position he shares with many Orthodox and secular Jewish people.

Following the incident, Shadow Commons Leader Chris Bryant said that over-zealous criticism of Israel amounts to ‘antisemitism by proxy’. But this is a double standard we do not apply to any other country in the world. Criticism of Chinese human rights abuses, for instance, is not identified with racial hatred directed towards Chinese, no matter how zealous that criticism.

A serious debate needs to take place about what qualifies as political opposition to the state of Israel, and what constitutes a racist attack on Jewish people. The two are not the same. The former is free speech to be protected at all costs, the latter is harmful nonsense to be stamped out all costs. Vicki Kirby’s outburst was reprehensible and she should have no place in Labour or any other party. But in the case of Bob Campbell, it appears that elements of Labour are simply reacting to media accusations, and rashly trying to make examples of people without looking at the facts.

Image 1 via The Independent.