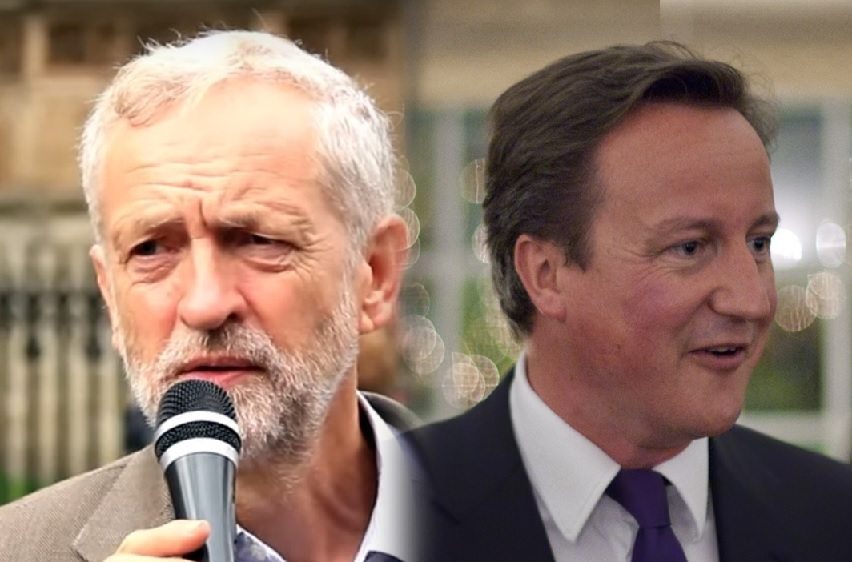 On 5 April, one tweet was enough to show just how scared the corporate media are about the problems David Cameron is currently facing. Or more to the point, their fears about how these problems could contribute to Jeremy Corbyn’s popularity.

A talk radio station in London owned by Global Radio sent out a message on Twitter asking if Corbyn should resign after asking if the Prime Minister should come clean over his family’s finances. This came after the Panama Papers revealed that Cameron’s millionaire father had run an offshore company for almost 30 years with the aim of avoiding taxation in the UK.

The London Broadcasting Company, now known as LBC, tweeted the following on 5 April:

But why would this radio station so shamelessly jump to defend the Prime Minister while turning focus onto the leader of the opposition (who has not been linked to the Panama Papers tax scandal in any way)?

Well it turns out that Global Radio – the UK’s biggest commercial radio company – has tax skeletons of its own.

In 2013, a Corporate Watch investigation revealed that the company – which was founded in 2007 – had not paid any UK corporation tax for five years. In 2012, Corporate Watch explains, Global had an operating profit of £33m. But the corporation’s Jersey-based owners, Global Radio Group Limited, had a trick up their sleeves. By lending their UK companies £233m at an immense interest rate of 15%, their taxable profits in the UK were wiped out. In fact, Global’s interest payments of £60m in 2012 (which were paid to its own bosses) turned a £33m profit into a £29m loss.

Global Radio also has a history of defending other tax avoiders. In 2015, the company advised its stations not to cover the HSBC tax scandal, citing “editorial reasons”.

Fortunately, Twitter users didn’t allow LBC to get away with its shameful media bias.

Is @LBC owned by a tax evader?

@LBC Is that question a joke?

@LBC Maybe the person in control of your twitter should consider resigning. Huffing glue while on duty must surely be a no-no, even at LBC.

Does LBC now stand for 'Let's blame Corbyn' ?? You can be certain @jeremycorbyn doesn't have links to #panamapapers https://t.co/Tlk19Chert

Oh, and one Twitter user linked the LBC tweet to The Sun‘s criticism of Corbyn for “political opportunism”:

But let’s leave The Sun for another day.

The fact of the matter is that the corporate media fear politicians who oppose tax avoidance, and love those who don’t. Their whole reason for being is to make money. And dodging taxes is a great way of increasing profits significantly. The logic is very simple. Let’s just never make the mistake of referring to media outlets with corporate money behind them as ‘independent’. That’s an insult to all of the truly independent journalists in the world who value truth above all else.

– If you’re sick and tired of corporate media bias, please support The Canary. We grow thanks to our readers, not thanks to offshore tax schemes.

– Sign this petition if you believe David Cameron’s government should be held accountable for its lack of action over corporate tax avoidance.

– Watch this video from the International Consortium of Investigative Journalists (ICIJ).

– Have a look at the Panama Papers here.