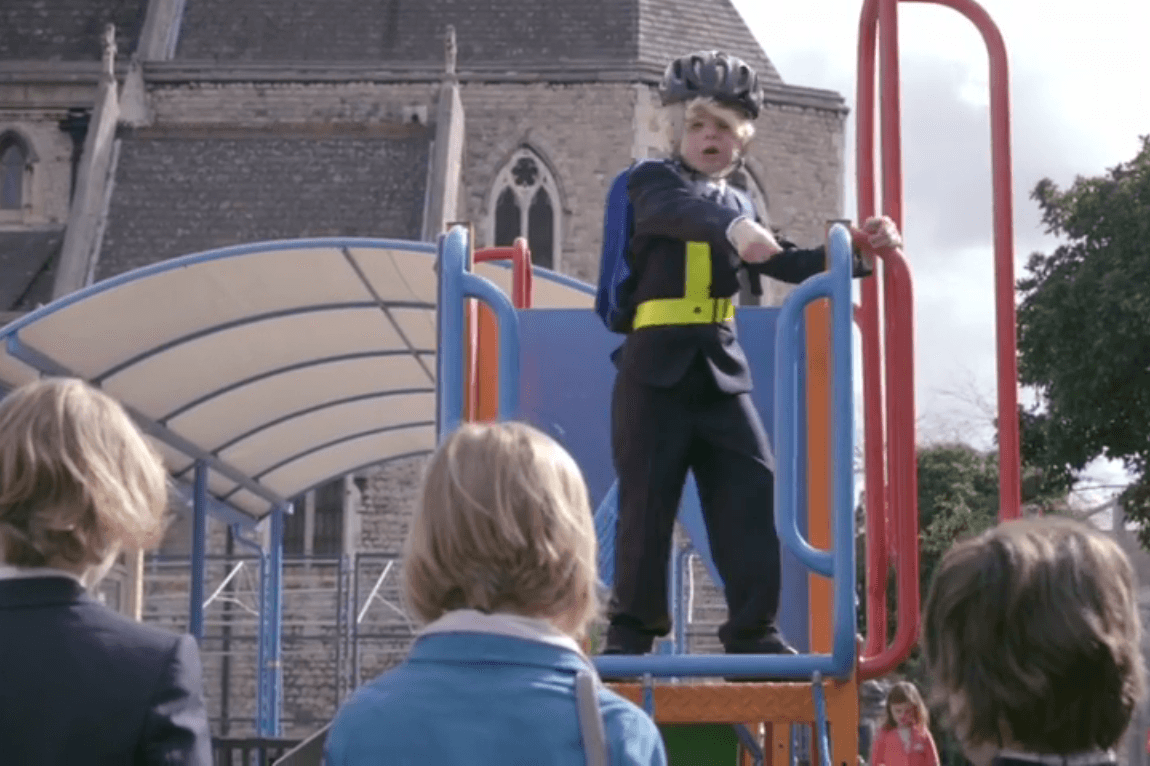 The Green Party’s 2016 election broadcast is hilarious. #GrownUpPolitics is a topical video that satirises British politics by showing how it parallels the antics of young children.

Children dressed up in suits parody cross-party household politicians; a miniature Boris Johnson rides around on a bike squabbling with a miniature George Osborne about who will be the next miniature Prime Minister; little Jeremy Hunt is endlessly mocked by his own staff; a disgruntled tiny Tim Farron tells us the story of how tiny David Cameron “stitched up” Nick Clegg. Mini Corbyn is called names by his own MPs.

Then you have Theresa May ‘getting to know’ non-EU children. This new video from the Green Party is absolutely spot on:

The video spotlights how the Conservative leadership squabble has consumed the discourse on the EU referendum debate. An informed debate on the EU referendum has been trumped by Tory politicians jousting to be Cameron’s successor. The video mocks Jeremy Hunt’s terrible handling of the dispute with junior doctors on the day of further strike action. And it brilliantly summarises the crass lunacy of Theresa May’s policy of economic apartheid. She is kicking out non-EU citizens for earning less than £35,000.

However, it’s easy to criticise from the sidelines. The Green Party only have one MP, so the parliamentary squabbles they can have are limited. At the same time, the Greens have long-standing policies which their movement is based around, such as tackling climate change, pursuing diplomatic solutions abroad and binning Trident. Labour and the Conservatives are broader churches. That said, all parties are made up of a variety of viewpoints and there will always be disputes.

Although, one would hope the debate would not be so well depicted by five-year-olds.

-Remember to register to vote for the May local elections! You can engage in other types of activism at the same time, it’s not one or the other.