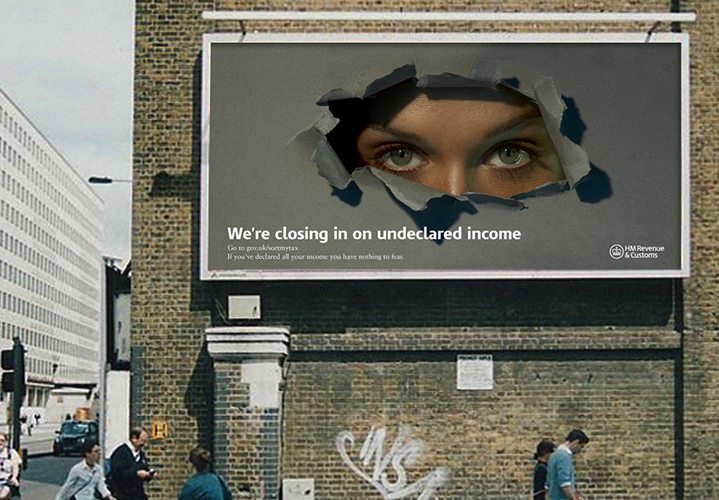 In the wake of the Panama Papers scandal, HM Revenue and Customs (HMRC) will be performing a £10m investigation into what the Prime Minister is calling “the global scourge of aggressive tax avoidance and evasion”. And in the wake of that news, it’s been reported that the Executive Chair of HMRC, Edward Troup, worked for law firm Simmons & Simmons, who represented, amongst other offshore companies, Ian Cameron’s Blairmore Holdings.

Despite the head of our tax collecting body having represented companies who contributed to the ‘global scourge’ of paying as little tax as possible, the HMRC does not believe this to be a conflict of interest. A spokesperson for HMRC responded to the revelations by implying that Troup would not contribute to the investigation:

Before joining the civil service in 2004, Edward Troup had a successful career in the private sector, during the course of which he dealt with many companies. He can confirm that he never had any dealings with Mossack Fonseca, was unaware of the company until recently, and that none of the individuals or organisations named so far were clients that he advised. Edward Troup’s role in HMRC has never involved responsibility for operational activities or direct dealings with companies on their tax affairs. In any event, the governance in place at HMRC means that any commissioners who have a potential conflict of interest would exclude themselves from any investigation or settlement involving a taxpayer with which they had had dealings in their previous careers.

While all involved, again, hasten to deflect accusations of any “wrongdoing” by tax avoiders and the Camerons in particular, others including writers at The Canary are focused on trying to widen the debate so that more people consider the relationships between what is legal, what is ethical and what is relevant in the context of the situation.

Private Eye picked up on the conflict of interest when Troup was originally appointed at HMRC. They confirmed that:

A freeman of the City of London, Troup ran the corporate tax practice of City law firm Simmons & Simmons before becoming Tory chancellor Ken Clarke’s special adviser on tax in 1995.

The magazine also recognised that the issue wasn’t one of whether or not Troup personally broke the law, or whether he had ‘experience’ of tax law, but rather:

this experience is more in minimising tax bills and less in HMRC’s more pressing task of getting the richest companies and individuals to cough up.

Troup once wrote in an article for the Financial Times (paywall) claiming:

Similarly, when then-Chancellor Gordon Brown proposed a crackdown on tax avoiders in 1998, Troup distributed a press release titled “City lawyers call on government to withdraw proposals to tackle tax avoidance”, in which he described the idea as “wrong in principle”.

Again, whether or not Troup broke the law, or did/did not represent anyone named in the Panama Papers leak at the time they were engaging in breaking the law, the facts remain. The man who is responsible for collecting tax on behalf of the country apparently disagrees with the principles of taxation, and made a career out of helping the wealthy avoid tax.

Yet again, we’re seeing not only a misunderstanding by the business class of the ethical implications involved, but also how pervasive neoliberal ideology has become throughout our government over the last few decades.

Whether Troup will be involved in the investigation is relevant, of course. But even if not, the question remains – how useful is the head of an organisation that cannot fully participate in it while acting ethically?

Read the information from the Panama Papers.

Swot up on tax at Tax Research UK.

Support independent media like The Canary to bring you free and fearless journalism.

CORRECTION: this article was updated on 12 Apr to correct mistakes by the author. I previously described Gordon Brown as “then-Prime Minister”, and Troup as the “Chief Executive” of HMRC. Thanks to our readers for pointing this out, and keeping us on the straight and narrow.