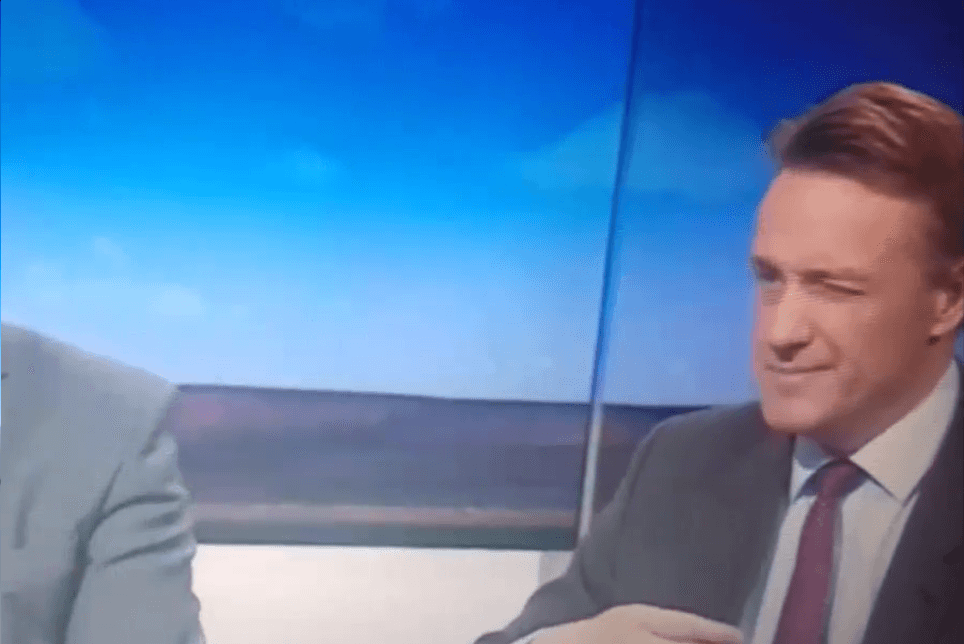 Conservative MP Charles Walker thought he’d pulled it off brilliantly. The plan was to paint Cameron as the victim by shifting the blame onto the media for his damaged reputation, in a ‘heartfelt’ defence of Cameron’s tax affairs. But at the final hurdle – when he thought the cameras weren’t looking, he gave the game away. A not so subtle wink to his fellow Tory MP puts his sincerity into serious question:

Winking to a mate is what you do after getting away with something. In this case, Walker felt he’d talked his boss out of a sticky situation. However – on Monday’s BBC Daily Politics – the MP for Broxbourne’s wink told a tale he should’ve kept for Conservative HQ. It suggests he just pulled a fast one.

Recently, a huge leak of over 11 million documents – dubbed the Panama Papers – forced the Prime Minister to admit he had profited from his father’s tax avoiding trust. Bombarded with calls for Cameron to resign, Downing Street is on red alert. Political damage control is the number one priority and anyone who minimises the blow will be highly praised.

With this in mind, Walker couldn’t help bragging to his colleague when he thought the camera would be focused on presenter Andrew Neil. Twitter did not hesitate to call out the self-congratulatory wink:

#bbcdp Orchestrated 'Outrage' by Tory MP.Walker gives game away by winking at fellow Tory MP when he thought cameras were not on him. min 15

It did get a bit overheated but what was the wink Charles Walker gave before he left? Who was he winking at? #bbcdp https://t.co/sQlOfNuJnS

The Canary previously awarded The Daily Mail first prize for the most hysterical defence of Cameron’s ‘right’ to avoid tax. The Mail “believes the lynch mob has run wildly out of control” because the public are concerned that their country is being run by a tax dodger. The Prime Minister is on a public salary of over 140,000 per year to close tax loopholes yet he has personally benefited from them. It is the government’s job to make sure people pay their fair share of tax, so it is beyond lunacy to hire tax dodgers to carry this out.

In second place was LBC Radio which seriously asked if Jeremy Corbyn should resign over the dodgy tax affairs of Cameron:

The Telegraph and their ‘wealth traps’ were a close third. Poor Cameron ‘trapped’ in his own riches. Charles Moore wrote:

On the one hand, this sentence is amusing lunacy. On the other, it is extremely insulting to the people who are stuck in very real poverty traps, under the watch of Cameron himself. Last year, the Department for Communities and Local Government reported a 55% increase in rough sleepers since Mr Cameron became Prime Minister in 2010. This is correlative to ideological austerity measures.

Walker, the Mail and anyone else defending Cameron have betrayed their utter contempt for democracy. Democracy is meaningless without transparency. The electorate was not informed that the winning candidate himself avoided tax. While his Chancellor has written:

The past two general elections have been won under false pretences. The Conservative party already faces allegations that dozens of their MPs broke the law to win in 2015. Cameron’s mandate is crumbling by the day with petitions for a snap general election soaring past 130,000 signatures within just a few days.

Desperate to wriggle out of a sticky situation, the Cameron camp are blaming phantom ‘wealth traps’, Jeremy Corbyn and the media. And while each counter-attack only betrays this desperation, Walker’s knowing wink on BBC Daily Politics truly gave the game away.