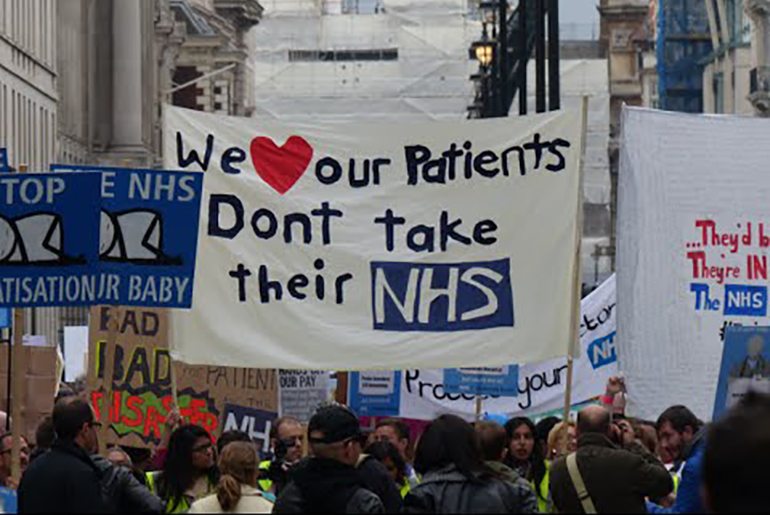 General Medical Council chief, Professor Terence Stephenson, has said that strikes by junior doctors are causing suffering for patients. He’s not entirely wrong, but he’s also missing the point when he says that this makes the strikes unjustifiable.

Stephenson backs Professor Sir Bruce Keogh, who warned, on Saturday, that withdrawal of emergency cover by junior doctors during the strikes, planned for later in April, would put the “sickest and most vulnerable patients at greater risk”.

Both are playing to the public to demonise striking junior doctors – doctors who are reluctantly exercising their right to withdraw labour, with the backing of their trade union, the British Medical Association (BMA).

BMA staff writer, Tim Tonkin, said on Friday that future strike action is firmly the responsibility of the Government, not the striking doctors. The reason? The Government’s refusal to resume talks about the junior doctors contracts.

While Minsters dig their heels in, they ensure the destruction of the NHS as we know it. And there is evidence that that’s been the plan all along.

But there must be some degree of conflict in the minds of these doyennes of the medical profession, surely?

Stephenson and Keogh cannot be blind to the fact that that the proposed contracts are contrary to the “do no harm” principle of the medical profession. Yet they are still clearing the path for the Government’s contract – which will crush our young medics’ spirits, leave them completely exhausted, demoralised, and so underpaid for their time that many are considering leaving the profession. How can doctors give patients the best possible care under those circumstances?

A defined, short-term risk is better than accepting a long-term reality that will certainly imperil patients for years to come. Why on earth would Stephenson and Keogh seek to manipulate the public with emotive rhetoric that could see public support for the junior doctors destroyed?

We can speculate about vested interests, of course, but whatever the reason, the fact is that these two senior doctors are throwing their junior colleagues under a bus.

This type of manipulation is not a new invention – we’ve seen cynical moves against strikes time and time again. Yes, patients may suffer as a result of the strike, just as commuters suffer RMT union strikes and children and families suffer teachers strikes. Who wouldn’t want doctors who can doctor effectively, teachers who can teach effectively, and tube workers whose rights are protected?

It’s really that simple. If you want free-at-point-of-service healthcare, staffed by the best, brightest and most effective professionals, then support the strike – our lives depend on it.