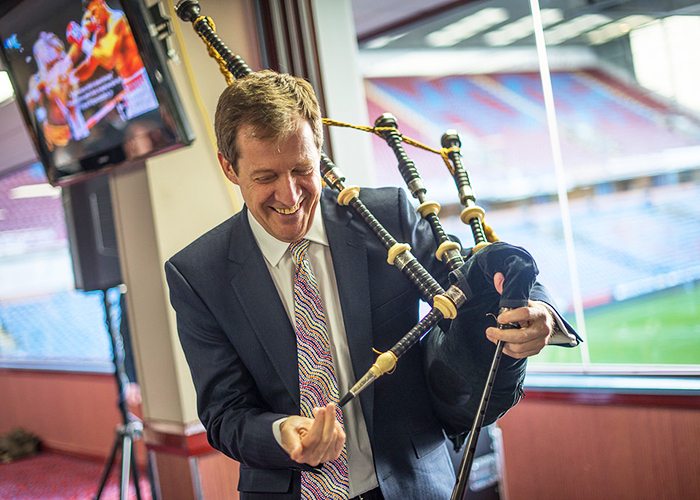 In a bizarre speech to the Irish Business and Employers Confederation, former New Labour spin doctor Alastair Campbell claimed that those who support the Brexit campaign are in awkward company. Apparently, Brexit would “definitely” suit the agenda of Daesh (Isis/Isil), “maybe” Vladimir Putin and, “depending on what mood he is in”, Donald Trump.

Mr Campbell’s comments don’t appear to have outlined exactly how he believes the Vote Leave camp is aligned with Daesh’s agenda, but then neither side of the debate have seemed too put off by a lack of clarity in their emotional appeals to voters lately. The Canary has also reported on the Leave campaign’s much-criticised leaflet from March, revealing 50 immigrants from the EU who have committed crimes such as murder and rape while living in Britain.

In a far more sober look at the realities of the Leave/Remain stances, The Mirror breaks matters down in its comment on Campbell’s speech:

Brexiters say leaving would give Britain control over its borders – but Remainers say it would isolate the nation and cut us off from EU information sharing on terror cells.

Mr Campbell is hoping that Irish business leaders and expats will support his views, and influence the 1.5m Irish voters currently residing in Britain to vote Remain in the 23 June referendum.

Can we make it a key objective of #Brexit the forced retirement from public life/view of people like this dickhead? https://t.co/mdzc19DLRr

Both sides have been accused of “unleashing propaganda” about the campaign. And unfortunately, in this situation, the public are the only ones who really suffer.

We cannot have an informed debate if pundits keep making throwaway comments and alarmist speculation on emotive issues. Not only because they mean nothing without considered and intelligent debate about the pros and cons – which there are on both sides – but also because those who are already struggling to engage with the debate will only give up in frustration.

– Read up on the EU debate.