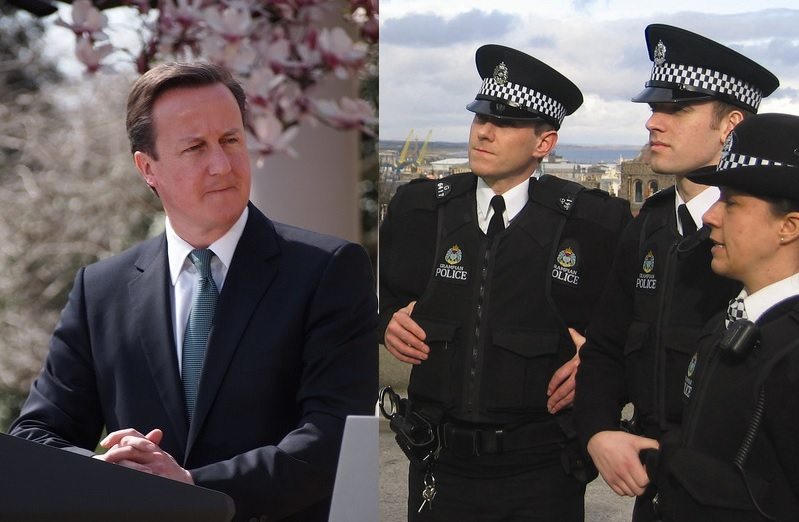 At least eight police forces are currently investigating allegations of electoral fraud in the 2015 general election.

Gloucestershire police were the first to publicly announce an investigation, which is understood to relate to the suspicion of fraudulent activity by the Conservative party. North Cornwall police have also acknowledged a probe. According to The Mirror, other forces taking action are Greater Manchester, Derbyshire, West Yorkshire, Northants, Cheshire and Staffordshire. And the Editor of Labour Rebuttal suggests there are even more:

There are further Tory MPs facing accusations of illegal spending in the 2015 general election campaign, which means other police forces could follow.

Prior to that meeting, the Electoral Commission released the following statement:

as part of the investigation launched on 18 February 2016 into Conservative Party campaign spending returns, it has requested that the Crown (CPS) Prosecution Service and the police consider applying for an extension to the time limit available to pursue criminal prosecutions.

An extension to the time limit is necessary because if a year passes after the alleged offences, prosecutions will not be allowed. Gloucestershire police have said:

We are considering an application for extension on time to investigate.

The Mirror has reported Greater Manchester police have now been granted an extension, and Derbyshire and West Yorkshire have also applied for one.

The allegations of fraud largely relate to the Tories’ much lauded 2015 “Battle Bus”, which scuttled activists around the country in the lead-up to the general election. The expenses for this campaigning tool were declared under the party’s national return. But detailed investigations by Channel 4 News and The Mirror suggest the Battle Bus was used to encourage constituents to vote for local candidates. In those circumstances, expenses should have been listed on local returns and would have pushed many candidates over the legal spending limit. This would be in breach of the Representation of the People Act (RPA) 1983. MPs found guilty could face up to one year in prison, substantial fines, and be barred from office for three years.

Furthermore, Channel 4 News discovered that the Conservatives failed to declare, in any return, more than £38,000 in accommodation costs for the Battle Bus campaigners as they were travelling around the country. A Conservative party spokesperson excused this as an “error”.

The potentially devastating scandal was discussed in the House of Commons on 5 May. The SNP’s Pete Wishart commented:

The claims are absolutely extraordinary and centre around Conservative candidates… Surely we must now hear what the Government’s view on this is and there must be no whiff or suggestion that this Government cheated its way to power.

The Conservative’s Leader of the House, Chris Grayling, responded:

it is for proper authorities to address issues whenever they arise

He’s right. The onus is now on the individual police forces to decide to act, and it seems many are doing so.

The Electoral Commission essentially paved the way by calling on the police and prosecution services to consider extensions. But it is up to the individual police forces in the affected areas to launch inquiries into the matter and seek the necessary extensions by mid-June.

Many police forces have now got the ball rolling. For the sake of a healthy democracy, let’s hope all of them follow suit.

If you live in one of the seats where Tory candidates may have been helped to victory without correctly claiming their expenses, please consider contacting your local police force to make a complaint.

Follow the latest developments via Michael Crick and #toryelectionfraud.