IDS' past actions are coming back to haunt him, as a potential investigation is revealed - Canary 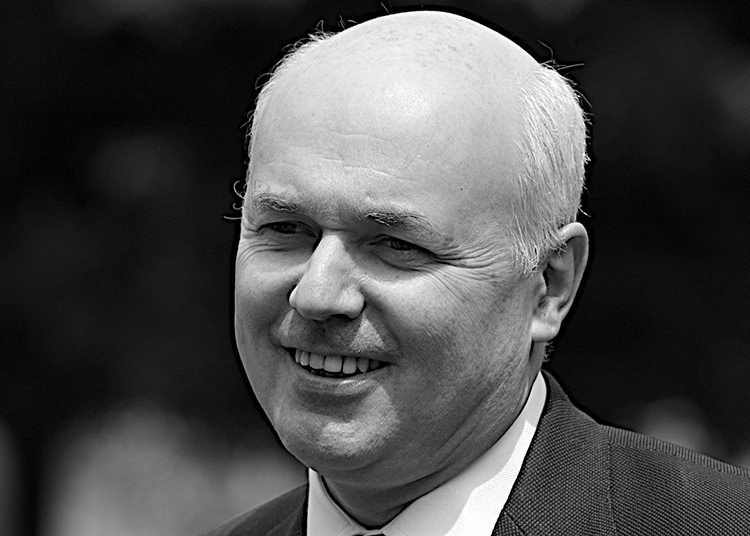 Iain Duncan Smith and Chris Grayling are facing a possible criminal investigation by police in Scotland, after disability activists accused them of neglect of public duty.

Disabled activist John McCardle of the online campaign network Black Triangle lodged a complaint against the former Department of Work and Pensions (DWP) secretary and the former Employment Secretary in April, in response to their failures to act on information about the deaths of those who were deemed ‘fit for work’.

The Independent’s article on the potential investigation includes a compilation of ‘the most ridiculous reasons people had their benefits sanctioned’, which includes people who didn’t apply for jobs on Christmas Day, and someone who missed an appointment due to being hospitalised after being hit by a car. In many of these cases no leeway is given.

At this time the police have confirmed they are looking into the complaint and “assessing whether to launch a criminal investigation.”

If a full investigation goes ahead, this could prove to be a landmark victory for public health, and a vindication of the rights of those afflicted by government austerity policies of the last six years. The attention paid to the actions of the DWP by law enforcement also, whether or not it results in legal action, demonstrates a significant step forward for those who have been desperately trying to get the government to take the harmful effects of their policies seriously.

The specific event which underpins McCardle’s complaint was the dismissal of a letter from the coroner of Stephen Carre, a disabled man who committed suicide shortly after being deemed ‘fit for work’ by the DWP in 2010. The coroner asked the then Labour government to reconsider their policy “not to seek medical evidence from a GP or psychiatrist if someone applying for out-of-work disability benefits had a mental health condition.” The Disability News Service explains:

The letter relating to Stephen Carre was sent to the Labour work and pensions secretary, Yvette Cooper, but only arrived on 30 March, just a few days before the start of the 2010 general election campaign.

There appears to have been no official response to the letter from ministers, who also failed to pass it to Professor Malcolm Harrington, the independent expert they recruited to review the WCA, while they pressed ahead with plans to roll out the test to incapacity benefit claimants the following year.

There appears to be no investigation into Cooper, who was the DWP Secretary in question at the time. The activists’ complaint instead focuses on the two men who headed up the coalition government and subsequent Conservative governments’ austerity policies which not only continued but:

expanded and strengthened [work capability assessments (WCA)] with zeal, even though this evidence had demonstrated that the WCA was not safe and that the deaths of some claimants as a result of this test was foreseeable.

It shouldn’t be forgotten, however, that these assessments are part of a larger austerity narrative that a faction of the Labour Party remain committed to. The omission of Yvette Cooper from the investigation has not been addressed by any of those involved.

If any charges are brought against the two former ministers, there will be plenty of damning evidence to consider. But whether or not this affects any change in policy and austerity strategising generally will likely be the real crux of this investigation for many.

Write to your MP about the actions of the DWP.