As 2016 smashes a TENTH temperature record, we can no longer deny this one simple truth (IMAGES) - The Canary 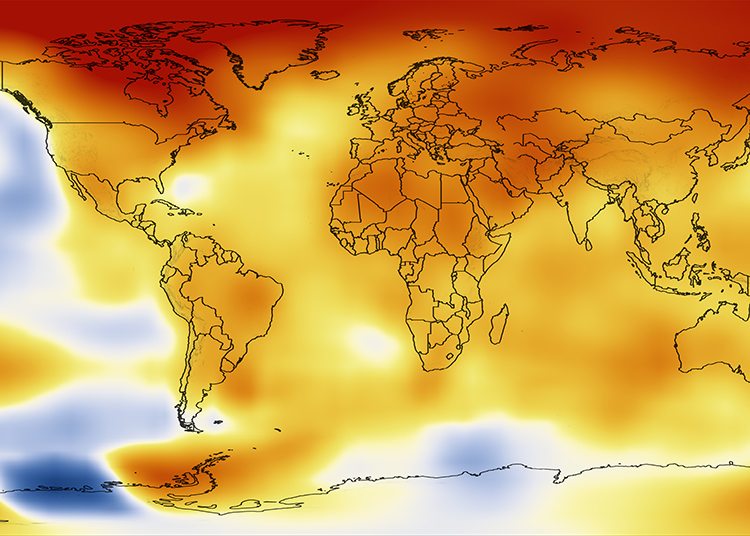 Climate change has come to a head. Both 2014 and 2015 “demolished” previous records for the hottest global temperatures, and 2016 is predicted to do the same. And to an alarming degree.

The science community has described this as a “climate emergency“. Professor Michael Mann at Penn State University asserts that every month so far in 2016 we have been “hovering close to the threshold of ‘dangerous’ warming, something we have not seen before”:

The [new data] is a reminder of how perilously close we now are to permanently crossing into dangerous territory, it underscores the urgency of reducing global carbon emissions.

Without immediate, worldwide and drastic changes to human behaviour – an improbable if not impossible scenario – this rush toward the irreversible damage of climate change on our ecosystem will not shift course any time soon. We can no longer deny that climate change is going to happen – indeed, it has already begun.

Andy Pitman, of the ARC Centre of Excellence for Climate System Science, has declared that this news completely undermines the historic deal made in Paris last year, for which the present leaders declared an abstract ‘agreement’ to halt temperature rises over 1.5 degrees celsius:

The 1.5C target, it’s wishful thinking. I don’t know if you’d get 1.5C if you stopped emissions today. There’s inertia in the system.

Neither, then, can we deny that we need to force through action, even if we initially feel “paralysed” into submission. And we must do so by several radical means. Whatever works.

Leading intellectual Professor Noam Chomsky said this week that we have come to a point in history where our political, environmental and social decisions have led us to a most particular and devastating one:

We have to decide whether the species survives in any decent form.

What do we need to do? What can we do?

‘Climate deniers’ will insist that the 3% of scientists who doubt the findings of climate science are right. That we need ‘free-market solutions‘ to the energy crisis. And that weather changes, right? Who cares!

Beware of arguments by those who don’t know the difference between climate and weather, and who might jump on individual natural phenomena to dismiss decades of research.

For example, perhaps the only good news within this crisis is the impact of the El Niño weather phenomenon on the recently broken records.

El Niño (‘the boy child’ – so called “because of its tendency to occur around Christmas time”) is the name given to the warm phase of the Pacific Ocean’s rhythmic temperature change. (The cold phase is, in contrast, called La Niña – ‘the girl child’.) This ecological phenomenon has an effect on the rest of the world’s ecosystems. It’s described as “an engine that moves heat” around global weather patterns.

A particularly dynamic El Niño in the year just gone has caused the hottest averages by the largest margin. However, scientists at leading Universities from Germany to the US are in agreement: El Niño is only amplifying the conditions caused primarily by anthropogenic (human-created) climate change.

This naturally occurring El Niño event and human induced climate change may interact and modify each other in ways we have never before experienced.

Firstly, we must not let individual get-out clauses or skeptics prevent us from understanding the bigger picture. Even if we don’t have every answer or piece of the puzzle, we must be on board with making changes as best we can, wherever we can.

Let’s not be derailed from radically moving culture and practice forward, especially by those whose rhetoric contains phrases like “superior mileage“, “acts of sunlight” and “Ecomagination“.

Since the Paris climate deal was signed in late 2015, leaders have been applying their “soaring rhetoric” to legally-binding proof that they are ‘doing something’ for the taxpayers of the future. Said rhetoric stops short of discussing any guarantees of breathing, eating, or survival.

David Cameron has been so bold as to claim that the UK was “already leading the way”, and “helping less-developed countries” to do the same. The UK is cutting its emissions, thankfully, but not by much. And last time we looked, the climate-changing emissions of the condescendingly labelled “less-developed” countries weren’t such an issue anyway.

China, the US, and Russia emit about half of all the world’s climate-changing pollution, and around a third comes from other ‘developed’ countries including the UK and our European neighbours. The rest of the approximately 175 countries in the world emit only 20% of emissions between them. 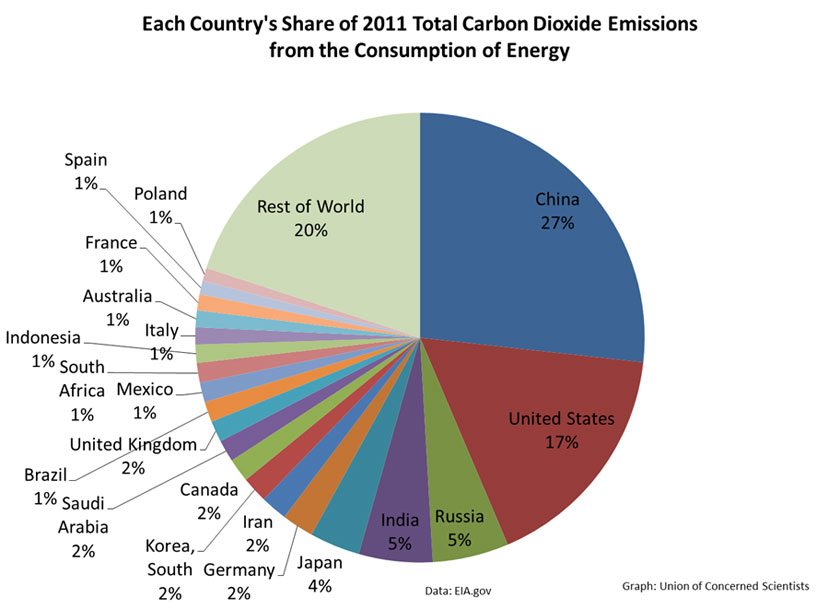 Cameron’s argument seeks to deflect the responsibility away from ‘developed’ (i.e. industrially and financially developed to the standards of a free-market capitalist model) countries. He may or may not fully understand or accept that the development of our high consumption, energy guzzling, throwaway society is what has led us to this precipice.

Other leaders are similarly faux-optimistic, and focusing only on economic concerns – which as it stands, will be the realistic area of change at this point – rather than attempting to adapt our devastating cultures.

Labour’s shadow energy minister Barry Gardiner says the Paris deal will usher in a “new industrial revolution” that’s “clean” and “green”. However during the time it will take to do so, there is no sign that he intends to support a radical curbing of the oil magnates and frackers that some say are ‘just doing their jobs’ and ‘fuelling the economy’.

Yes, we need energy. We need transport. We need to be able to function as a society. But this is not an argument for maintaining the fossil fuel industry and defending a capitalist doctrine that demands constant growth, obsessive production of abundant luxury goods, and destruction of the natural environment. In reality, to function as a society equitably, sustainably, and any further down the line than a few more decades, our idea of society needs deconstructing and rebuilding.

This is what multinational companies would like us to believe. But whoa there, pickle – don’t get nervous. Guilt perpetrated by Selfish Capitalism (yes, that’s a thing) will only make you inactive.

Industry holds such dominance over the cultural conversation, and so consistently puts us in the role of ‘consumer’, that to accept that role and choose to be a ‘responsible consumer’ feels like the only choice we have to make change.

If we buy the toilet paper that inspires the company to plant one tree per bog roll, or buy the car that produces fewer emissions, or the correct margarine, we can save the planet.

Capitalism is now so dominant that we are economically bound to engagement with it. If we didn’t, most of us would be only fig-leafed (and likely, then, shamed and attacked), starving, and exposed to the elements. The only way to change this is to understand it, and maintain a healthy resistance to resignation while fighting and working for something different. While no radical change will happen unless we all take responsibility for our culture, we must understand it.

Even if we were all to cut our personal carbon footprint, a rampant and wasteful approach to industrial practice globally means that industry is responsible for roughly 80% of greenhouse gas emissions. 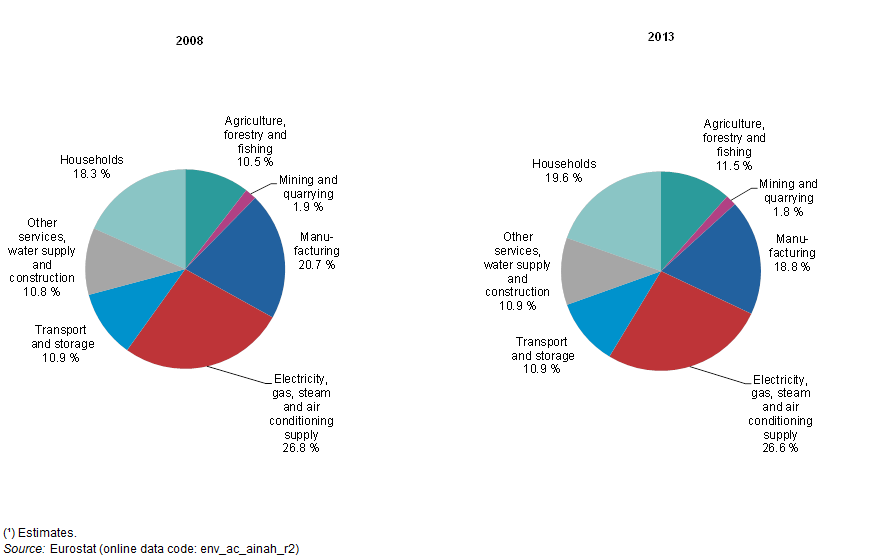 So cutting one’s carbon footprint, or adapting our shopping regimes, is a good move. But it will have very little effect while our neoliberal governments continue to deregulate industries. And even when governments do reject a laissez-faire doctrine and see fit to regulate them, rarely do industrialists take much notice if it will affect their profit margin.

Keep on keeping on

So if climate change has already started, then all we can do is meet it; we must continue what we’ve started. Activists in the fields of science, finance, art and more are already doing great work, picking at the fabric of culture and society as it unravels, and reweaving it into something that we might see clearly and hold onto. The more of us that are doing that work personally, locally, globally, strengthening the loose ends, the better off we’ll be.

Get online, and find people near you who are already doing activist work.

Learn about a different approach to the economy at the New Economics Foundation.

Keep in touch with the Radical Film Network for different ways of seeing the world.