EU scientists alarmed over ‘pseudoscience’ in regulation of compounds in agriculture, healthcare and industry - Canary 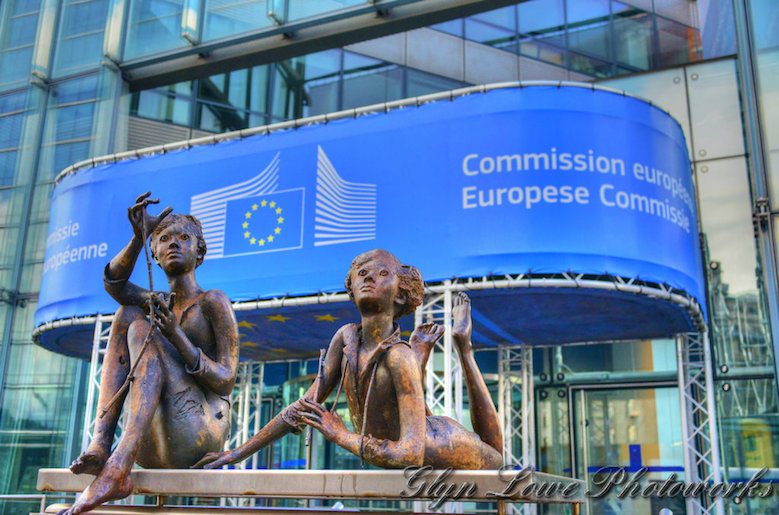 This month a group of scientists from across Europe met to express their concern over the impact of ‘pseudoscience’ and ‘dogma’ on regulation decisions. The scientists believe that some people are being ‘deliberately selective’ in presentations of risks. They highlighted the fact that strongly expressed opinions arising from well-funded pressure groups could result in poor regulatory choices when it comes to agriculture, healthcare and industry.

Pressure from the public

Each scientist has particular expertise in either risk analysis, genetics, toxicology, endocrinology, or human pathology.

Risks from glyphosate herbicides, new plant breeding technologies and endocrine disrupting chemicals (EDCs) are believed to be being distorted. The characterization of risk determines the likelihood that effects will occur under real exposure conditions.

For chemicals, sound regulation requires comparison of exposure with potency, and risk characterization is required to enable the potential benefit of a chemical to be assessed against its potential to reduce harm.

In the discussion, the concern was raised that public perceptions about scientific assessments are currently distorted by people, often from NGOs and well-funded pressure groups. The European Parliament and European Commission have access to robust scientific advice, but this is not always being used in legislation because of these strongly expressed opinions.

Which suggests that the EC are being swayed by public concern and pressure. He goes on to say:

“The reality is that there is no robust, consistent scientific evidence to support these dogmatic stances, and indeed most of the robust evidence points in the opposite direction for some of the chemicals and techniques now being considered as subject to extra regulation.”

A good example of this pressure in making regulation decisions is the delayed renewal of the approval for the widely used weed killer glyphosate. Its current license expires on 30 June. The decision to vote on the renewal keeps being delayed because of inconclusive votes by member states.

Several high profile pressure groups have been petitioning and speaking out about glyphosate and its potential harms, including Greenpeace and foodwatch. The petition by foodwatch had garnered almost 150,000 signatures at the time of writing.

There have been several conflicting reports about the safety of glyphosate. The United Nation’s International Agency for Research on Cancer (IARC) classified glyphosate as probably carcinogenic to humans in a limited study in March 2015. But The European Food Safety Authority (EFSA) used a large body of evidence to state that glyphosate is unlikely to cause cancer in humans.

The EFSA report set the first “acute reference dose” for the substance, which is a recommended limit for food-based intake of the chemical. The EFSA report used different statistical methods to the IARC report, looked at extra studies that hadn’t been published yet, and differed from the IARC report in that it only looked at the impact of glyphosate, not commercially available formulations of glyphosate, which include other ingredients. The report says that there is not sufficient evidence to decide whether commercially available formulations of glyphosate are safe.

High pressure groups have promoted the research from the IARC and slammed the EFSA research. Greenpeace highlighted that:

Ninety-six independent scientists, including several of those involved in the WHO’s cancer review, slammed the EFSA assessment as ‘not supported by the evidence’

The group further argue that leading scientists have concluded that:

The commission could go ahead with the renewal, despite inconclusive results, as they did to ban pesticides that are believed to be toxic to bees in 2013. But the commission has made it clear that it would not proceed without a solid qualified majority from member states in glyphosate’s case.

Instead, the commission said that if no decision is taken before the end of next month, “glyphosate will be no longer authorized in the EU and Member States will have to withdraw authorizations for all glyphosate-based products.”

Greenpeace argued that, faced with scientific controversy and public alarm, the commission “wants to share the blame with member states” if glyphosate stays on the market, Franziska Achterberg, food policy director at Greenpeace EU in Brussels, tells ScienceInsider.

Manufacturers of glyphosate such as Monsanto, which are no doubt biased, have stated that the delays are “not scientifically warranted” and that EFSA’s risk assessment was “one of the most thorough evaluations of an agricultural product ever conducted.”

This has in turn led to claims that EFSA is under the influence of industry. Which is an accusation that they have always vehemently denied, asserting that their key values are “independence, excellence in science, openness, transparency and responsiveness.” EFSA state that:

While dialogue is important, independence is critical, and EFSA ensures that the experts on its Scientific Committee and Panels are able to discuss and adopt scientific opinions free from any inappropriate influence.

The scientists that met this month argued that the presentation of the issues to the public and to the Commission by some pressure groups has resulted in proposed courses of action that are not supported by a scientific evidence base.

Some have applauded the scientists for their willingness to speak-out against pseudoscience and potentially bad regulation. Gregory Bond at Science 2.0 states:

They represent a silent majority who either do not have the time to engage on the issue or fear retribution from the pressure groups for doing so.

For EDCs, glyphosate and gene editing techniques for plant breeding for example, they argue that the regulation proposed runs counter to the huge database and detailed understanding of all aspects of the substances from their mode of action, to breakdown in humans and the environment to their effect in humans.

The group further highlighted that the current level of knowledge about EDCs and hormone action is such that it allows scientists and the regulatory bodies to identify compounds with potential endocrine activity and to address their potential to cause harm to humans or to the environment via well-established processes.

The scientists emphasised that management of chemicals and techniques should be based on robust scientific evidence to ensure protection of human health and the environment, while maintaining the sustainability and competitiveness of the European economy.