While the media whipped up a non-coup in Labour, a REAL coup happened in the Tory party - Canary 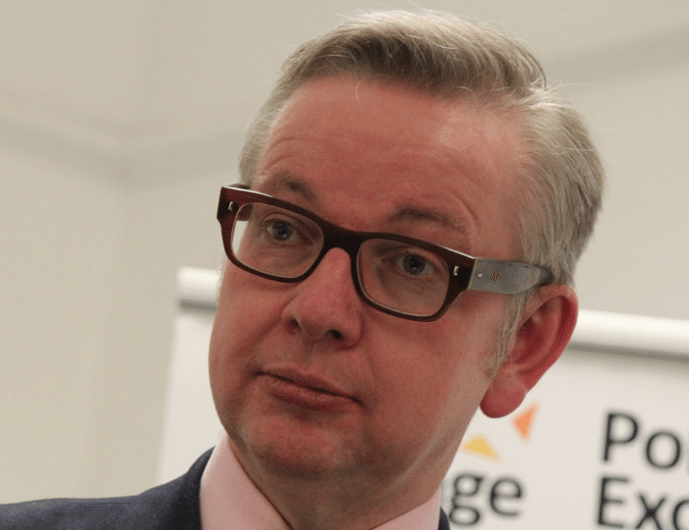 In a few short hours today, Michael Gove tore up the script for the Conservative party’s future post-Brexit. Most predicted an easy win for Boris Johnson in the forthcoming leadership election, and the party moving forward with Gove as Chancellor perhaps. Instead, Gove has announced his intention to run, and Boris has declared himself out of the contest. That, Labour plotters, is how you do a coup.

This move has the added cheer for non-Conservatives of presenting the Conservatives with two entirely unelectable faces at the next general election. Michael Gove, whose decimation of the education system gives him a level of public popularity somewhere between Thatcher and Enoch Powell; or Theresa May, whose increasingly belligerent and authoritarian handling of the Home Office makes her probably marginally less popular again.

One cannot help but feel as if the UK’s two mainstream parties united this week in a suicide pact. The Conservatives putting forward two main candidates with all the charm and likeability of a hungry shark, and the Labour establishment trying to oust its most popular leader in years to replace him with Angela Eagle or Owen Smith (who?).

Both events have proven once again that the Westminster lobby of journalists is every bit as out of touch with the public mood, and the political upheavals ahead – as the mutinous Tories and Labour MPs. While BBC political editor Laura Kuenssberg and the rest of the press pack predicted the imminent demise of Corbyn, and the rise of Boris Johnson – reality went otherwise.

As it stands, it doesn’t look like Corbyn is going anywhere. Quite the opposite. A petition called “A vote of confidence for Jeremy Corbyn after the Brexit vote” has gathered more than 230,000 signatures in the last five days and continues to rise rapidly. A hastily convened confidence rally outside parliament this week saw more than 10,000 supporters pack out Parliament Square at a moment’s notice to back the Labour leader. The leaders of the 12 strongest unions in the United Kingdom also wrote a letter of support following the attempted coup. Today, over 22,000 people are rallying at the hashtag #Corbyn4All to demonstrate the diversity of Corbyn supporters which the mainstream media and the neoliberal establishment of the party refuse to acknowledge. And finally, local constituencies appear to be moving against the Labour plotters to overhaul the party MP by MP. 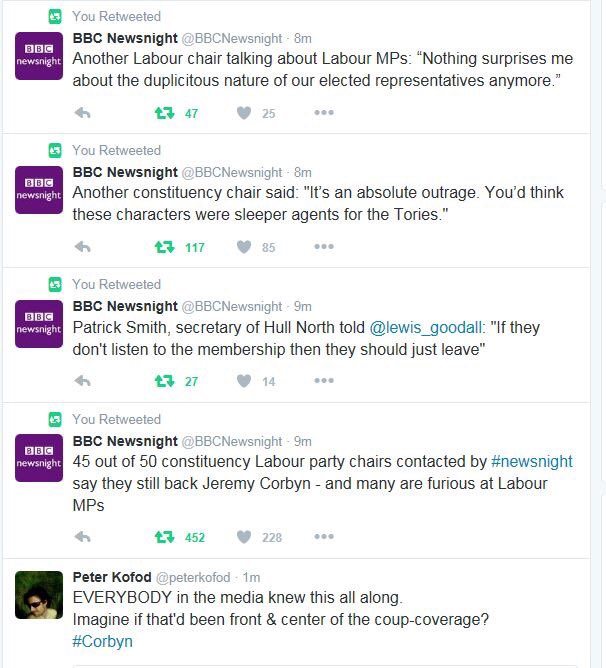 While the media continued to apply pressure against this almost inevitable outcome (they are facing a movement now, not just one man), they totally missed the mutiny happening at Conservative HQ.

Cameron is out, Osborne is silent, Boris Johnson is over, Michael Gove is in the ascendency – and Theresa May is apparently all the Remain side of the party have to contest him with. This was the outcome that The Canary suggested was possible all along. As we wrote weeks ago:

In the end, it happened. While rumours swirl that an outsider like Iain Duncan Smith’s replacement Stephen Crabb will now launch a rival bid to make things yet more dramatic.

This is ever more incentive for Jeremy Corbyn to remain firm in position as Labour leader. A vigorous, left-wing movement that is unafraid to welcome alliances with the progressive forces in UK politics and campaigning (Greens, Plaid Cymru, the SNP, and grass roots networks across the country) – would likely trounce a divided Conservative party with an unpopular leader in the middle of an election fraud scandal. It’s time for the Labour plotters to resign, at the very least from their coup – and for Labour to take the fight to where it counts. The country is crying out for a progressive, anti-austerity government, and the only thing standing in the way are the Labour plotters.