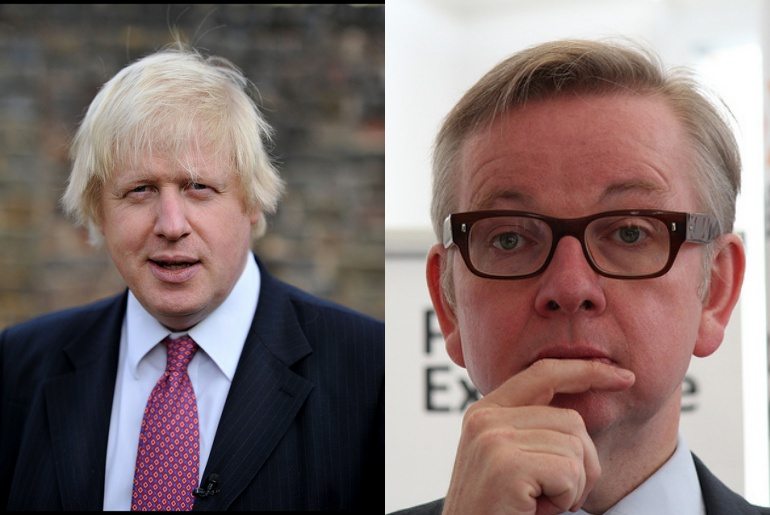 Boris Johnson has made a shock announcement that he will not be standing for election as party leader.

His announcement comes after a surprise betrayal by his fellow leave campaigner, Michael Gove, who announced today that he would be entering the leadership contest. It is rumoured that Gove only told Johnson five minutes before announcing his intentions.

Gove was unequivocal in expressing his opposition to Johnson:

I have come, reluctantly, to the conclusion that Boris cannot provide the leadership or build the team for the task ahead.

Johnson declared his change of heart during a press conference where it was anticipated he would be declaring his candidacy, stating:

Well, I must tell you, my friends, you who have waited faithfully for the punchline of this speech, that having consulted colleagues, and in view of the circumstances in parliament, that person cannot be me.

While Johnson was widely tipped to be the next leader of the Conservative party, there have been rumblings of disquiet among MPs over his ability to lead the party.

However, whether it was Gove’s betrayal, or Johnson running scared from attempting to fix the mess Brexit has caused, is anyone’s guess. Given he has already backed down on some of his Brexit promises, clearly has no plan, and will soon have to answer for his controversial claims that leaving the EU will give us £350 million a week to invest in the NHS, it seems he may be running scared.

This is certainly the view of many on Twitter:

#Boris bottles it. Quite happy to lead us into #Brexit but not willing to lead us out of it (although it's probably just as well)

Whether or not Boris’s departure from the leadership race is a cause for celebration is questionable. Given his previous support for the EU, it is clear he probably does not have the passion or the drive necessary to fulfill his Brexit promises. Equally, it is good to see someone who has such a dubious record with the truth being forced into this position.

However, given the list of candidates waiting to take his place, there is little to smile about.