If we want to stop the racist drivel in the tabloid press, we need to hit them where it hurts [VIDEO] - Canary 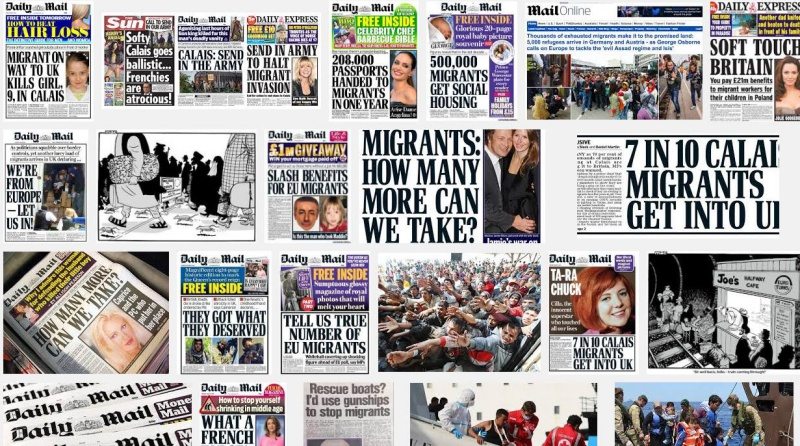 A new campaign has been launched to directly tackle the hate and racism being perpetuated by the tabloid media. And it’s directed exactly where it will hurt them most – at their advertising revenue.

Stop Funding Hate has been set up to:

build an effective, well-targeted campaign that will convince advertisers to pull their support from the Daily Mail, Sun and Daily Express.

These three newspapers have a long track record of sowing hatred and fear within UK society, skillfully playing off one group against another in pursuit of their divisive political agenda. That hate campaign reached new heights during the European Union referendum, when an upsurge in scare stories about EU migrants accompanied a wave of racist attacks against immigrant families living in the UK.

So the campaign is finding direct ways to challenge the influence these papers have:

Following the vote to leave the European Union, the economic outlook is worsening, amid a volatile political climate. In these circumstances, there is a high risk that the media’s continued scapegoating and demonisation will lead to more violence. We urgently need to find constructive, non-violent ways of challenging the power of the Daily Mail, Sun, and Daily Express.

But the main focus of the campaign is to harness the power people have as consumers to force companies away from advertising with these papers:

Even if you’d never buy the Daily Mail, Sun or Daily Express, the chances are that you do shop somewhere that advertises with them. If enough of us use our power as consumers to pressure these companies, we may be able to persuade them to pull their advertising and stop financing the hate campaigns.

Stop Funding Hate has released a video to go with their campaign:

The first target of the campaign is Virgin Media, which advertises in The Sun. A petition has been started, addressed to Tom Mockridge, the CEO of Virgin Media, calling for the company to “take a stand against racism by pulling your advertising from the Sun newspaper”.

The petition, which has already gained over 9,000 signatures, states:

Virgin’s brand values – being honest, decent and playing it straight – are totally at odds with the Sun’s track record of misleading reporting, and of playing one group off against another in pursuit of a divisive political agenda.

It also sets out clearly why tackling the hatred peddled by these papers is so important:

Last year, the United Nations High Commissioner for Human Rights raised serious concerns about a Sun article likening migrants to “cockroaches”. He said this was typical of “decades of sustained and unrestrained anti-foreigner abuse, misinformation and distortion” by the UK media.

Yet since then, the Sun’s demonisation of immigrants has only intensified. The hate campaign reached new heights during the European Union referendum. An upsurge in scare stories about EU migrants was followed by a wave of violence against immigrant families.

Since Brexit, there has been a 57% increase in reported hate crimes. This toxic climate has been fuelled by the lies, manipulations and distortions of the tabloid press. Headline after headline has screamed abuse at immigrants, and images like this one in The Daily Mail have created an environment in which hate and racism have become an acceptable narrative.

This campaign not only seeks to challenge this narrative, but to hit the profits these papers are making. And with enough support, it could make a difference.

Sign the petition to ask Virgin Media to pull their advertising revenue from The Sun.