Owen Smith issues a stark warning about the future of the NHS, but ignores one crucial detail - Canary 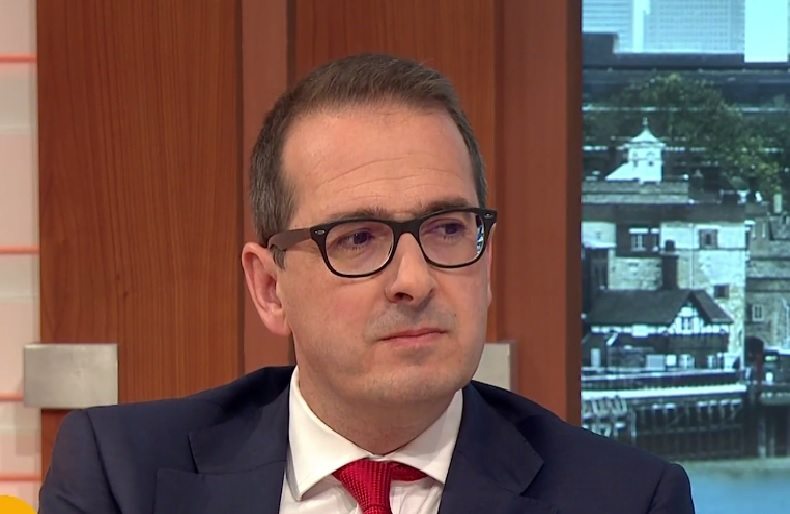 Owen Smith has delivered a stark warning about the Tories’ “secret plan to privatise” the NHS. But noticeably missing from his speech was an explanation about why Smith himself helped the private sector benefit from the health service when he first became a Labour MP.

On 12 October 2010, parliament held a debate on epilepsy services. Smith, who was elected that year as the Pontypridd MP, contributed to the discussion. The Labour leadership challenger noted that he had personal experience with the condition, as his brother has epilepsy. He also explained:

I worked in bioscience before coming to this House, and therefore have some insight into the science around epilepsy and the economics around the production of medicines.

Smith’s “insight” comes from working as a lobbyist for two US multinational pharmaceutical corporations, Amgen and Pfizer. In the debate, he addressed a number of issues including generic drugs, the cheaper alternatives to brand-name medicines. Smith commented:

Generic substitution is clearly an issue. We all understand that we need to make savings, and the importance of substituting generic medicines for the original brands when they are available.

We must be careful about generic substitution of epilepsy drugs. I know that many sufferers agree with that.

So Smith recognises the “savings” that would be made for the NHS by using generic alternatives but insists “we must be careful” about them. And the only concrete point he makes to support this argument is that using generic medicines removes the “economic incentives” for private companies to produce them.

Admittedly, the NHS was in a much stronger financial position in 2010 than it is today. During its time in power, the Conservative government has pushed the service to the brink of bankruptcy.

But Smith’s argument is revealing. He prioritises the “economic incentives” of private companies over those of the NHS. That is a position which is tough to reconcile with Smith’s current objection to “lining the pockets of private sector shareholders”.

And patents, or brand-name drugs, can line the pockets of shareholders handsomely. In 2013, Pfizer – one of the companies Smith worked for – made a 43% profit margin from this business, $22bn in total.

Intervene where it matters

During the 2010 debate, Smith also suggested that there should be “government intervention to try to improve incentives” for private sector drug companies, namely through more public funding.

There are such incentives already in place through a £1bn tax relief scheme, known as the patent box, which lowers the rate of corporation tax to 10% for companies who undertake research and development. But the scheme has faced criticism for failing to deliver concrete results and for allowing companies to enjoy the generous taxpayer-funded incentives during development, only to then sell off the product to the international market.

These incentives have caused debate across the rest of the Labour Party. The Shadow Chancellor, John McDonnell, called the patent box a “potential tax loophole with limited impact on research”. Jeremy Corbyn also does not appear to support the way these relief schemes presently work. Commenting on a previous statement by Corbyn, McDonnell said the current Labour leader is:

Along with 76 other MPs, Corbyn and McDonnell are supporters of the NHS Reinstatement Bill, which aims to completely reverse the marketisation of the NHS. The bill, which has its second reading in parliament on 4 November, is currently not endorsed by Smith.

In Smith’s recent speech, he claimed to have “fought the Tories’ top-down reorganisation” of the NHS and “warned that it would lead to an explosion of privatisation”. But actions speak louder than words. His track record so far paints a very different picture from the anti-privatisation image Smith is trying to present.

And it’s unlikely the public will trust him on the NHS until he starts behaving like he deserves it.