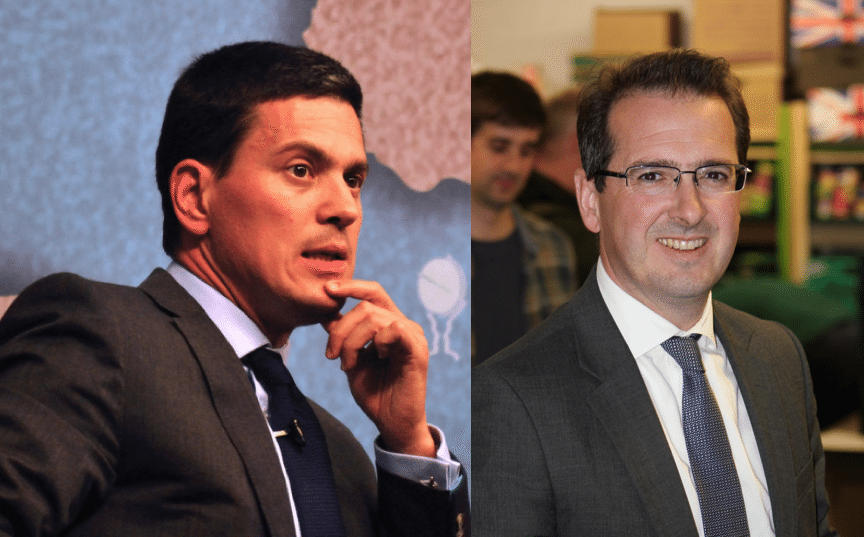 The attempts of the Parliamentary Labour Party to oust leader Jeremy Corbyn without the support of the party’s over half a million members have hit another hurdle. With all signs showing Owen Smith set for a major defeat in the forthcoming leadership election, it looks like the coup is about to throw him under the bus, in favour of David Miliband.

The Westminster rumour mill went into full speed over the weekend, in what looks like an attempt to test the mood for the potential Miliband comeback. The Mirror, which has provided some of the most hyperbolic anti-Corbyn content since the coup, wrote this:

Labour MPs are appealing to David Miliband to return to UK politics in a desperate bid to oust Jeremy Corbyn .

Senior backbenchers want Miliband, who quit politics to run a charity in the US, back here as quickly as possible.

And they say one possible route would be for him to stand in the Batley and Spen seat left empty by the killing of Jo Cox.

No date has been set for a by-election but rumours are growing that the solid Labour seat would be ideal for Miliband.

One backbencher said: ‘It’s something that is being looked at. This would give David time to get back into the swing of Parliament, build up his profile and then mount a leadership ­challenge.

‘A lot of people think he’d be the perfect solution.’

The coup already dispensed with its original candidate Angela Eagle, just days into her campaign. Eagle’s short-lived Labour leadership battle was blighted by false accusations of bigotry against supporters of her rival Jeremy Corbyn.

Despite all this, mainstream publications continue to grant Eagle a platform to continue a smear campaign which has been found, time and again, to be entirely baseless. Furthermore, Smith’s campaign has been buoyed by these ghost stories of phantom racism, sexism and bigotry.

But with the entire media, commentariat, political and pundit class on his side, Owen Smith is languishing far behind the incumbent Labour leader. Gambling site Betfair has Corbyn with an 85% chance of winning. Local Constituency Labour Parties are also coming out in force for Corbyn.

Whatever way you slice it, it’s pretty inconceivable that Smith is going to topple Corbyn at this point.

Some elements of the Parliamentary Labour Party would like to throw yet another candidate under the bus, replacing him with an arch-Blairite who couldn’t even beat his brother Ed (who went on to lose a general election against one of the most loathed governments in modern history), and who tried and failed to oust Gordon Brown back in 2008. If anyone knows how to botch a coup, it’s David Miliband.

This is yet another ill-considered move destined to drag the party into further acrimony, while Corbyn continues to build support outside of the Westminster bubble. We’ll say one thing for the Labour coup team: at least it’s consistent.