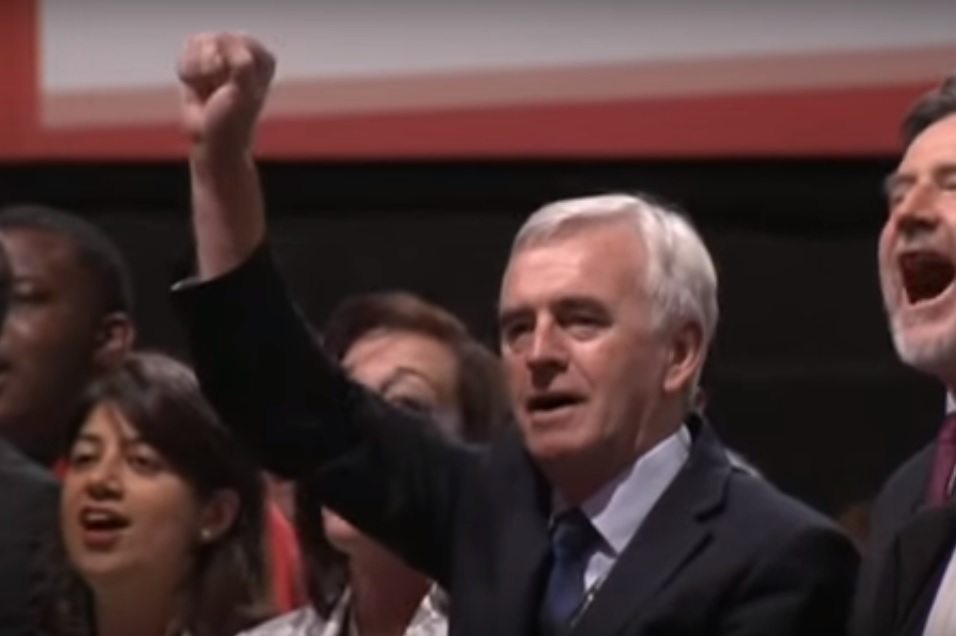 The annual Labour conference was brought to an end on 28 September with the party’s two staple songs: The Red Flag and Jerusalem. But while the first may seem like the most obviously socialist song, the second is actually a lot more radical than you might think.

Jerusalem is recognised widely as England’s unofficial national anthem, and as a Christian hymn. But in reality, it’s much more of a call for revolutionary action.

The city and the notion

Jerusalem is an 1804 poem by William Blake which was set to music in 1916. It’s hated by some on the right, and is an official hymn for both the Labour Party and the trades union movement. The rights to the song were even held for a long time by the suffragette movement.

But Blake’s poem isn’t talking about the disputed capital of modern Israel. Instead, the Bishop of Durham spoke in 2007 about how Christians had long seen Jerusalem as “the place where heaven and earth came together”, and as representing “the notion that this present world can be transformed”. And this is exactly what Blake was referring to when he wrote his poem: the idea of creating heaven on Earth – a perfect society.

Ironically, this couldn’t be much further from reality in today’s Jerusalem. As former UN diplomat John Bell has explained, Palestinians make up a third of the multi-cultural city’s population, but are not considered Israeli citizens. And as a result, they see Israel as an occupying force, which has cut them off from their neighbours and families in the West Bank with a city wall – breaking many centuries of social and economic links between the West Bank and Jerusalem.

Revolutionary, religious, or both?

According to Judy Cox at Socialist Review, Blake was “a radical poet and artist who lived most of his life in poverty and obscurity”. Both “deeply religious” and a supporter of the French Revolution of 1789, he:

condemned the institutions of government, army and church and championed the poor and downtrodden.

Blake clearly uses religious language and imagery in Jerusalem but, as the Bishop of Durham noted in 2007, the poet was actually being highly subversive – pointing out how far England was from being perfect. For example, “Was Jerusalem builded here among these dark Satanic Mills?” The answer was a resounding no.

In Jerusalem, Cox says, Blake’s focus was to rail “against those who seek to prevent a new world being created”. Rather than writing a patriotic tribute to the England of his time, he was criticising both war and exploitation, while calling for the creation of a fairer, more peaceful society. And he was determined to see this happen, as we can see in the final lines of the song:

I will not cease from mental fight,

Nor shall my sword sleep in my hand,

Till we have built Jerusalem,

In England’s green and pleasant land.

With its radical call to action and inspiring music, it’s no wonder that a range of social movements have made the song their own over the last century. But could it actually become England’s national anthem?

As Scotland and Wales have adopted their own national anthems over the years, English campaigners have argued that Jerusalem would be the best candidate for their own national song. There may still be some confusion over its meaning (with a number of people seeing it as a patriotic hymn rather than a revolutionary rallying cry), but there’s definitely good reason to argue that it’s a progressive alternative to God Save the Queen.

– Let us know what you think England’s national anthem should be.