While Theresa May sits idle, Mhairi Black is owning the fight for women's rights - Canary 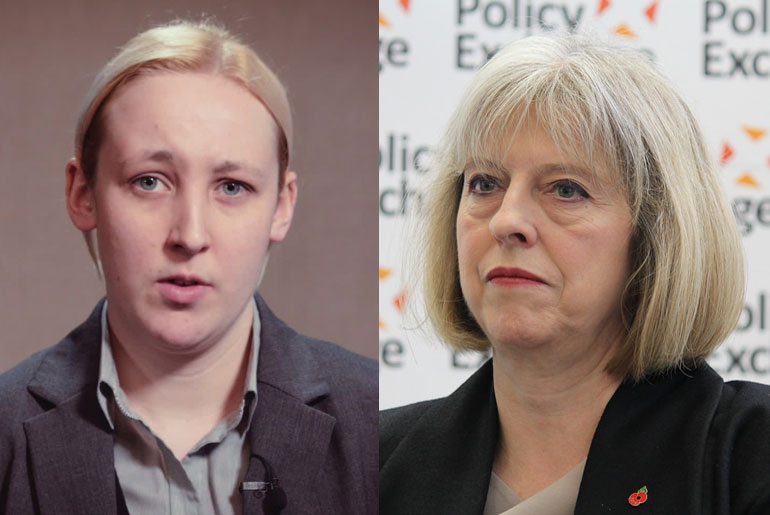 The Conservatives’ Pension Act 1995 included plans [pdf] to increase the state pension age (SPA) for women from 60 to 65 — making it equal to men. While it’s a good idea to equalise the laws, the Conservatives’ poorly planned change has now left thousands of women struggling to cope financially. But as Theresa May leaves thousands in the lurch, Britain’s youngest MP – Mhairi Black – continues to fight back.

According to the Pension Act 1995, from April 2010 to 2020 women’s pension age would increase from 60 to 65. But the Coalition government adjusted these plans [pdf p3] and accelerated the agreement so that the SPA will now reach 65 in November 2018.

Thousands of women have been left without help because of these changes. A campaign group called Women Against State Pension Inequality (WASPI) has been fighting against the Conservatives on the matter. Black has supported this group heavily. While it agrees that both sexes should have the same pension age, it argues the transition time was unfair and women weren’t given enough support to adjust.

As WASPI highlights, and countless stories support, older women find it hard to secure employment. Likewise, as a result of the unexpected changes, many women didn’t prepare an adequate private pension. They are consequently forced to take jobs that don’t offer financial security. Statistics show that women and over 55s [pdf 12] are now among the highest demographics on zero-hour contracts.

While the government argues [pdf 3] that the changes to the Pension Act were debated at length, WASPI claims women were not appropriately notified— a point which many MPs, including Shadow SNP Spokesperson for pensions Ian Blackford, agreed with during a debate on the matter on 9 February.

While the government fails to do anything, Black has once again joined WASPI to take action.

There are two factions of the movement, WASPI and WASPI Voice. Both address the same issue, but take different approaches and want slightly different resolutions. Black has shown her support for both groups.

On 14 February, WASPI Voice launched a petition calling for the government to “implement optional early drawing of a reduced state pension for the 1950s women”.

Within two days of launching, the petition received over 5,000 signatures. To support the petition, WASPI Voice has announced a Combined Groups March from Waterloo to Westminster on 21 February. The march will be led by Black and Blackford. And WASPI has organised a protest in Westminster on 8 March.

Knowing Black’s resilience, she won’t be giving up on this campaign – or defending people in need – any time soon. Meanwhile, our Prime Minister continues to abjectly fail to protect women’s rights.

–Write to your MP about WASPI.