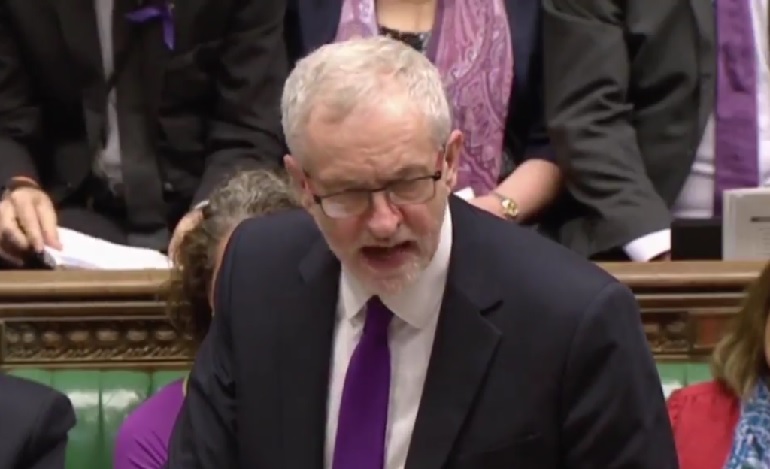 On 7 March, Chancellor Philip Hammond tweeted that his first budget would build “a stronger, fairer, better Britain”. But after hearing Hammond’s plans on 8 March, Labour Party leader Jeremy Corbyn was far from convinced. He criticised the Conservative government for building its budget on “unfairness” and a “failure to tackle unfairness in our society”.

The Conservative’s Budget is built on unfairness and failure. #SpringBudget #Budget2017 pic.twitter.com/vzfuYt4SYx

This was “another year”, he said, of “tax breaks for the few” and “public service cuts for the many”. He also insisted that:

This budget has done nothing to tackle low pay; nothing to solve the state of emergency that persists for so many people demanding and needing health and social care now.

The Labour Party’s Twitter feed, meanwhile, echoed Corbyn’s message of a budget built on “unfairness”. And it claimed the budget had failed to address the “problems created by 7 years of Tory failure”. In the extended video of Corbyn’s speech, we hear the Labour leader insist that, for millions of British citizens, the current economy is simply “not working”:

The #Budget2017 does not address the problems created by 7 years of Tory failure. It’s a Budget built on unfairness and failure. Agree? RT ↓ pic.twitter.com/Q15GhtFE0B

Others felt the same way…

Green Party co-leader Caroline Lucas shared Corbyn’s views on a Conservative budget built on unfairness. In particular, she highlighted how it had cut taxes for the rich and raised them for the poor:

Increasing higher rate threshold to £50k is tax giveaway to top 15% of earners. Is that an 'economy that works for everyone'? #Budget2017

She also criticised the government for the absence of measures to tackle climate change, calling the budget a “colossal wasted opportunity” and a “woefully inadequate response” to the current health and social care crises:

A #Budget2017 speech summary: No mention of climate change, a pittance for the #NHS, a woefully inadequate response to social care crisis.

SNP economy spokesperson Stewart Hosie also had strong words for the government, which he slammed for “balancing the books on the back of the poor”:

.@StewartHosieSNP has responded to the #Budget2017 where UK gov attempts to cut its way to growth & balance books on the backs of the poor pic.twitter.com/pDJhSk53Nn

Building on the foundations of inequality and injustice

On 8 March, Philip Hammond continued to cut corporation tax; he astonishingly claimed that the Conservative Party is “the party of the NHS”, while doing precious little to solve the health and social care crises that his own party has created; and he launched a shocking assault on self-employed workers. That is not an ‘economy that works for everyone’. It’s one that balances the books on the backs of the poorest citizens. And it’s one that is fundamentally built on unfairness.

Progressive opposition parties all seem to agree on that. And if they unite, they may just be able to stop the Conservative government in its tracks, and tackle the unfairness that plagues British society today.