Theresa May has already backtracked on an EU 'promise', putting the UK on the back foot - Canary Workers’ Co-op 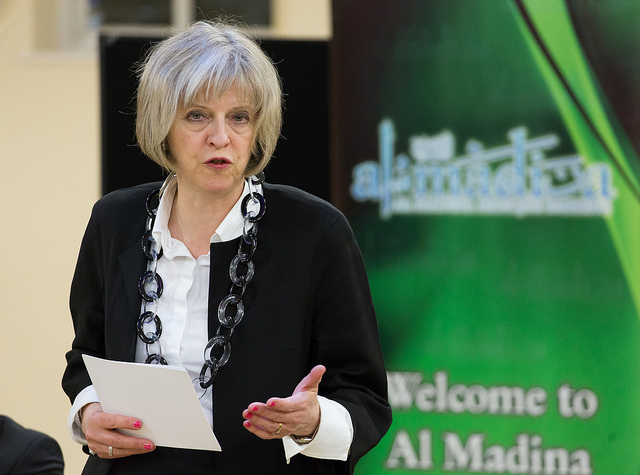 In the Article 50 letter Prime Minister Theresa May sent to the EU, she appeared to threaten to remove cooperation on security if a good Brexit deal isn’t met. But now the UK government has made calls to EU officials backtracking over that ‘blackmail’ scandal.

This “blatant threat” received heavy criticism from politicians. Both at home and abroad. Especially in light of the recent Westminster attack. But with May being forced to backtrack at the beginning of negotiations, it shows Brexit is off to a rocky start.

May’s Article 50 letter tied a future EU-UK agreement to security co-operation, which UK officials said was “a simple statement of fact”. Currently, the UK works with Europol on counter-terrorism. But the letter stated:

In security terms, a failure to reach agreement would mean our cooperation in the fight against crime and terrorism would be weakened.

Conflating a future deal with security sparked outrage. And MPs spoke out against the move. Leader of the Socialist bloc in the European parliament, Gianni Pittella, commented:

I think the security of our citizens is far too important to start a trade-off of one and the other. Both are absolutely necessary in the future partnership without bargaining this one against the other.

And that unfavourable attention has now seemingly forced May to backtrack.

May forced to backtrack

EU officials revealed that the phone calls had occured in their formal response to the start of negotiations. And fortunately for May, EU officials seem willing to overlook this “misunderstanding” in favour of positive negotiation.

I would like to confirm that, even though it was something that hit the headlines, and many people including ourselves noted, we have had reassurances from the British Government that this is a misinterpretation.

And he says he will take “the British Government’s word”. Meanwhile, EU President Donald Tusk emphasised the importance of international cooperation, stating that terrorism is “our common problem”.

As Brexit negotiations continue it is surely hoped that this good faith is maintained. But May’s backtracking does set a standard for ongoing negotiations. And it could leave the UK on the back foot.

Brexit ‘off to a bad start’

May’s blunt stance on negotiations has her under fire. And with a hard Brexit clearly on the government’s agenda, Britain’s future hangs in the balance. The Article 50 letter was the first step in difficult negotiations, and it ultimately appears to have missed the mark.

Support The Canary if you appreciate the work we do. For the price of a coffee.