A powerful group has attacked Labour's manifesto, and it's seriously boosting Corbyn's campaign - The Canary 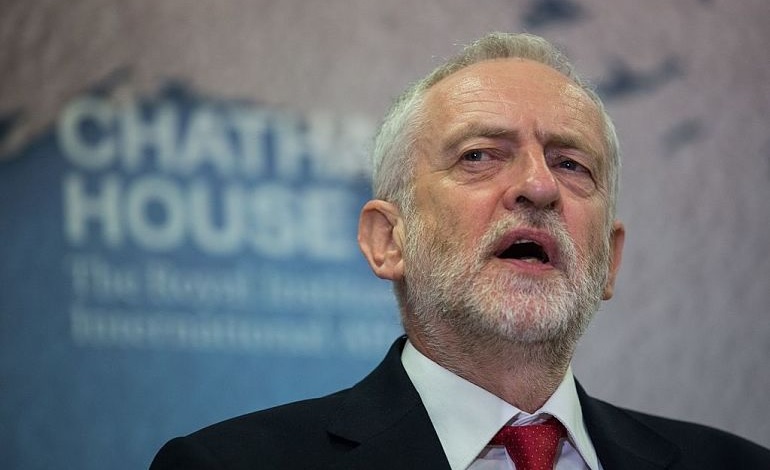 Since the Labour Party released its manifesto, the mainstream media has typically come out with all guns blazing. As have politicians from other parties. But other powerful groups have also criticised Labour’s plans.

And their intervention cuts to the heart of what’s at stake in the coming general election.

Business groups and leaders have spoken out about Labour’s proposals. Some they said deserve “three cheers”, such as investment in infrastructure and a skills boost through education. But they’re hostile to the introduction of pay ratios and a ban on zero hours contracts. And they had one major criticism of the overall direction of manifesto. Director-general of the Confederation of British Industry (CBI), Carolyn Fairbairn, explained:

Labour’s proposals taken as a whole prioritise state intervention over enterprise, and fail to offer the pro-growth and competitiveness agenda the country so badly needs.

The “state intervention” Labour has proposed involves bringing rail, water, the Royal Mail, and part of the energy sector into public ownership. This, Fairbairn asserts, will damage “growth”. But growth for whom? Because with the hugely profitable nature of these industries, it’s certainly going to grow the Treasury’s budget; a stockpile that the UK public officially owns. And one that its chosen government can then reinvest to benefit them directly.

Unsurprisingly, the business community didn’t condemn the Conservative government when it ‘intervened‘ heavily in tax affairs; to the detriment of its own public purse. Before 2010, when the Conservatives formed a government with the Lib Dems, corporation tax was set at 28%. It’s currently charged at 19%. And the Tory government planned to cut it to 17% by 2020.

In contrast, Labour has now said it will raise corporation to 26% by 2020. Right-wing media platforms are describing this rise as a bombshell. Yet it is a less dramatic increase than the Tories’ decrease of corporation tax. So why is a tragedy playing out across the UK’s front pages?

Because it changes the balance of who tax policy benefits; the public will be better off if corporation tax is higher. Although 26% is still by far a better rate for businesses when compared to other competitive countries.

Another criticism of Labour’s plans surrounds the costs it will incur, and the borrowing that will be necessary to fund them. Channel 4‘s Cathy Newman, for example, accused Labour’s Emily Thornberry of putting forward plans that will leave the country with “no money left”.

Yet it’s rare for the media to explicitly raise the Conservative government’s record on borrowing. David Cameron inherited a national debt of £811.3bn when he became prime minister in 2010. That debt has now increased to £1,729.5bn. So the Tories have more than doubled the debt, by £918.2bn, in their seven years in government.

And what does the British public have to show for it?

In Labour’s Negotiating Brexit section of its manifesto, the following statement is made:

For many people and for much of our country, power can feel just as remote and unaccountable in Westminster as it does in Brussels. So a Labour government will seek to put powers as close to communities as possible.

And this sentiment, of giving power back to the people, is not exclusive to the manifesto. It has permeated the party since Corbyn became leader. Although such public ‘intervention’ is usually scorned by Conservatives in parliament.

But that’s what Labour is offering to the public. It’s a plan that will mean essential services are run by the public, in their interests, and the proceeds from those services will return to the public. And yes, Labour will have to borrow to fund the transition, as the Conservatives have done extensively over the last seven years, but then these services will belong to us all.

That is what’s at stake in this general election. So it’s fundamentally a question of whether the UK public is ready to go all in, and really take back control.