You may have missed it, but Paul Mason's appearance on BBC Newsnight left the host gobsmacked [VIDEO] - Canary 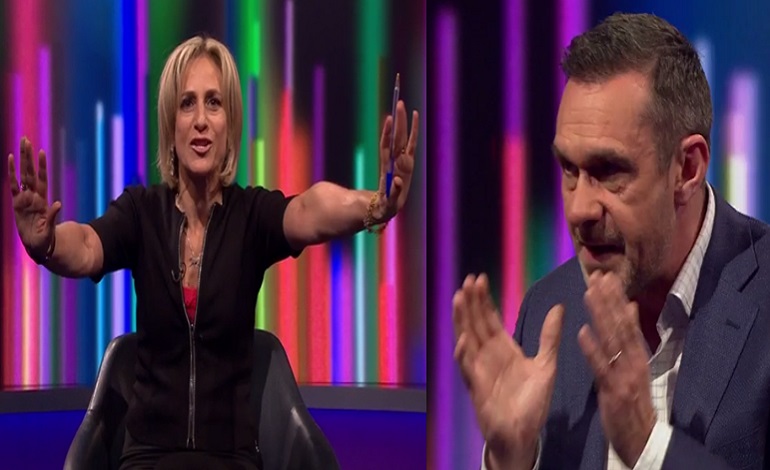 On Friday 2 June, journalist Paul Mason appeared on BBC Newsnight, alongside LBC presenter Iain Dale and Lib Dem adviser Polly Mackenzie. Host Emily Maitlis was in the chair. But to say she had her work cut out trying to control the debate would be an understatement. But despite the constant interruptions, Mason absolutely nailed every criticism of Jeremy Corbyn that was thrown at him.

Maitlis opened the debate by saying [31.35] the trio “had been very good at not being too tribal up until this point”. Something she probably lived to regret. As from the off, Dale was immediately on the attack against Mason.

Mason began by asserting that Theresa May and Corbyn had, up until this point, “failed to be quizzed expertly” in the various debates and interviews they had taken part in. But Dale attempted to turn this back on Mason, by referring to the abuse BBC Radio Five Live presenter Emma Barnett had received. Mason, however, wasn’t being distracted:

Dale disagreed with Mason’s assertion on the leaders’ interviews, claiming that politicians are sometimes like “gulping goldfishes”, getting “found out” when questioned by the public. And he went on to say that after the Question Time special earlier that evening, Corbyn had been “found out”:

Corbyn has repeatedly condemned the terrorist atrocities committed by the IRA. For example, as early as 1994 the now Labour leader signed a motion in parliament condemning IRA actions. So, it is unclear what part of this Dale misunderstood.

The debate then shifted to the panel’s predictions for the outcome of the election. Both Dale and Mackenzie said they were expecting a Tory majority. But Mason had a different view, and nailed his point perfectly:

The polls generally reflect the assertion that Labour needs young people to vote. It has a strong lead over the Conservatives among under-40s, according to YouGov. And student support for Labour has leapt to 55% under Jeremy Corbyn, according to research from the Higher Education Policy Institute (Hepi) and YouthSight. In comparison, student support for Labour was at 35% towards the end of Ed Miliband’s leadership in 2015. And under Tony Blair in 2005, only 23% backed Labour. And with 1 million young people now registered to vote since the election was called, this could shift the result on 8 June.

The debate then shifted to the style of the leaders. And Mason noted something about May that Dale really didn’t like:

It is a fact that the PM has been refusing to do TV appearances and has actually gone missing during the election campaign. She refused to take part in the 7-way televised debate; she then backed out of BBC Radio 4 Woman’s Hour. She pulled out of all BBC Radio interviews altogether. And on Friday 2 June she nearly didn’t turn up at a pre-planned walkabout in Doncaster. Whereas Corbyn’s public campaigning and televised appearances have, in the main, been relentless.

Mason: One. Rest of the World: Nil

The debate concluded much as Maitlis hoped it wouldn’t. With each side tearing strips off each other. But while Dale used meaningless slurs about Corbyn, Mason hammered home his points about both the Labour leader and May. And Maitlis, asking which side has played the “dirtiest”, struggled to keep control:

Mason is exactly the kind of journalist Corbyn needs on his side at present. With just a matter of days until voters go to the polls, the Tory smears about Labour will probably reach fever pitch. So, cutting through fact and fiction will be crucial. And on Newsnight, Mason gave a masterclass in doing this.