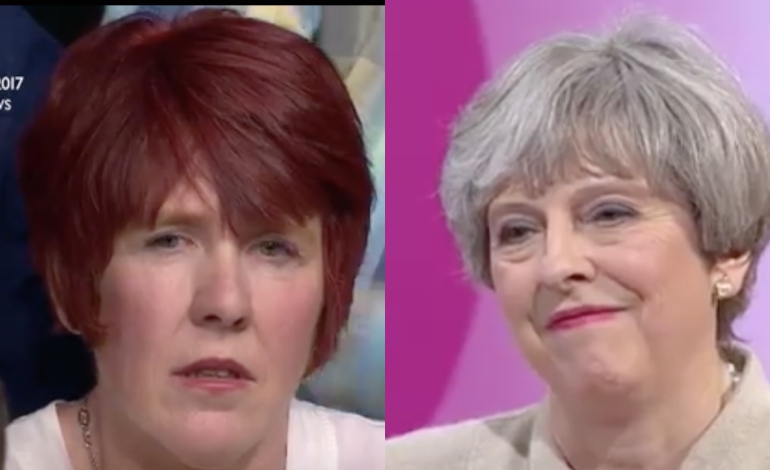 It took Theresa May just ten seconds to lose the vote of ever single public sector worker and their supporters during the BBC Question Time election special.

How will you help NHS workers?

A nurse questioned May about the NHS and public sector pay. She asked:

Do the Tories expect [NHS staff] support in light of another 1% pay increase?

May continued with her usual platitudes about how much money the Conservatives claim they are putting into the NHS. But Dimbleby interrupted her:

But nurses are getting paid less and less.

May started to say “nurses get an increase” but she was interrupted by the questioner saying, “No, no”.

And another member of the audience stated:

And the nurse agreed:

My wage slips from 2009 reflect exactly what I’m earning today. So how can that be fair in light of the job we actually do?

And this lead to the really damaging response from May that should lose her the votes of every public sector worker in the country. And the votes of everyone who wants to see our public services valued and its workers paid a decent wage. May stated:

I’m being honest with you in terms of saying that we will put more money into the NHS but there isn’t a magic money tree we can shake that suddenly provides everything that people want.

But the problem for May is that there is a “magic money tree” for the wealthy in the UK. Britain’s richest 1,000 families are well on their way to tripling their wealth since the financial crisis, while austerity bites the rest of us. Since 2009, the top 1,000 families have increased their fortune by over 155%.

And Labour is providing clear alternatives. Its plans to increase corporation tax and income tax for the top 5% will provide money for our struggling public services. Jeremy Corbyn is showing that we don’t need to have a country where the rich get richer while our public sector workers struggle.

The ten seconds that say it all

May scored a massive own goal by attempting to use her latest ‘magic money tree’ catchphrase against a nurse. Telling someone struggling that they can’t have a pay rise when her government is overseeing such a massive redistribution of wealth to the richest is rude and patronising.

NHS workers have already spoken. They have told us it is our “public duty” to get rid of the Tories if want to save the NHS. May’s comments are the icing on the cake. And there can be no doubt that she now doesn’t have a shred of credibility left with public sector workers.

Let’s save our public services. Let’s take the opportunity on 8 June and vote for a country where the NHS and its workers are valued and respected.