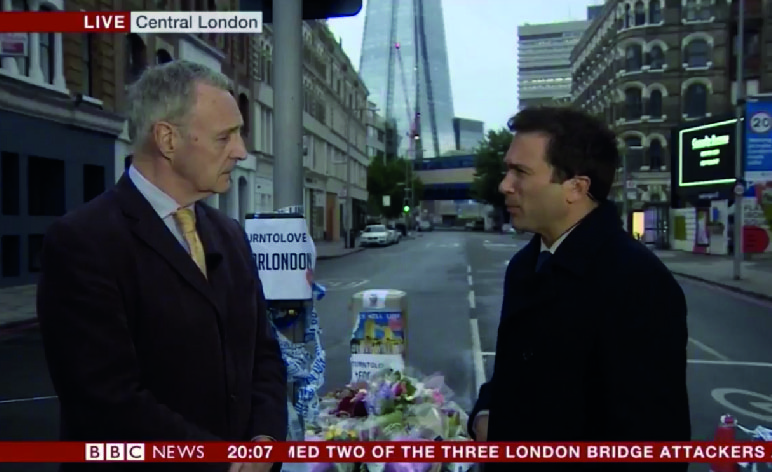 Professor Michael Clarke, a researcher in UK counter-terrorism, has told the BBC that the last two terror attacks could potentially have been avoided.

Among other roles, Clarke has been a specialist adviser to the House of Commons Defence Committee since 1997; was appointed to the Prime Minister’s National Security Forum in 2009; and joined the Chief of Defence Staff’s Strategic Advisory Group in 2010.

One of the London Bridge attackers, Khuram Shazad Butt, was in the Channel 4 documentary The Jihadis Next Door. The BBC put it to Clarke that people may be shocked that Butt was later able to commit a terrorist attack. Clarke responded:

I always get asked in these cases ‘could this have been prevented?’ And usually the answer is no. But in the case of the Manchester attack last month, and on this case, the answer may be yes. Because there were some red lights flashing. Certainly, [in the] case of Mr Butt, not in the [case of] the other gentleman who was named so far. But certainly with Abedi in Manchester and Butt now, it looks as if there were some indications that, on the face of it, may have been missed. And I think that will be a great concern.

Clarke was then asked his opinion on whether police cuts could have had an effect:

Cutting police numbers is important for all sorts of reasons, but what they miss in cutting numbers of police on the beat, as it were, is that community intelligence. The fact that, as a policeman said to me not so long ago, it’s the local butcher having a chat with you; it’s the fellers on the high-street telling you about this, telling you about that. That sort of community involvement with the police, that may have suffered because of police cuts, and that’s actually something that feeds in, not just to terrorism, but crime in general.

Following the recent attacks, the Tories have been sent a message from former police officers, police unions, and now counter-terrorism experts. Politicians like Boris Johnson are trying to paint it as a Labour vs Conservative issue. But the real issue is safety vs insecurity. And no matter who wins on 8 June, it is imperative that they actually listen to the experts.