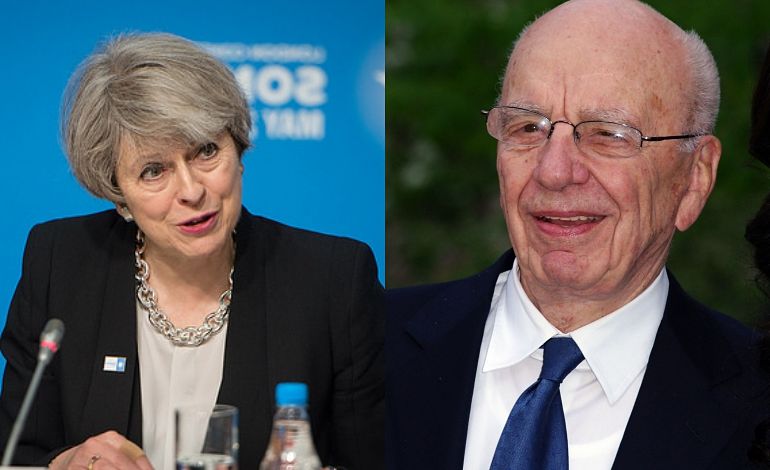 Deputy leader of the Labour Party Tom Watson has written to Theresa May with some difficult questions about her appointment of Michael Gove to the cabinet. In particular, Watson wants to know what, if any, influence Rupert Murdoch had over the appointment.

Watson wrote in his letter:

It has been suggested to me that Rupert Murdoch asked you to appoint Michael Gove to the Cabinet. Given your failure to secure a parliamentary majority and the consequent weakness of your position, it might be tempting to allow yourself to be influenced by powerful media proprietors who can shape the way your Government is covered.

And he asked the following questions of the Prime Minister:

But the fact remains that Murdoch does have unprecedented access to the Conservative government. According to analysis by the Media Reform Coalition and 38 Degrees, senior executives from Murdoch-owned companies met with the Prime Minister or Chancellor 10 times in a year. This is more than any other news organisation.

These findings show that Murdoch continues to enjoy astounding access to senior politicians.

But whether Murdoch’s influence extends to being able to tell the PM who she should put in her cabinet is a step further than even these meetings.

But there are potentially even more important questions about whether Gove should be Environment Secretary. Green MP Caroline Lucas tweeted:

Beggars belief. One look at Gove’s voting record shows him unfit for this job: https://t.co/IIzaJRek8I https://t.co/TzIxt4duNp

Lucas is right. Gove, for example, voted against measures to prevent climate change. And he also voted for selling off England’s state-owned forests. In fact, his record is so appalling that one Twitter user turned it into a helpful graphic:

Gove’s record when he has been in cabinet has been appalling. In fact, Gove’s record in education was so disastrous that he was labelled the “most hated coalition minister” in 2014.

And now, he is in charge of the environment – arguably the most important role in government. According to the World Economic Forum in 2016, climate change is the biggest threat to the global economy.

Whatever May’s reasons for appointing Gove, there are serious questions that need raising. Watson is right to question whether Murdoch had a role in his appointment. And it is vital to our democracy that May gives transparent answers to Watson’s questions.

But we all also need to ask a serious question about Gove’s suitability for his job. And based on his voting record and his previous work, the answer is a resounding no.