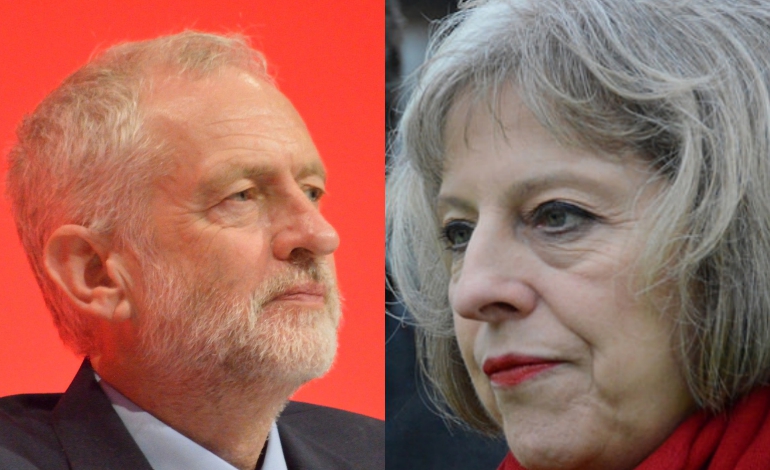 Jeremy Corbyn and Theresa May have both visited the site of the Grenfell Tower fire. But while May hid from residents and most of the media, Corbyn’s humane response put her to shame. And two images from their visits made the contrast even clearer.

On 15 June, May visited Grenfell Tower. But she allowed no media, and she refused to meet residents. Unsurprisingly, this caused a lot of anger:

Feeling genuinely angry that Theresa May would go to the scene of a disaster like Grenfell and choose not to speak to residents.

This afternoon Theresa May is making time to meet with the DUP. She didn't have time for the residents of #GrenfellTower though. Disgusted.

And understandably, residents were furious with May:

Distraught woman resident tells Jeremy Corbyn: "Theresa May was here but she didn't speak to any of us. She was s**t."

Corbyn’s response, on the other hand, was genuinely moving. He met residents, hugged them, and listened to them. People pointed out the massive difference with May’s visit:

The country needs you… Someone has to be held accountable… We do not want this kicked into the long grass.

I will speak up for you. Because we’ve got to get to the bottom of this. The truth has got to come out. And it will.

"The truth has got to come out," Labour leader Jeremy Corbyn tells community leaders at scene of #GrenfellTower fire https://t.co/kjyyt5tGFr pic.twitter.com/LwDSbmF70Q

May has also announced there will be a full public inquiry into the fire. This is good. But public inquiries can run on for years. And people need answers and accountability sooner than this.

But there are further questions that are unlikely to be covered by any inquiry. About how the Conservatives’ cuts have affected our public services. About the fire stations that have closed. And about the 15% increase in fire-related deaths since cuts to the fire service.

Moreover, people want urgent action. There are 4,000 tower blocks that have had the same building regulations applied to them as Lakanal House – the site of another devastating tower block fire. Things need to change now before another avoidable tragedy occurs.

People are angry. They are not interested in May’s platitudes. They want and need someone to hold those responsible to account. And in hiding from the public once again, May has shown she is not capable of this.