As the Tory media go ballistic about student debt, James O'Brien nails what they're hiding from us [VIDEO] - The Canary 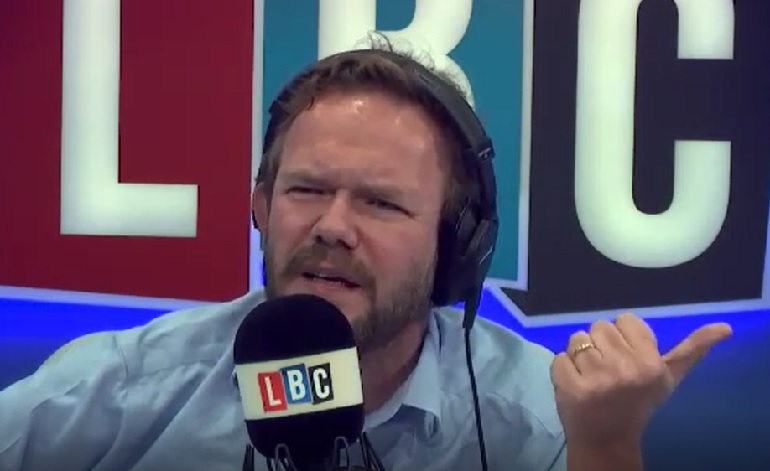 Tory media outlets have been going ballistic over Jeremy Corbyn’s supposed ‘promise’ to get rid of existing student debt. But for LBC radio presenter James O’Brien, this looks a lot like diversion tactics. And he knows exactly what they’re hiding from us.

Theresa May was recently accused of “spreading fake news” for claiming:

The right-wing press has also reported on this accusation, even though it’s been repeatedly debunked.

The truth is that the Labour manifesto [pdf] promised to “abolish university tuition fees”, but included no mention of wiping out existing student debt. Corbyn had simply told [8.30] NME on 1 June that he was considering how to help out with existing debt, saying:

Yes, there is a problem of those that currently have a massive debt. And I’m looking at ways that we could reduce that… lengthen the period of paying it of, or some other means of reducing that debt burden. I don’t have the simple answer for it at this stage. I don’t think anybody would expect me to because this election was called unexpected. We had two weeks to prepare all of this…

And on 23 July, Corbyn clarified once more:

Pro-Tory media? Deceitful hypocrites? Whatever next?

But days after Theresa May’s ‘misrepresentation of the facts’, the right-wing media was still jumping up and down about the issue of student debt. On 24 July, for example, The Mail screamed about CORBYN’S STUDENT DEBT HUMILIATION:

The Sun, meanwhile, spoke of a supposed Corbyn “U-turn”.

But James O’Brien was having none of it. He pointed out the media’s hypocrisy: making a big fuss about an imaginary Labour U-turn while being relatively silent about numerous Tory U-turns. In particular, he questioned why Corbyn’s stance on existing student debt was front-page news while “the Conservative Party’s abandonment of pretty much everything in the manifesto isn’t front-page news”. He said:

Off the top of my head, there’s even the… fairly low-rent stuff like fox hunting…

the dementia tax… [they] said they were going to do something, didn’t. Now they say they’re definitely not… The ivory trade was supposed to be restarted. They’ve reversed on that…

Is there anything that was in that manifesto that is still Conservative Party policy?

O’Brien slammed pro-Conservative commentators for being “quite relaxed and ambivalent” about Tory U-turns while “susceptible to the tabloid whipping up rhetoric of a promise Jeremy Corbyn didn’t actually make being broken”.

If you need a better illustration of how bonkers British media has become, surely that would be it.

Quick, quick, let’s talk about something else!

Back in June, Foreign Secretary Boris Johnson let slip why the Tories have apparently dropped so many parts of their 2017 manifesto, saying in a disastrous interview:

And that is precisely what both the Conservative-led government and its cheerleaders in the corporate media don’t want us to talk about. They want to put the focus back on Corbyn’s Labour. Even if that means shouting about non-existent promises being broken.

As O’Brien says, this is indicative of the state of Britain’s corporate media today. Misinformation. Double standards. And protecting the powerful rather than holding them to account.