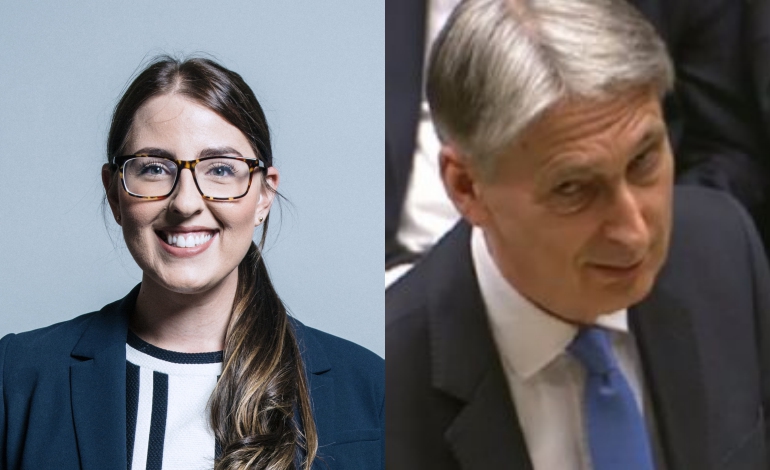 It took just one tweet for Labour MP Laura Pidcock to nail the problem with Philip Hammond’s budget speech.

So many people are desperate for a budget and an economic plan that will help them out of poverty and insecurity and @PhilipHammondUK and this government are performing pre-rehearsed stunts and turning #Budget2017 into a pantomime. Disgusting.

It’s all one big joke

Hammond seemed to think that the state of the economy is a laughing matter. Within half an hour of starting his budget speech, he’d made seven jokes. This included what Pidcock described as “pre-rehearsed stunts”, such as Hammond joking about Theresa May’s conference speech and May then offering him a pack of lozenges.

As Pidcock points out, people in this country are “desperate”. The Trussell Trust network of foodbanks has given out 1,182,954 food parcels over the last year; the rollout of Universal Credit is carrying on despite incessant stories of its failure; 159,000 households are homeless or in unsuitable accommodation; and the government has been accused by the UN of committing “grave” and “systematic” violations against the rights of disabled people.

A “pantomime” budget filled with lame jokes is an insult to all those affected by austerity. And the fact that Hammond thinks this is acceptable behaviour shows exactly how out of touch the Tories are with the rest of the country.