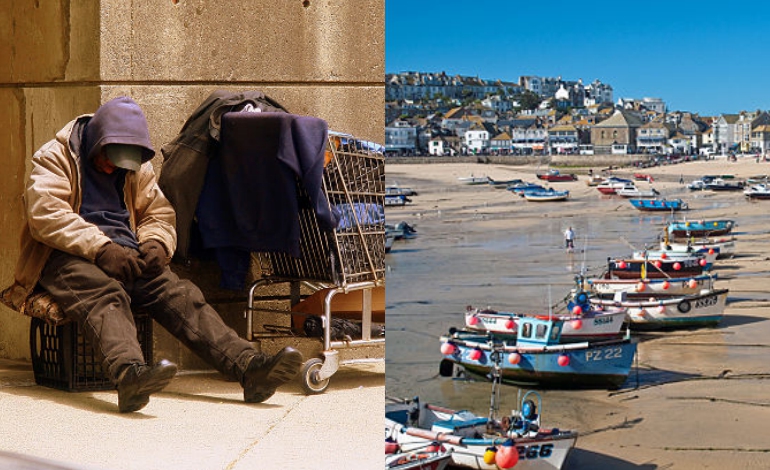 A new report by the Social Mobility Commission (SMC) has identified areas with the worst prospects in the UK. And its study of national inequality has turned up surprising results. Especially for those still clinging to the concept of the ‘North-South divide‘.

The boundary between Northamptonshire and Warwickshire, known as the ‘Watford Gap’, has traditionally been given social and economic importance. The perception was that areas to the north were more disadvantaged than those to the south. As recently as 2015, reports suggested the North/South divide not only still existed, but had widened. Living south of the Watford Gap therefore meant better prospects for education, employment and wealth.

The SMC’s report provides an analysis that is not so simple. Titled State of the Nation, the paper concludes that some of the wealthiest areas of the country actually have the worst prospects for disadvantaged children. The chair of the SMC, Alan Milburn, stated in The Guardian that North/South is no longer an appropriate marker:

London and its hinterland are increasingly looking like a different country from the rest of Britain. It is moving ahead, as are many of our country’s great cities.

The report ranked all 324 authorities in England and Wales for how well those from disadvantaged backgrounds fared. West Somerset ranked lowest. Other boroughs to perform badly included Crawley in West Sussex and West Berkshire, both also in the supposedly affluent South.

The east and west Midlands also scored poorly, as did coastal regions in general.

The report’s stark conclusion is that life chances are governed by geography rather than talent. Speaking to the BBC, Milburn stated:

Your chances of getting on really depend on where you’re from and where you live.

It may have fractured, but inequality has increased under seven years of unnecessary austerity. The SMC’s report makes that clear. And rather than creating ‘a country that works for everyone’, the Conservative government has split UK society even further.

The North/South divide may no longer exist, but many others now do. East/West, urban/rural, coastal/inland. Only a change in political and economic approach can repair the damage.