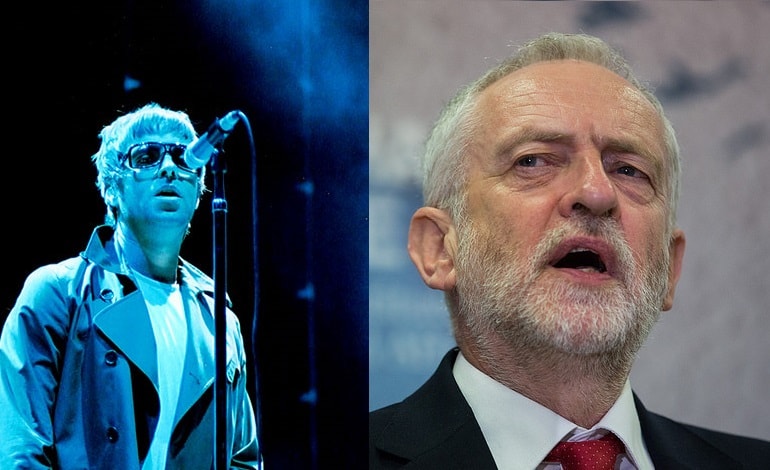 Liam Gallagher may just have the real reason for Noel Gallagher’s attack on Jeremy Corbyn. Asked about his political views by Paste Magazine, Noel opened with:

But an earlier interview with his brother Liam shines a light on why Noel may think this. Speaking to NME in September, Liam called Noel a ‘Tory boy corporate gobshite’.

The brothers, both former members of Oasis, have been vocal with their opinions. Noel previously branded the Labour leader a “communist” and said he doesn’t “care about the aspirational”.

I don’t like what he’s become; he doesn’t like what I’ve not become. It’s not happening in our world at the moment… As far as I’m concerned, he’s turned into a corporate gobshite… He knows there’d be shade over him… He’d just look like some fucking Tory boy next to me.

The opinion that the Labour leader is a communist does enter what is considered to be the serious political sphere. For example, Tim Shipman, the political editor of The Sunday Times, was caught deleting a tweet about Corbyn during the election. Shipman had branded Corbyn a “terrorist loving commie”:

From the perspective of Norway, however, the idea that Corbyn is a communist is certainly laughable. History professor Jonas Fossli Gjersø wrote in Open Democracy:

As a Scandinavian who has spent more than a decade living in Britain, nothing has made me feel more foreign… From his style to his policies Mr Corbyn would, in Norway, be an unremarkably mainstream, run-of-the-mill social-democrat. His policy-platform places him squarely in the Norwegian Labour Party from which the last leader is such a widely respected establishment figure that upon resignation he became the current Secretary-General of NATO.

Yet, here in the United Kingdom a politician who makes similar policy-proposals, indeed those that form the very bedrock of the Nordic-model, is brandished as an extremist of the hard-left and a danger to society.

So who is right? Is the Norwegian Labour movement some dangerous extremist group that unknowingly has occupied the furthest leftist fringe of the political spectrum? If so, a casual glance at the UN’s Human Development Index would suggest that Norway certainly has not suffered as a result of successive Labour-dominated governments. Or is it, perhaps, that the British media’s portrayal of Corbyn, and by extent his policies are somewhat exaggerated and verging on the realm of character assassination rather than objective analysis and journalism?

Indeed, the Labour manifesto offers a mixed economy with democratic ownership of key industries, not a communist revolution. And Norway certainly has not suffered as a result of its policy platform. The World Happiness report, the OECD Better Life index, the UN Human Development Index, the Press Freedom Index – all see social democracies such as Norway lead the world. So it appears Noel Gallagher is indeed, in the words of his brother, talking like a “corporate gobshite”.