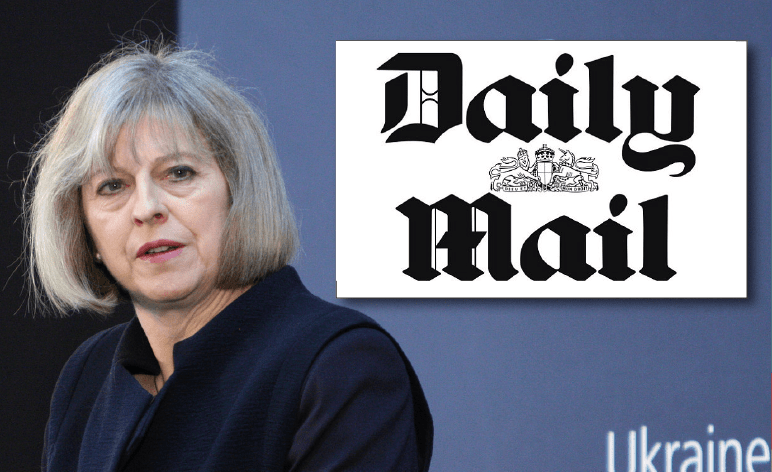 Theresa May’s 2018 reshuffle was criticised for several reasons: not least because she didn’t even [paywall] seem to be in charge of it. It was a reshuffle that saw MPs refusing roles, creating new [paywall] positions for themselves, and occupying jobs for mere minutes. But The Mail has found something else to worry about: 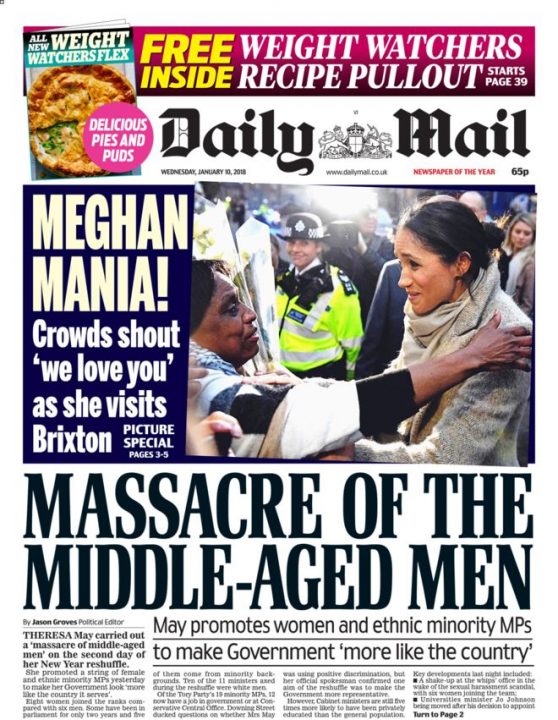 Some people are pointing out how “hysterical” this claim is. But Mail Online readers, if anything, don’t seem to think it’s hysterical enough.

The Mail is referring to the second day of the reshuffle which saw the appointment of junior ministers. The first day ended with [paywall] only five out of 22 ministers being female. This figure was the same before the reshuffle. It also saw the average age of the cabinet undergo a mere change of 52 to 51.

Since the second day of the reshuffle, there are 82 men in government. This is seven fewer than before the reshuffle, and yet they account for nearly 70% of all ministers.

May has said her government now looks “more like the country it serves”. When it comes to the male/female split, it’s true that the government is now ‘more’ closely aligned to reality. But a 70% to 30% male/female ratio is far from the UK population, which is nearly 50/50. Especially as women actually outnumber men.

Although it’s left out of the headline itself, The Mail actually seems to be bemoaning the fall of middle-aged white men. It points out that:

Ten of the 11 ministers axed during the reshuffle were white men.

Of the Tory Party’s 19 minority MPs, 12 now have a job in government or at Conservative Central Office.

The notorious MP Philip Davies was explicit in this too, stating that there is:

The idea that white men are being ousted from government has been criticised, though:

A Telegraph journalist asked if May was sending a signal that 'white men can't do the job'. Seriously. pic.twitter.com/B5zyxsfcz2

Mail Online readers are buying into this narrative. Twitter user The DM Reporter collected the following responses to the reshuffle from a Mail Online comment section: 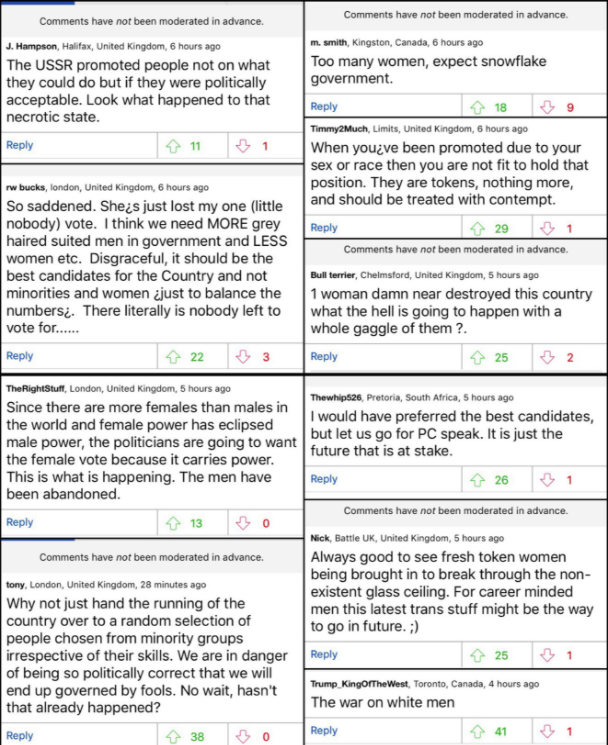 There are obviously many problems with The Mail‘s way of thinking – not least its accuracy. Presumably, the MPs who make up the Conservative Party should all be reasonable candidates for government. If not, then what are they doing there?

May’s latest government looks like just as much of a shambles as the last version. And the only silver lining for those of us who’d rather not live under this government is that it can barely even keep The Mail onside anymore.