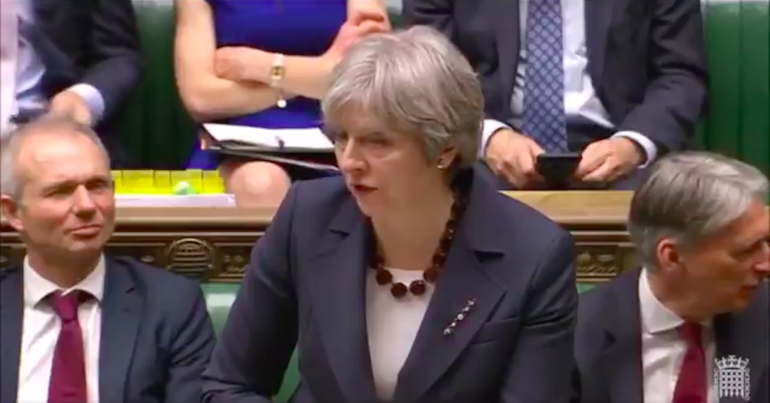 The predominantly right-wing UK press is using the Russian spy poisoning story as yet another excuse to praise Theresa May’s government and criticise Jeremy Corbyn. But according to Plaid Cymru, Russia continues to be the UK’s largest export market for weapons-grade depleted uranium.

Scratching beneath the surface

The UK press has been lavishing praise on May over the Russia spy poisoning story. But it fails to mention that, amid the apparent breaking of diplomatic ties with Russia, Plaid Cymru has accused the UK of making more money from selling depleted uranium – used to create nuclear weapons and fuel nuclear reactors – to Russia than to any other country. The Welsh party says that, in 2016, the UK sold £1.2m worth of depleted uranium to Russia, making up 92% of its total sales. And the prime minister sidestepped a question on this very subject when Plaid Cymru’s parliamentary leader in Westminster, Liz Saville Roberts, asked her about it in parliament on 14 March.

Russia is the UK’s biggest weapons-grade nuclear substances export market…. Will the prime minister confirm whether the UK is still exporting nuclear substances to Russia and, if so, surely this should be among the very first sanctions imposed?

May failed to state whether this commercial relationship will continue or not.

This MP tells the house "sources inform us that Russia is UK's biggest weapons grade nuclear substances export market" and asks the PM if the UK is still exporting nuclear substances to Russia? Theresa May completely ignores the question. pic.twitter.com/3NQJLVT9k7

There is a consequence when a big news story dominates the media. Other urgent stories go underreported or overlooked. This allows the government to go about implementing its agenda of privatisation and weapons sales to repressive regimes around the world with limited or no media scrutiny. This agenda includes taking free school meals away from up to one million children in the UK; and, according to Plaid Cymru, ignoring the fact that Russia is the UK’s biggest nuclear substance export market.

The Canary contacted the government for a response but received none by the time of publication.