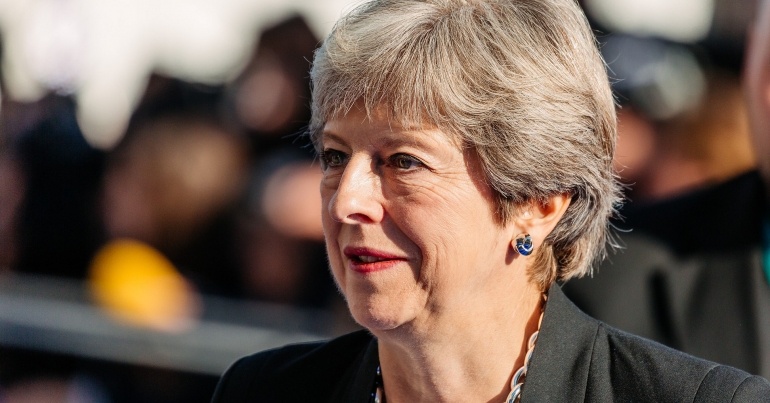 Theresa May was the architect of the hostile environment for immigrants. As such, many believed she should be answering questions in parliament about the Home Office’s failures. But she left that job to the new home secretary, while she spent the day campaigning for the local elections.

May spent the day in Trafford. Trafford is a key battleground in the local elections. The BBC describes it as the Conservatives’ “flagship northern council”. Controlled by the Conservatives since 2004, the party only needs to lose two seats to lose overall control.

So May decided to forgo parliament for a photo-op with children:

Great to welcome @theresa_may to Trafford today to see one of the areas outstanding schools, Brooklands Primary in Sale @seananstee @TraffordBlue pic.twitter.com/3mCKzeKFqx

May later spoke to journalists. So she may at least have learnt something from the 2017 general election when she infamously locked local reporters in a room during a visit.

But it didn’t mean she was actually capable of answering any questions. According to the Manchester Evening News, May was asked three times whether she should resign over the Windrush scandal and “there was something very strange about her answers”.

Many victims of the Windrush scandal blame you personally for what’s happened, rather than Amber Rudd. Is it not a resignation matter for you as well as for Amber Rudd – and have you been using her as a human shield?

If we look at the concerns that people have in the Windrush generation, these people are British, they are here, they are part of us, they have a right to be here.

As The Canary previously reported, May has been called out for her hypocrisy. On an episode of Question Time in 2004, she stated:

Creating a “really hostile environment for illegal migrants” was one of May’s flagship policies. It has caused huge amounts of suffering and anxiety for many people. From the Windrush generation to the women who’ve been on hunger strike in Yarl’s Wood immigration removal centre, and to anyone threatened by her racist ‘go home’ vans, May’s policies have spread misery across the country.

But May, it seems, is not willing to take responsibility. And no amount of photos of her with children can distract from the role she’s played in this scandal.

Everyone who has a vote on 3 May can take action and deliver a clear message to the prime minister – we can and will hold her to account for the misery she has caused.