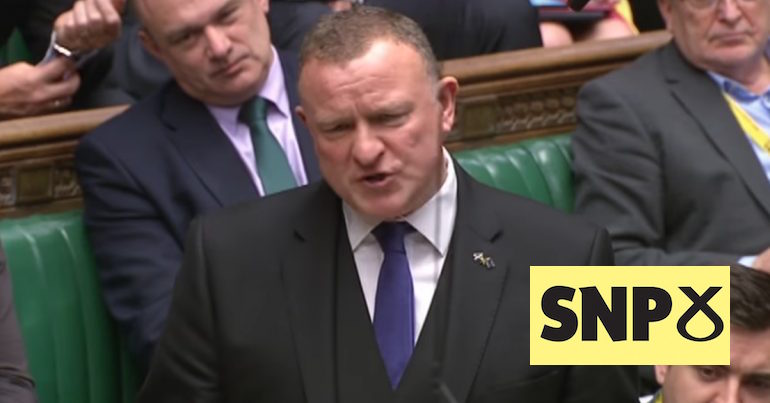 SNP MP Drew Hendry has been a vocal critic of the government’s Universal Credit programme. Now, he has once again lambasted the rollout of this benefit for the way it’s impacting terminally ill people.

“A Tory government at its very worst”

Hendry says the government is forcing terminally ill people to go to job centre appointments just like every other claimant. As Welfare Weekly reports, he said:

People who are dying should not be forced to go to appointments with work coaches, nor should they have to spend their last months fighting for much needed financial support.

The MP for Inverness, Nairn, Badenoch and Strathspey added:

Under existing UK government rules, people with conditions such as terminal heart failure, motor neurone disease and other terminal conditions need to apply for social security in the usual way and are subject to the normal assessments, including work assessments.

They are quite simply not considered terminal enough – this policy exposes a Tory government at its very worst and they are wilfully [sic] failing families dealing with the trauma of terminal illness.

Hendry has raised the issue many times before in parliament. But the government is still not doing enough to ensure that terminally ill patients get the support they need sooner. And as The Canary previously reported, Tory MPs even ‘laughed’ when the SNP MP brought up the topic at prime minister’s questions on 15 November 2017:

New data shows that, due to the complex rules associated with Universal Credit, one in five claims are denied. In response to the figures, Hendry tweeted:

5 year experience here – pilot area to full service. Harmful, shambolic system. No matter how hard working and well meaning the staff are (and they are) #UniversalCredit https://t.co/v8XMLJTqQe

A spokesperson for the Department for Work and Pensions (DWP) offered another explanation, telling the Guardian:

It may be they’ve [claimants] found higher-paying employment and no longer need support. Almost 800,000 people have already applied for universal credit successfully, and anyone struggling with the process can call the helpline or visit their local jobcentre, where staff will help them.

But the sad truth of the matter is that far too many people are struggling with the process and going without the help they desperately need. Calling a helpline or visiting a local job centre isn’t enough. Universal Credit needs a much more systematic rethink. Indeed, the way that this benefit is impacting terminally ill people clearly shows that it’s not fit for purpose.