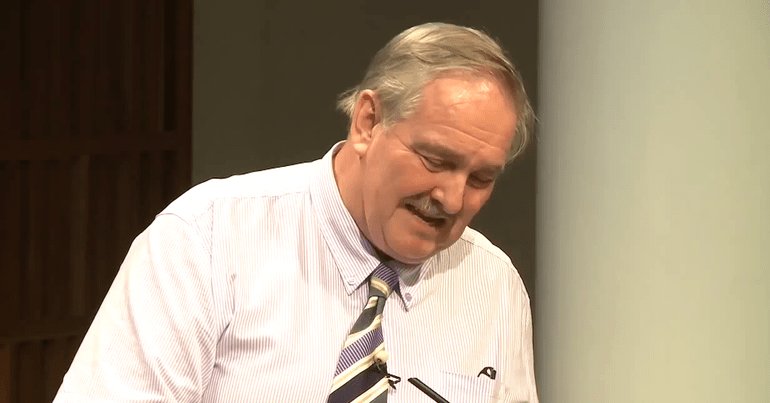 Professor David Nutt has offered updates on the impact of magic mushrooms on people with depression, in an interview with The Canary. Almost a year after his October 2017 study, Nutt said that:

Some have stayed well… I think people might need it once or twice a year… That’s not a lot.

Conventional treatment had not worked for these people.

Nutt was senior author of the Imperial College London study into treating depression with magic mushrooms.

Under the research, 20 people with depression took psilocybin (the naturally-occurring psychoactive compound in magic mushrooms). They took two doses, with a week between each.

After the treatment, patients reported feeling “reset”. And scans showed a reduction of activity in the areas of the brain associated with depression.

Now Nutt has revealed that after just two doses of mushrooms, some patients remained well. But he also made clear that wasn’t the case for many of them. Magic Medicine, a film about three of the patients, will be released in November.

The pharmacologist also has two more upcoming studies on magic mushrooms. One will again study people with depression:

We’re just about to start the second psilocybin in depression treatment. But this time we’re doing it blind. The last one was what’s called an open trial. So everyone knew they were getting it.  Now everyone gets psilocybin but they get different doses.

And one will be on people who aren’t suffering from depression:

in parallel with the depressed people, we’re going to see if we can see brain changes in normal people four weeks after a dose

Why psychedelics can help

The pharmacologist also offered his thoughts on why psychedelics help with depression:

Depression is a state where people get locked in to repetitive thinking… They can’t break it and a lot of it is self-referential. They think about themselves and the mistakes they’ve made…

Under those drugs, it’s impossible to think about yourself because that process is fragmented for a few hours… It may be that just by being able to see there’s another way… because your brain has suddenly not been in that state, it can actually stay out that state.

New Zealand has closed its only clinic that was treating people with depression using the dissociative drug ketamine. Nutt said that, while ketamine has a similar impact on the brain, psychedelics like magic mushrooms seem to have a more profound impact on depression:

The difference in ketamine and the psychedelics is that ketamine effects wear off within a few days… The great thing about psychedelics… when they produce this fragmentation they also make the brain more flexible and more able to reset itself in the right way.

Nutt also spoke of his recent study into DMT. DMT is a molecule that occurs naturally in humans, many animals and plants. When taken as a drug, DMT induces an intense psychedelic experience for a short amount of time – around ten minutes.

The “vicious” attacks on Jeremy Corbyn

Nutt also offered his view on the Labour leader and the ongoing smear campaign against him:

The attack on him is vicious…

I’m amazed he’s survived. There’s a hell of a lot against him. All the right-wing media and all the people behind them… possibly even the US government.

Nutt mentioned that MI5 had a file on former Labour prime minister Harold Wilson. He continued:

They’re supposed to work for us. But they don’t. They work for some kind of peculiar model of government.

He agreed that might be described as a global corpocracy, which is “corporate governance” or “the dominant culture or cultural dominance of large commercial organizations“.

Corbyn “missed such a trick”

Nutt was the government drug advisor until New Labour sacked him in 2009. That’s after Nutt reported on the evidence that LSD and MDMA are less dangerous than alcohol.

Speaking about why it happened, Nutt said:

He also called on Corbyn to rethink Labour’s drug policy in 2018:

They missed such a trick… they could’ve done that last time.

The Labour leader has said that medicinal cannabis should be made available “as quickly as possible”. But he’s currently stopped short of recreational legalisation.

The medical benefits of cannabis are extensive. And it’s remarkable that after only two doses of magic mushrooms, people with depression could still be feeling better almost a year later. Especially given conventional medicine has not worked for them. In short, Nutt is right: we need an evidence-based drug policy. ASAP.

Listen to the interview here: